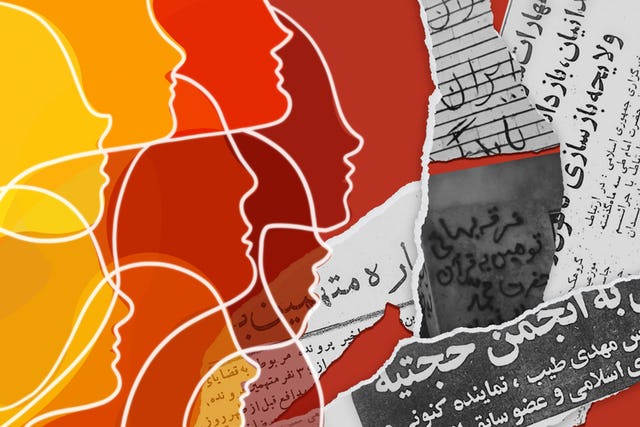 A Twitter storm today, under the hashtag of #StopHatePropaganda and running from 5pm to 7pm GMT, 9.30pm to 11.30pm Tehran time, aims to draw global attention to a 40-year campaign of hate speech conducted by the Iranian government against the Baha’i community in Iran, the country’s largest non-Muslim religious minority.

A statement by the Baha’i International Community (BIC) in Geneva, which represents the Baha’is at the United Nations, said last week that official “propaganda” against the Baha’is had reached new levels of “sophistication and scale” in recent months.

“History is replete with the victims of grievous crimes incited by hate speech,” said Diane Ala’i, the BIC's representative to the UN in Geneva. “We are concerned that the increasing spread of disinformation targeting the Baha’is may signal a severe increase in the persecution meted out against them.”

The new social media campaign has attracted widespread support even before the official launch of the Twitter storm.

The United States Commission on International Religious Freedom posted on Twitter that it is “dismayed by news that #Iran has expanded anti-Baha'i incitement in state-sponsored media,” adding that “Iran must guarantee #Bahai's and other religious minorities in Iran freedom of religion or belief.”

Activists across Europe posted supportive tweets and articles in the lead up to the campaign. The Irish senator David Norris issued a statement saying “Don’t let history repeat itself” in Iran. A Spanish journalist and commentator, Ricardo Ruiz de la Serna, tweeted in support; and the El Imparcial newspaper published an op-ed as part of the campaign.

And in Australia an array of officials, activists and celebrities joined in, including the barrister Julian Burnside, the hip hop artist Maya Jupiter and the broadcaster Osher Günsberg.

Examples of anti-Baha’i propaganda tracked by the BIC have uncovered a “growing” network of “hundreds of websites, Instagram accounts, Telegram channels and Clubhouse rooms” with titles such as “Baha’is are unclean and enemies of your religion”, “Associating with Baha’is is banned”, “Purchasing any goods from a Baha'i store is forbidden,” as well as “The modern ‘Human Rights’ is a big lie”. Earlier examples of hate speech included videos, books, newspaper articles and pamphlets, as well as public seminars and exhibitions and even street graffiti. Clerics have also issued numerous fatwas – religious decrees – against Baha’is.

Baha’is have been systematically persecuted by the Iranian authorities since the 1979 Islamic Revolution. More than 200 Baha’is were executed and today they are denied public sector jobs, their access to higher education is blocked or severely disrupted, and their cemeteries are desecrated.

Leaked government documents have exposed official plans to confiscate Baha’i property and to convert Baha’i children to Islam. The BIC, several human rights bodies and governments have all drawn attention to fresh crackdowns on the Baha’is in recently months.

“Iran has consistently ignored its international obligations, and it is time that it is held to account for inciting hatred and committing countless human rights violations against the Baha’is with impunity,” said Bani Dugal, the BIC’s principal representative to the United Nations. “Hate crimes always begin with words. Let us not allow history to repeat itself.”

Increase in Anti-Baha'i Propaganda in Iran Prompts Call for Accountability

Baha'i Student Expelled Because of his Faith

Baha'is in Iran have Nowhere to Bury Their Dead

Breaking: An All-Out Assault on Baha'is Across Iran

Iranian Baha'i Handed Five Years In Prison For His Faith

Stepped-Up Crackdown On Iranian Baha’is: Who Are The Latest Victims?

Dr. Parvin Mottahedeh: A Baha’i Doctor Who Pioneered Rheumatology and Education in Iran

Dr. Jamaloddin Mostaghimi: A Baha'i Scientist and Educator and Iran's "Father of Anatomy"

German Lawmakers Call For Release Of Baha’i Jailed In Iran

No Charge, But Still Imprisoned: Concerns Raised Over Baha’i Man Jailed In Iran

Iranian Baha'i Handed Five Years In Prison For His Faith

Stepped-Up Crackdown On Iranian Baha’is: Who Are The Latest Victims?

Dr. Parvin Mottahedeh: A Baha’i Doctor Who Pioneered Rheumatology and Education in Iran