Momentum Builds For Rowhani As Vote Draws Near

By Reporters in Tehran ​

On Tuesday evening in central Tehran, small crowds of candidates' supporters gathered on street corners to pass out campaign leaflets, stopping passersby to argue the case for their candidates. The evening was warm and many paused to talk, debating who would be best poised to revive the economy and repair Iran's ties with the world. In interviews across the city, many Iranians who even just a week ago had prepared to boycott the election now said they planned to vote. Many said they would vote for Hassan Rowhani, whose campaign appears to be finally generating excitement amongst urban, middle-class fence-sitters, creating an eleventh hour surge that may propel the reformist candidate's chances in Friday's election. “We need someone to address these sanctions and  all the issues they have caused for us,” says Leila, a 28-year-old information technology expert. “I will vote for him, and I hope he wins.”

The boost in public support for Rowhani, whose campaign symbol is a key, emphasizing the many doors that are locked to Iran, comes as many Iranians shake off their reluctance to vote. For those who felt the system discounted their votes in 2009, the decision to participate again in the process was a painful one. Sima, 37, says “At first I did not think my vote was going to change anything, but now I am going to vote”. She and her husband have been seeking out friends and encouraging friends to vote as well. Their efforts seem in line with a wider shift in mood in places like central Tehran. As Vahid, a 32-year-old salesperson says: “Last week many of my friends were set to boycott the election, but now many are voting.”

While doubts many linger as to whether voting will actually make a difference, some say they feel the act itself is taking a stand. Hamid, a restaurant owner who holds a college degree, says, “I vote, but because it is my right to vote and they are trying to discourage me from voting.” He says voting is more about keeping faith in the process, and plans to support Rowhan: “we need someone who can work the system and get us out of this mess” .

The endorsement of former president Mohammad Khatami, still a leading reformist figure in the eyes of moderate Iranians, has encouraged many Iranians to give Rowhani – who until just recently was a reformist in no one's eyes – the benefit of the doubt. Massoumeh, a graduate student, says explicitly that she's voting for Rowhani at Khatami's behest: “I am doing my duty. I do not know if my vote matters though.”

Alireza, a businessman in his 30s, says Khatami's backing might increase Rowhan's chances outside Tehran. “Khatami is well respected in small towns and cities where conservatives seem to have the upper hand,” he says. The business community roundly backs Rowhani, who “seems to be someone who negotiate a way out” of sanctions.

On social networks like Facebook and Twitter Rowhani's campaign is generating more attention, but it's not clear how far his reputation is extending into the provinces. Hossein, a photographer who travels frequently around the country for work, says that outside Tehran few know Rowhani well at all, and is skpetical of his chances. “Qalibaf has the vote in towns and provincial cities, the villagers will vote for Jalili,” he says.

Voter participation in Iran's provinces is likely to be high, given the presidential vote being held simultaneously with city council elections, which traditionally draw voters keen to influence local matters. Saeed, a civil servant who has just visited his hometown in northeastern Iran, says turnout will be high in the provinces for the city council vote. He himself says he doesn't plan to vote. “They have already decided who will be the president,” he says. “I need to make sure we have a friendly mayor, though”. As for Rowhani, he does not have high expectations “Yes, the urban middle class might want him, but he does not have the majority of vote where people have the highest participation rate”.

With just one day left ahead of the election, it seems many have finally placed their hopes on Rowhani, even if they are not betting on his victory. The crowds on Tuesday evening had nothing approaching the frenetic energy and buzz of four years ago, but people were still out, engaged and talking. As Alireza, the businessman, says, “well people are still there, hope is good thing”.

At a Rowhani campaign speech in Mashad, with crowds chanting “political prisoners must be freed” 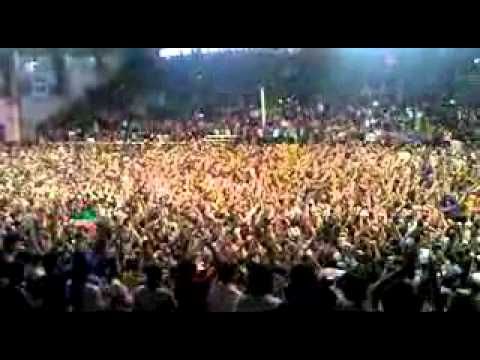 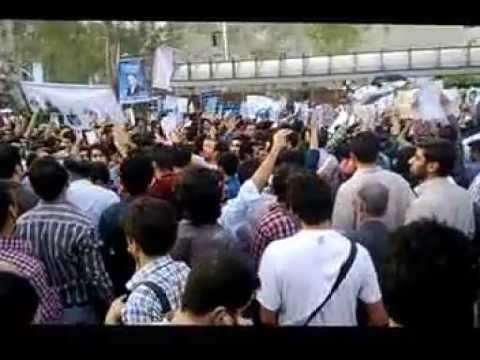 A clip from Shiraz 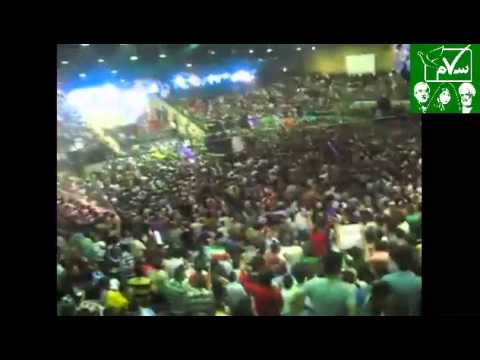 Iran’s Presidential Election: The Make-Up Behind the Veil