“When The Devil Goes Out, The Angel Comes In”

Guest Blog
1 min read
“When The Devil Goes Out, The Angel Comes In” 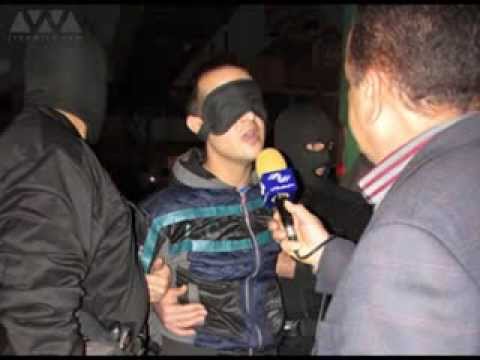 Warning: Do not watch if extreme violence in the name of religion upsets you

Once again, public execution has led to the creation of some of the darkest images in the history of Iran. Some of IranWire’s regular visitors and supporters have criticized the website for publishing images of public executions. They believe that the publication of such images promotes violence. Others, however, have criticized the blurring of execution scenes in our videos. They believe that it censors the truth. But the reality is that our duty is to report news from Iran – especially news that is sent in by people based in Iran who want to get this information out – though we are aware that many people will be upset by these violent scenes.

One reader, Taraneh from Shiraz, told IranWire this week that she was watching videos of execution scenes while listening to the song “When The Devil Goes Out, The Angel Comes In”. The song, the lyrics of which are based on a verse by the famous Iranian poet Hafez, celebrates the 1979 flight of the Shah, the return of Ayatollah Khomeini and the Islamic Revolution.

The horror of these images, juxtaposed with a song of such hope and optimism,  prompted Taraneh to create a short video and send it to us. The video is extremely disturbing and jarring, capturing the absurd brutality of what has been happening in Iran in recent weeks.

We emphasize again: Don’t watch if extreme violence – in the name of religion or otherwise – upsets you.

From Public Horror to Abolition: Capital Punishment in Juxtaposition