Guest Blogger
7 min read
Today, the author's son has a very different experience of school. It's a place where fun and good cheer, as well as learning, are encouraged
Ms. Erika Benadom, Almond Elementary School’s Principal

Mahrokh Gholamhosseinpour can't shake the memory of her school years —  and of one head teacher in particular. Thirty years on, spurred on by her son's very different experience at his school, she remembers a time of shame and fear, when the joys of learning were actively discouraged.

Ms. Rastegar! Please accept my regards from overseas after 30 years. I have been thinking a lot about you lately. I think about you almost every morning, or any time when I see Ms. Erika Benadom. Ms. Benadom is the principal of my son’s school. With her blonde hair and her cheerful colored dresses, she stands at the entrance to Almond Elementary School every morning. Often she embraces a student, or lets another student climb on her lap, or sends a kiss to another student with a smile, or waves to me and my son Rayan, or gives a little side-bump to a student who is in bad mood because he or she has just woken up, and then dances a beautiful rhythmic dance for a few seconds to change the student’s mood for the better.

I have no idea why she reminds me of you — even when she wears fake mustaches or funny masks to amuse children and uses every trick at her disposal to make the kids and their parents smile and be happy when they enter the school. To tell the truth, it would not matter to me if Ms. Benadom were a black woman with curly black hair or Asian with Asian eyes or, if instead of her shapely figure, she weighed 300 pounds, or if she wore a burqa. In fact, it would not matter to me if she wore a chador like you, and wound it tight around her forehead so you could see only down from her eyebrows to just around her chin. The important thing about Ms. Benadom is her smile and the kindness in her eyes.

And yesterday, as always, Ms. Benadom again reminded me of you. She was performing the morning ceremonies for the first day of school. She held a mike and was trying to somehow dance to the tune of the latest song by "Kenny" Chesney, a dance somewhere between a Baron dance and rock ‘n’ roll. I, for one, believe it must have been difficult, especially to the tune of country music.

As the principal was dancing around the schoolyard, you could see joy in the faces of children who were sitting on the cold morning ground. The California sky was solid blue and, while jumping up and down and smiling, Erica Benadom tried to grab the hands of the teachers standing around so that they would join her.

I remembered the day that you summoned me to your office. I must have been 14 — a girl in love with poetry and literature who improvised poems and was discovering life. There was nobody else there except you. The hum of the ceiling fan was relentless, and I felt that both time and space and every part of my body and the office were frozen.

Molten Lava in My Veins

I have no doubt that you will not remember because there were so many of us. But I remember it well. In those days, the war and the daily barrage of bombings and Saddam’s missiles gave us nightmares. As you were inspecting the drawers in your desk one by one, I felt as if molten lava was making its way through my veins to my brain. You snapped at me to cover my hair. You asked me if I had a “special relationship” with a literature teacher who was then as old as my father was — a teacher who in those days was my guide and literature guru. His every word worked as a light for me to see my way to learning.

You said that my classmates had informed you that we two would recite “obscene” poetry and that we talked to each other in signs and allusions. By “obscene” poetry you meant what were very clear verses by Rumi. You said either I had to leave school or he did.

You asked me which kid in my class had done my eyebrows. Had Julie brought pictures of her family party to school? Had she shown me the pictures? By “Julie” you meant my most jovial classmate, a pretty and kind girl that we all loved. I involuntarily said “yes, ma’am,” and I still feel guilty even after 30 years. I felt guilty even four years ago when, after searching and searching and with much difficulty, I found Julie in a German city and traveled there to meet her.

She owned a charming and beautiful restaurant with lit candles that promised life. She entertained me at the best table in her restaurant and I told her the whole story. She embraced me and said: “It no longer matters at all. What matters that in spite of that horrifying resolution to deny us joy, we survived, we grew strong and now we are together, laughing.” She told me you expelled her from school using ordinary family snapshots as an excuse, snapshots very similar to ones that my son Rayan now sticks to a poster he has made of his family.

Later Julie told me that, in order to continue her education and to receive her diploma, she had been forced to move to a nearby town. The incident had turned her life upside down, like an earthquake. And perhaps you do not remember one noon on one of those long, hot early summer days, in those bleak years of war and shortages in that forsaken town near the frontline, when every day there were rumors that the Iraqis were at the gates, the same town that never witnessed our childhood happiness. You had lined up us outside the school’s office, waiting for our parents, so that you could expel their “bastard” and “harlot” daughters who had dared to sing and chant together at their desks after the exam. Do you remember our tears? Do you remember us begging? Do you remember our little hands trembling when we had to sign commitment letters because we were afraid that our fathers would scold us or that we would be put to shame if we were expelled from school?

Perhaps you find me an ungrateful student. It has been 30 years since I last saw you, and I must confess that in all these years I have not forgotten you. One day when the traffic warden was absent and Ms. Benadom took the “Stop” sign and jumped into the middle of the street to stop cars so that her students could cross to the other side, I was reminded of your haughtiness and airs. Just saying hello to you took a good amount of courage. Nobody could guess what went behind that face of stone. Did you ever smile? For example, in your home with your children? Did you like us at all? Did you see us at all? In all these years I have never forgotten your resolute and angry gaze. I always felt I was engaged in an unequal fight. I can still see you from the corner of my eyes in my nightmares, ready to tear each and every one of us apart. I do not believe you can remember any of those trembling little fingers signing the commitment letters, or that you reprimanded us when all we wanted was for life to stop and for you to be kind to us for just a few seconds.

Perhaps now you have many letters of recommendation and acclaim from the education bureaus of this or that district hanging on your walls — the “Model Principal” — and you do not remember our letters of repentance.

But, in my nightmares, I continue to write them: “I, Mahrokh Gholamhosseinpour, born 1973, grade 2A of Bent-ol-Hoda High School, swear that I will refrain from bringing to school banned items such as mirrors, combs, lipsticks, pictures of actresses, postcards, soap and perfume. If the violation is repeated, the honorable management of school has the authority to deal with me as it deems appropriate, or it can send my case to the regional Bureau of Education for its decision.” 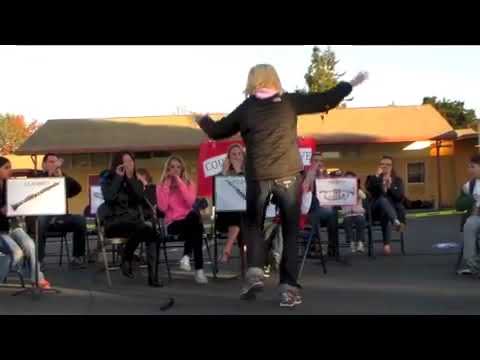 The Rapper Who Killed His Stepfather