Will Trump Tear Up the Nuclear Deal? Not Likely 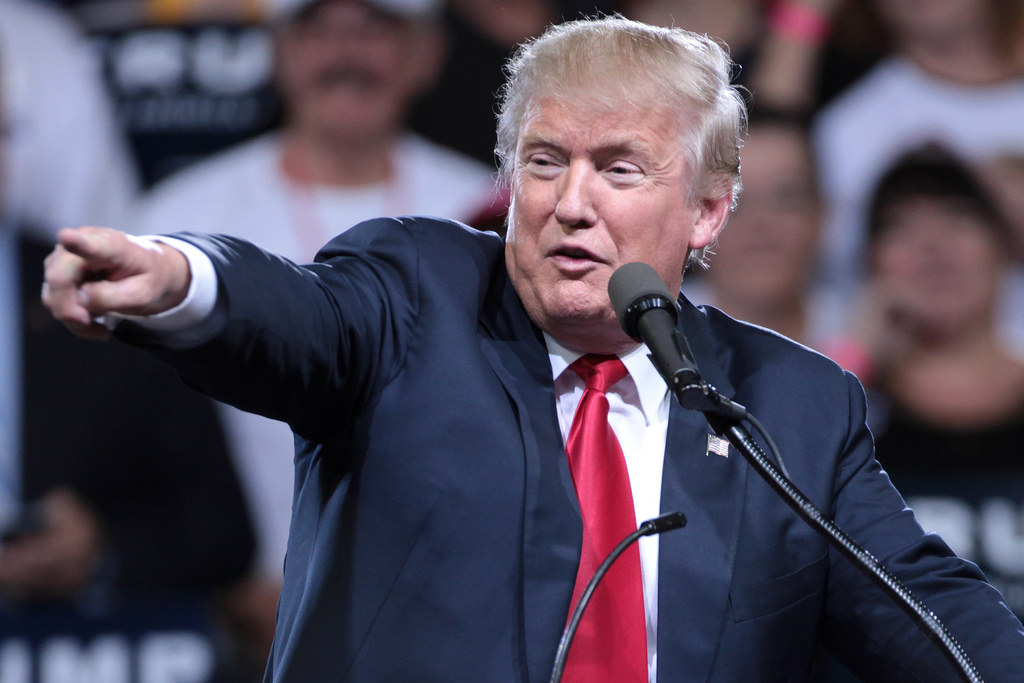 Back in the early months of his presidential campaign, US President-elect Donald Trump called the recently negotiated nuclear accord between Iran, the United States, and five other countries “the worst deal ever negotiated” and “a horrible contract.” He accused President Barack Obama of reaching an agreement that made a weak and “dying” adversary into “a world power.”

Reacting to news of Trump’s victory last night, Iranian Foreign Minister Javad Zarif told an audience in Romania, “Every US president has to understand the realities of today's world. The most important thing is that the future US president sticks to agreements, to engagements undertaken.”

Some observers worry that Trump, a sometime foreign policy hawk with no policy experience, would tear up the Joint Comprehensive Plan of Action, or JCPOA, as the nuclear agreement is known, and seek confrontation with Iran.

This may not be the case. Whereas Trump’s main Republican rivals Ted Cruz and Marco Rubio spoke of tearing up the deal on their first day in office, Trump threatened only to enforce the agreement aggressively. “I would police that contract so tough that they don’t have a chance,” he told NBC’s Meet the Press last August.

While few foreign policy specialists claim to know how Trump intends to use American power in the world, the collapse of the nuclear agreement is not likely to be one of his objectives.

“I'm not necessarily of the mindset that he is going to walk back from the accord,” says Sanam Vakil, of London think tank Chatham House, “but he will use the threat of it to try to keep Iran in line. He has gone from being overtly reactionary about Iran and the nuclear deal to being a lot more transactional.” A “transactional” relationship between Iran and the US, she says, is unlikely to be ideological or to involve such controversial matters as human rights in Iran. “Trump is a businessman, and the way I look at how he is going to conduct foreign policy is about give and take.”

David Patrikarakos, a historian of Iran’s nuclear program, also doubts Trump will destroy the agreement. “Trump is erratic and contradicts himself so often that it is difficult to gauge his true stance on anything. But I suspect the accord is too far-gone, and too many vested interests are lining up to do business with Iran for him to undo it. If Trump is one thing, he is a businessman.”

Hooman Majd, an Iranian-American journalist who covered the nuclear negotiations and is closely acquainted with Foreign Minister Zarif, also sees little risk to the nuclear agreement. “I don’t think Trump is a threat to the JCPOA, for the simple fact that it’s not just a deal between the US and Iran,” he says. “Even if the US does not live up to its commitments or unilaterally abrogates the deal, it is unlikely that Trump will be able to get the rest of the world — and more importantly the UN — to go along with him.”

Iran Prefers “the Merchant” to “the Queen of War”

Iran’s leaders don’t seem too worried, either. “Last week, Supreme Leader Ali Khamenei pretty much came out in support of Trump,” says Alex Vatanka of the Middle East Institute, referring to a speech Khamenei gave on November 4, in which he portrayed Trump as a plain-speaker who reveals America’s depravity.

“When the supreme leader of Iran makes it known that he favors one candidate over another in the faraway land of the United States, then that is a cue,” Vatanka says. As a result, he says, Zarif is likely to maintain a diplomatic posture and limit criticisms of Trump.

Before the US election, he says, Iran’s hardliners called Hillary Clinton “the Queen of War,” while Trump was widely nicknamed “the Merchant.” “The hope in Iran is that you can cut deals with the Merchant, but the Queen of War was potentially going to go to war with Iran because of Syria, or because of her support for some of Iran's regional rivals like Israel and Saudi Arabia. Now the Iranian hardliners have this vague notion that they can look for deals to cut with Trump.”

Iranian officials, he says, also see strength in Iran’s position. “If the US walks away, they can throw up their hands and say, ‘Look, we negotiated hard, everyone was on board, these guys are the ones who are walking away for ideological reasons.’” Unless the International Atomic Energy Agency finds a breach of the agreement, he says, Iran knows that the European countries involved in the deal will not go back to the kind of sanctions regime that existed before the agreement. Nor would Russia or China, which were also party to the agreement.

Nor has Trump presented himself as a complete Iran hawk. “Trump has put Russian President Vladimir Putin, Syrian President Bashar Assad, and Iran in the good camp in Syria against everybody else,” Vatanka says, referring to comments Trump made in the course of his second presidential debate against Hillary Clinton. He said that Russia, Syria and Iran are fighting ISIS. “If you are sitting in Tehran, you are not used to any western politician referring to what you are doing in Iran as somewhat helpful or good, so that sort of thing gets picked up," Vatanka says.

And Foreign Policy watchers are particularly keen to see what Trump’s relations with Russia will look like. Iran is a factor there, too. Trump has spoken of his desire to rebuild relations with Russian President Vladimir Putin, who supports the nuclear agreement. “From Putin's perspective, guaranteeing American commitment to the JCPOA is very important,” Vakil says. “He is hoping to strengthen relations with Iran, and to open the door to a more forthright economic relationship between Tehran and Moscow.” If Trump wants to be friends with Putin, he will likely have to limit hostilities with Iran.

During election season, Trump’s relative circumspection about Iran stood in contrast to his lack of restraint on just about every other subject. “I suspect that, like the reality TV star he is, he ‘gamed’ the election by being this preposterous figure,” Patrikarakos says. “He played the Iran card because he knew it would play well with the Republican Party. I suspect he will be more reined in as president. And certainly he will be subject to checks and balances, for which we can all be thankful.”

Iranians in Protest Zones Can't Get Online. This is What They See Instead

Plea to the International Community: End the Silence on State Brutality in Iran

"Guilty for Not Fearing": Inmates' Tribute to Baktash Abtin