50 Iranian-Americans You Should Know: Firouz Naderi 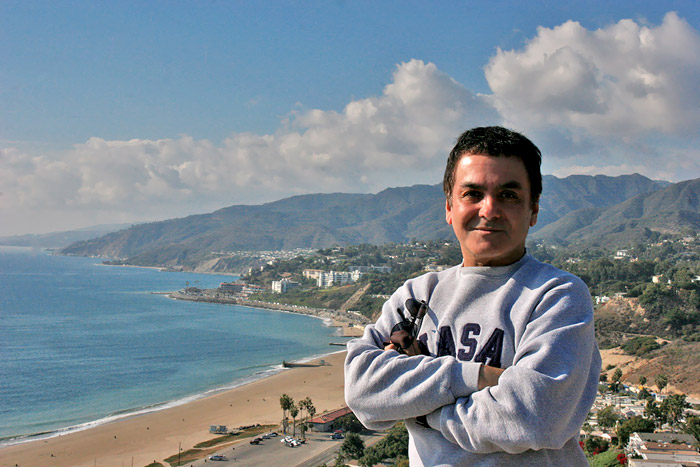 On February 26, Firouz Naderi and engineer Anousheh Ansari accepted Iranian filmmaker Asghar Farhadi’s award for best foreign-language film at the 89th Academy Awards ceremony in Hollywood, California. Farhadi boycotted the awards in response to President Trump's executive order banning people from seven majority Muslim countries from entering the US. In a statement read out by Ansari, who was the first Iranian in space and the first woman to explore space on behalf of a private company, Farhadi said the boycott was “out of respect for the people of my country and those of other six nations who have been disrespected by the inhumane law that bans entry of immigrants to the US” and condemned attempts to create division and fear in the world.

Iranians have been making significant contributions to business, science, culture and entertainment in the United States since the early 20th century. Today, there are almost one million people of Iranian origin living in the United States. In this series, IranWire profiles the Iranian-Americans you should know, highlighting their achievements and careers, and asking what it means to be part of one of America’s most educated and successful communities.

Firouz Naderi is one of the most accomplished Iranians in the United States. Born in Shiraz in 1946, he is a decorated NASA scientist who has worked on the search for Earth-like planets and headed the space organization’s Mars Exploration Program.

In 1979, the year of the Iranian revolution and Iran’s taking hostage of US diplomats, Naderi joined NASA’s Jet Propulsion Laboratory.

The JPL is the national research facility that helped open the Space Age by developing America’s first Earth-orbiting science satellite, Explorer I, in 1958 (a year after the Soviet Union’s Sputnik launches).

Naderi’s early work involved the design of a mobile satellite to extend mobile phone coverage across the US, and a radar system to monitor wind conditions over the oceans.

In 1995, Naderi managed the JPL’s Origins Program, also known as “The Search for Earth 2.0,” during which he worked on means of seeking out planets similar to Earth surrounding neighboring stars.

In 2000, following a series of setbacks on its Mars Exploration project, NASA appointed him to head a new round of remote investigations of the red planet.

The ensuing five years were an auspicious period in the Mars project, marked by the launch of the Mars Odyssey orbiting spacecraft in 2001, and the landing of two exploration rovers, Spirit and Opportunity, in 2004. On the tense moment of the first landing, he told the Iranian-American advocacy group PAAIA, “It was the first time I heard my heart beat.”

In 2005, Naderi created the JPL’s Innovation Foundry, a project to create a “startup” ecosystem.

In 2011, he became director of solar system exploration, and was responsible for missions to the asteroids Vesta and Ceres and the formation of a mission to Europa, one of Jupiter’s moons, in search of life.

Upon retiring from NASA in 2016, Naderi’s colleagues surprised him with news that they had named an asteroid after him. “I was overwhelmed!” he wrote on Facebook.

It was far from the only honor he received. NASA has awarded Naderi its Outstanding Leadership Medal, its Space Technology Hall of Fame Medal, and its highest award, the Distinguished Service Medal.

Naderi has expressed his love for both Iran and the US, observing that, within him at least, “the connection cannot be severed.”

Naderi has occasionally weighed in critically on the actions of the Iranian government, as when pictures emerged of imprisoned Iranian physicist Omid Kokabee chained to a hospital bed in Iran.

“Some Iranians ask me, ‘Why don’t you come back and serve your country?’ Seriously? Let Omid go before you invite anyone else back,” he said.

But he as also commented memorably on how his work for NASA has altered his perspective on earthly affairs.

“Sometimes we get wrapped up in our world and we find conflicts fro fight each other [over],” he told PAAIA,

And you pull back and you start looking at the Earth and you see just this little speck. It just completely changes your perspective, and you just want to hug it and take care of it.

This article was originally published on February 15, 2017.