ISIS has recently suffered a series of significant defeats in Iraq and Syria, leading Iran and other countries involved in Syria to speculate on what a post-ISIS era might mean for politics, power, and influence. Together, these powers are pondering the future of a country that may never regain its integrity.

On June 20, in a meeting with the Iraqi Prime Minister Haider Al-Abadi, Iran’s Supreme Leader Ayatollah Ali Khamenei voiced his  opposition to a referendum on the independence of Iraqi Kurdistan. He emphasized the need to strengthen the People's Mobilization Forces (PMF), the Iraqi Shia militias the Islamic Republic supports, and which currently control most of the border areas between Iraq and Syria.

Iran has repeatedly claimed it is in Syria for one reason: To defeat ISIS. But some analysts believe that, from a strategic point of view, Iran considers the Iraqi-Syria border to be crucial in order for it to maintain communication lines between Tehran and Beirut. In late May, Lebanese Hezbollah claimed it had cleared out ISIS fighters in the country’s eastern border with Syria, and that it would be transferring control of the border to the Lebanese army.

Since the conflict began, Syria has become an important battlefield for so many reasons — mapping out the positions of where various military forces are positioned is complex and mind-boggling, revealing a dotted checkerboard of power and strategy. The Turkish Army and the Kurdish forces are based in northern Syria. Its Mediterranean coast in the west is mostly controlled by forces loyal to Bashar al-Assad, which enjoy the air cover provided by the Russian air force. Southern Syria is dotted with various paramilitary forces, some supported by the United States. In recent months, the US military has attacked forces close to Iran in southern Syria on several occasions. The military base al-Tanf is located on the triangle of the Syrian-Iraqi-Jordanian border and is used by the US Special Forces to train anti-Assad and anti-ISIS forces.

Maysam Behravesh, a research fellow at Lund University in Sweden, told IranWire that Iran seeks to control this area both to safeguard its influence in Iraq and, at the same time, secure an approach to western Syria. But, he says, for Iran, the Syrian province of Deir Ezzor is more important than the al-Tanf area. Deir Ezzor borders Iraq and, according to Behravesh, if Iran can control it, then it would provide the Islamic Republic with a pathway toward Damascus, western Syria and the Israeli-Syrian border. This would allow Iran to coordinate its operations with forces loyal to the Assad regime in western Syria and build a convenient bridge to Hezbollah in Lebanon. 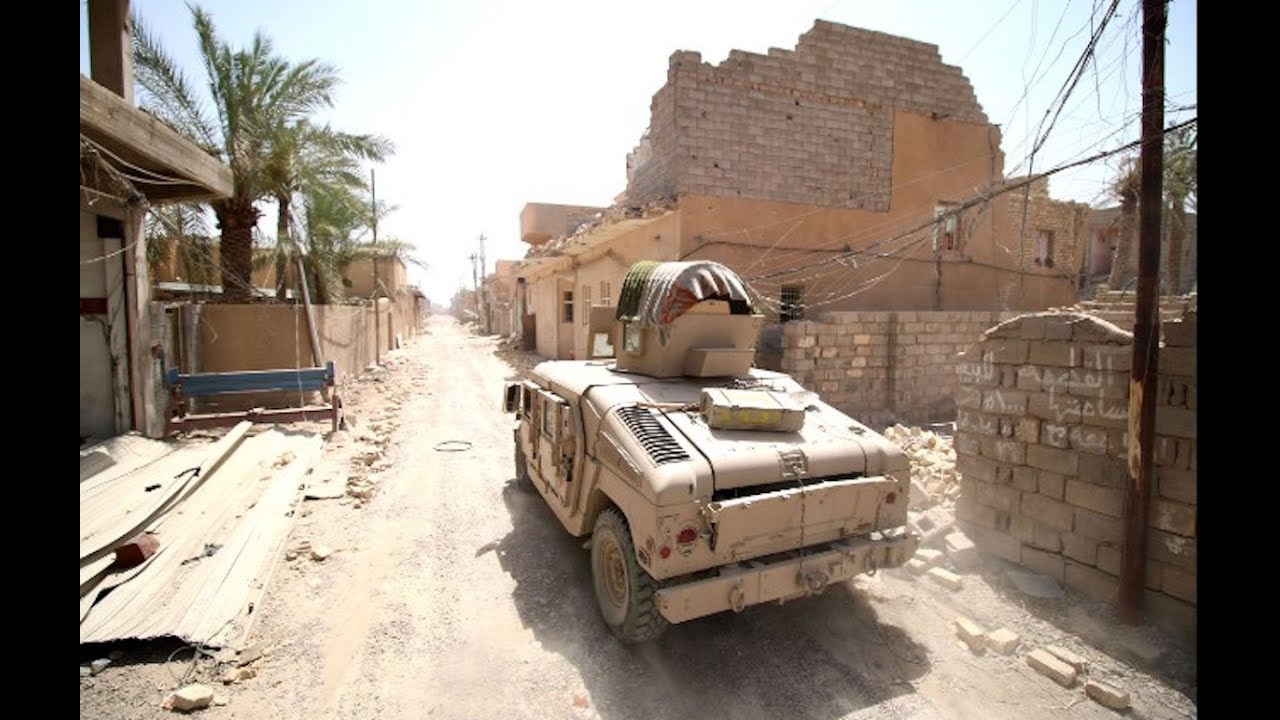 To build and secure this strategic line of communication, Iran has several choices. Behravesh believes that the easiest way is through Deir Ezzor. “If Iran can establish its presence in the al-Tanf area,” he says, “then it can have a direct communication line with Damascus in western Syria. The other potential corridor toward al-Tanf starts from southern Iran and the Iraqi port city of Basra and continues through the Iraqi cities of Najaf, Baghdad and Ramadi until it reaches al-Tanf. Such a route would allow Iran to have an unbroken line of communication right to the Mediterranean. But with the presence of anti-Assad forces supported by the US, this would not be easy to do.”

The route to establish Iranian influence and to secure a direct line with Lebanese Hezbollah goes through Raqqa — which is, at the moment, the “capital” of ISIS. This is would not be easy to achieve either, and Kurdish forces are in a better position to capture Raqqa. As a result, Behravesh believes, the best way for Iran to secure a line of communication with Hezbollah and to reach the border with Israel is thorough Deir Ezzor.

At the moment, however, this route is blocked by ISIS. “If Iran wants to own this route,” Behravesh says, “Assad forces must advance from the west, meaning from Damascus and Palmira, and Iranian forces must advance from Iraq to its east. This would secure the communication line between the east and the west of Syria. This is more achievable for Iran because the approach from Iraq is controlled by the People's Mobilization Forces.”

Behravesh also believes that, currently, forces supporting Bashar al-Assad, including Iran and Hezbollah, are consolidating their military gains in Syria. But, at the same time, they are trying to open a new front toward western Syria. This would give Hezbollah a stronger hand, he says, and would enable Iran “to send more advanced military equipment to Lebanon, including short- and medium-range missiles.” Israel is nervous, he says.

This anxiety, he says, has spurred Israel to strengthen its forces in the occupied Golan Heights — a move supported by the new aggressive postures adopted by the US and Saudi Arabia. The move in Golan Heights is “not against ISIS, but is meant to counter Hezbollah and Iran,” Behravesh says.

Over the last few months, Israel has been seeking to strengthen its relations with Saudi Arabia and has requested official meetings with Saudi officials. “At this moment,” says Behravesh, “Saudi Arabia’s role in the region is what Israel wants, i.e., working closely with the US and confronting Iran. Saudi Arabia has cut relations with Qatar, which supports the Palestinians and Hamas. It has also distanced itself from Turkey and is moving along the lines of Israeli interests in the Middle East and Syria.”

Under these conditions, he suggests, Syria might disintegrate — in a de facto manner if not officially. “But even right now, the Syrian government has lost control of the eastern part of the country, let alone when the Kurds take over Raqqa and Assad opponents gain control over southern Syria. What is not decided is the fate of Deir Ezzor. Most probably we will have a war of attrition, which would cost Syria its territorial integrity.”

With an increase in Iranian military presence, tensions in eastern Syria are bound to intensify. The position of Iran in tomorrow’s Syria, as Behravesh says, depends a lot on who wins control of Deir Ezzor.

According to some analysts, Iran has four clear goals in Syria:

1. Preserving the Assad regime at any price. If Assad goes, it is the end of Iran’s key ally on the borders of Israel, and that means Iran’s communication line with Lebanese Hezbollah and the Palestinians would be cut off.

3. Safeguarding Iran’s communication line with Shia-controlled areas in Iraq and the Assad government in Syria and gaining a “strategic depth” on the borders of Israel.

4. Increasing the military presence of both Iran and Hezbollah on the Israeli-Syrian border to intensify the strategic threat to Israel.

Col. Khodaei: The Hunter Who Was Hunted Down

8 min read
Continue to next article