For the second day in a row, thousands of Iranians have taken to the streets in cities across the country to protest against the rising cost of living and economic corruption. But what started out as demonstrations against a very specific set of grievances has quickly turned into an expression of a more general malaise. On Friday, in addition to protesting against corruption, many people shouted out anti-government and anti-regime slogans and sentiments, expressing a more widespread anger about life in the Islamic Republic. 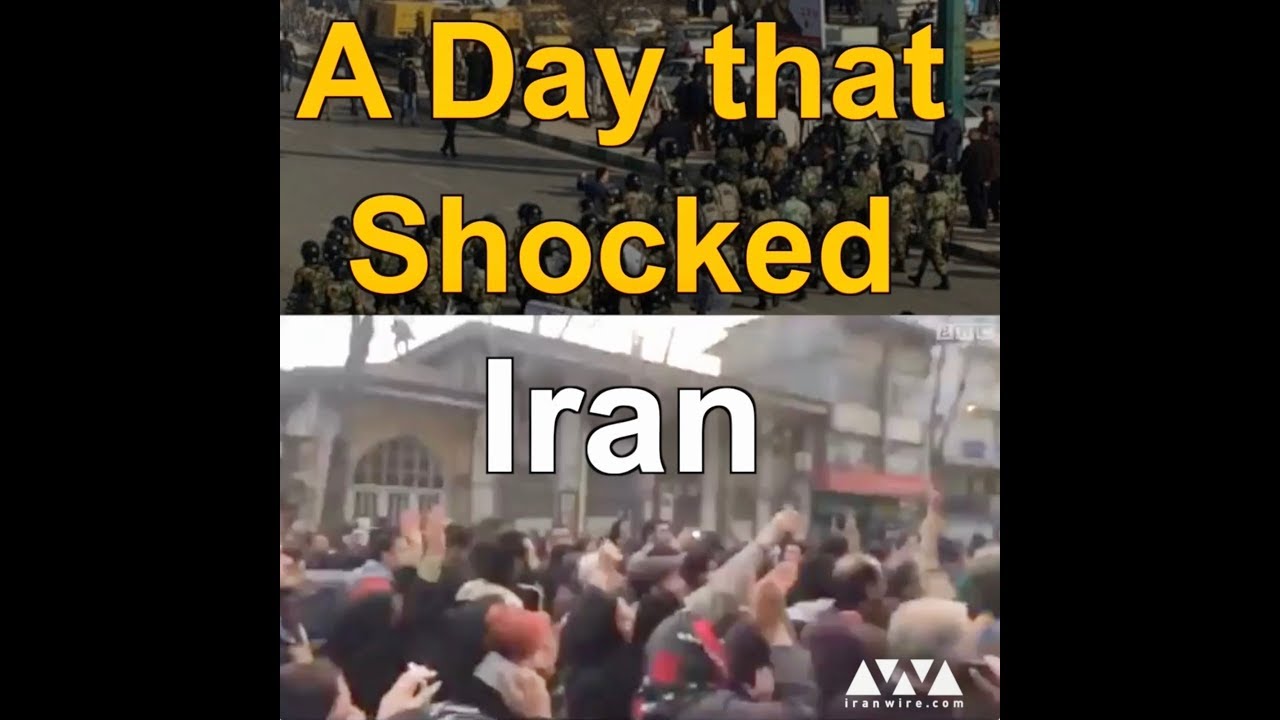 Small groups of people who had lost their savings in fraudulent banking schemes have staged intermittent protests in some of the country’s provincial cities over the last few months. But, yesterday Iran’s second biggest city, Mashhad, was the epicenter of a much larger protest, which then spread to the nearby city of Neishabur. All indications suggest that the Mashhad protests had been initially organized by supporters of the hardline faction of the Iranian regime in an attempt to target the pro-reform government of President Hassan Rouhani. But soon the protests spiraled out of the control of the initial organizers. As hundreds gathered in Mashhad’s Martyrs Square, the chants of “Death to Rouhani” and “Death to high prices” soon gave way to chants targeting the entire regime. “Death to Dictator,” a favorite slogan of the mass 2009 movement, made a comeback.

And, as in 2009, many nationalistic chants lashed out against the regime’s military operations in the region. To the outside observer, issues of military might and economic deprivation might not seem related, but for the Iranian public, the millions of dollars that the Islamic Republic spends on its allies in the region are directly linked to unfavorable economic conditions at home. “No Gaza, No Lebanon, I will give my life for Iran” some shouted, as well as “Leave Syria [or Palestine] alone, do something for us!” Some went even further and praised Reza Shah, the strongman founder of the Pahlavi dynasty that ruled Iran from 1925 to 1979, whom some Iranians regard as an example of competent governance.

A New Kind of Protest

Protesters also targeted the powerful and wealthy Larijani family. The family has itself been the target of a campaign by allies of former president Mahmoud Ahmadinejad, whose attacks on the Larijani brothers — two of whom head the Iranian parliament and judiciary — resulted in Supreme Leader Ayatollah Khamenei publicly rebuking Ahmadinejad and accusing him of being opportunistic. While the Larijanis belong to the conservative faction of the Iranian regime, over the last few years they’ve been in something of an alliance with the Rouhani government against the more ultra-hardline factions.

The Mashhad protesters also coined a new slogan: “You are using religion; you are ruining the people” — revealing just how far people dared come to questioning the very foundations of the Islamic Republic. Security forces attacked people at the rallies, although less violently than many expected. According to Mashhad’s judicial officials, 51 people were arrested.

The government’s initial response has been to dismiss the protests. Rouhani’s right-hand man, Vice President Eshagh Jahangiri responded with: “All the economic indicators are good even if a couple of commodities have become a bit expensive.” He claimed that economic issues had been “used as an excuse” by those who organized the protests, and warned against the dangers of the protests spreading.

“When the streets see social movements and political action,” he said, “they can go anywhere, beyond the control of those who organized them in the first place.”

The protests left most politicians befuddled. Some reformist politicians regarded the rallies as suspicious, while others defended the constitutional right to protest and said the economic concerns were genuine.

“Marching without the bearing of arms is a fundamental right of the people,” Mahmoud Sadeghi, a popular Tehran MP, tweeted. “The government [of Rouhani] should respect people’s rights in action, not words.”

Mostafa Tajzadeh, a former deputy minister under the reformist President Khatami and who served a prison sentence from 2009 to 2016, said the protests show the “increasing distrust and desperation of people from all walks of life.”

One left-wing activist who took part in the Mashhad protests spoke to IranWire on the condition of anonymity. “It’s not surprising that the neoliberal policies of Rouhani lead to economic discontent,” she said. “We knew that the regime people were behind fomenting the first protests but the people’s pain is real and they are fed up.”

Videos of the protests were quickly circulated. #Mashhad has been the most used hashtag in Iran, with more than 62,000 tweets sent out from across the country.

The sharing of footage and images might have played a role in the protests spreading to cities across the country on Friday. The northwestern city of Kermanshah, close to the border with Iraq and home to many Kurdish citizens, saw some of the largest protests. Demonstrators went through the town shouting out similar grievances to those voiced in Mashhad, as well as additional ones, including “Political prisoners should be freed!” and “Independence, Freedom, the Iranian Republic.” The latter, a play on the dominant slogan from the 1979 revolution, is another favorite from 2009. Others directly attacked Supreme Leader Ayatollah Khamenei, shouting out: “The nation is impoverished; His Highness is playing God.” Some people approached police forces and shouted out: “Police, support us!” One video showed a young man talking to a police officer about how he had been left unemployed despite holding two Master’s degrees.

Unemployment is indeed among the key grievances against Rouhani. The official unemployment rate stands at 12.4 percent, with millions more in irregular employment without adequate pay. University graduates are routinely forced into underemployment just to make ends meet. And matters are made worse by the fact that the ministers Rouhani has put in charge of the economy are for the most part  economically right-wing.

On Friday, protests also rocked the central cities of Qom, Qazvin, Isfahan and Khorramabad, the western city of Hamedan, the northeastern city of Quchan and the northern cities, the southwestern city of Ahvaz, and Rasht and Saari in the Caspian littoral region. Interestingly enough, some of the most radical slogans came from Qom which, along with Mashhad — where the protests started — is one of the main centers of Iran’s religious hierarchy. Qom protesters shouted out praise for Reza Shah and targeted unemployment with the chant: “Youth are unemployment; the Mullahs are riding on their back.”

In Kermanshah, protesters also tore down posters advertising the regime-organized marches on December 30, the anniversary of the 2009 pro-regime demonstration that took place six months after the unrest in June. Even in less volatile years, the December 30 protest is usually an occasion for hardline supporters of the regime to flex their muscles and bring their forces out. Given the current climate, it is difficult to know what will happen tomorrow, the day of the rallies.

Heavily-guarded anti-riot security forces were on the streets of the capital Tehran on Friday morning, showing that the government is worried that protests will spread there.

Some reformists have called on the government to recognize people’s voice before it is too late and the situation escalates even further.

“People are protesting against the problems in the country’s grand management system,” Sadeghi tweeted on Friday. “Instead of trying to shut them up and make them political and factional, let’s hear the people’s voice and do something about it.”

After Vandalism Attack in Iranian Synagogue, Reports of Jews Arrested