Azita Sahebjam was once a ballerina with Tehran’s Pars National Ballet company. She started taking ballet classes when she was nine and then became one of the company’s youngest instructors. And then, after the 1979 Islamic Revolution, dancing was banned and ballet schools were shut down. In 1988, Sahebjam immigrated to Canada and in 1989, she launched the Vancouver Pars National Ballet with the aim of “preserving and perpetuating traditional Iranian folklore dances" and presenting them to the world.

Over the years she has trained many students, teaching Iranian folk dances through the techniques of classical ballet — as did her teacher in Iran, Abdollah Nazemi.

We talked with Azita Sahebjam about her ballet company, the Islamic Revolution and the ban on ballet in Iran.

What made you choose Pars National Ballet in Tehran for your training?

My mother loved her daughter learning ballet. I was around nine when they decided to send me to ballet classes. My uncle was classmates with the founder of Pars National Ballet at the College of Fine Arts and suggested that academy. The company was run by the private sector but affiliated with Iranian National Radio and TV. All our performances were aired on national TV.

The Iran National Ballet was part of the Ministry of Culture and performed live at Roudaki Hall [renamed Vahdat, or “Unity,” Hall after the revolution].

For years I was a student at Pars National Ballet and later became one of its teachers. I taught children when I turned 16 and a couple of years later started teaching adult classes. But then everything stopped.

Why did it stop?

In 1979, they shut down all dance classes, ours included. The art of dance was completely banned and disappeared. We were told officially that we could not engage in such activities, so we scattered.

How did they inform you that you were no longer allowed to function?

In those days there were not many writs or court orders. They came in with an intimidating look and attitude and said something like: “What is going on here? You must pack it up.” They believed such places were houses of sin and debauchery. But when they came to our place, they saw only a bunch of little children and some very ordinary people. So they did not bother us. However, they had Abdollah Nazemi, the founder of Pars National Ballet, sign a pledge that he would stop doing this in Iran. After that he never ran classes and stopped his ballet activities.

When the revolution arrived did you have an inkling that you would lose your job? Did you know that the new regime would be against dancing?

To be honest, we thought that the revolution was a people’s revolution. In fact, we were working on a ballet that we called the “Revolution Ballet.” We imagined that, like Europeans, we were going to dance on the top of the tanks. We did not think that things were going to change in an Islamic direction. I myself took part in big marches and saw no banners saying such a thing. But when the shah left in January [of 1979] suddenly the banners changed. Cars would arrive and unfold banners proclaiming “Independence, Freedom, Islamic Republic,” whereas we had not seen such things in schools and universities before.

As ordinary citizens, we had thought that good things were coming. We thought our hands would be more free to do more valuable work. But then things changed very rapidly and all arts found themselves under attack. They took an ax to all arts, but dance got the worst of it. 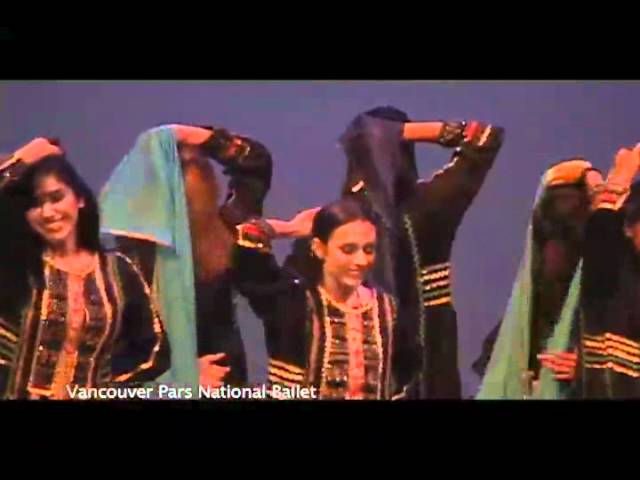 Why do you say that dance got the worst of it?

Because, in general, our people looked at dancing with suspicion. They believed that dance would corrupt everybody. Even the word “dancer” was used as a swearword. During the years that they existed, ballet classes did their best to remove this image from people’s minds. But just as dance was being accepted as an art, the revolution happened and they stopped it.

Other arts somehow managed to survive. For example, music. They first said: “No pop songs, sing traditional songs.” Then they banned women from singing. They changed music, but it survived. But dance was not allowed to exist. They wouldn’t even allow women to dance for women. I repeatedly asked them to allow us to perform for women and children but I never got a response. Years ago when they had various kinds of arts festivals on Kish Island, I wrote a letter to the Culture Bureau of Kish but they did not answer me.

Let us go back to when Pars National Ballet school was shut down. How did you feel as a person who had suddenly lost her job?

There were veterans for whom this profession was their whole life. All their income came from that. They were hurt more. At the time I was very young. I was going to school and I was not full-time. But I looked at teaching ballet as my future profession. When we were told that the academy could not go on we had to throw away all of our dreams and expectations. We could not teach or learn anymore.

Later on some people set up classes for women as “sports with harmonized movements.” Under the guise of exercising, they would play music and dance. But sports was the dominant element, not art.

How did the Vancouver Pars National Ballet come about?

I came directly to Vancouver around 32 years ago. I could have easily studied Vancouver ballet classes and then worked with a reputable Vancouver ballet company. But I felt that I would be more satisfied if I could preserve Iranian folk music, dances and costumes. All these years I have tried to preserve them like a museum curator.

You mean that the ballets that you perform are a kind of folk dance?

At Pars National Ballet, Abdollah Nazemi taught the techniques of western classical ballet. But when we were planning a performance, he would say: ‘We cannot perform like the Russians or the French, who have been doing ballet for a few hundred years. It would not look genuine. It is better to give performances inspired by Iranian stories and folk dances with Iranian music and Iranian costumes.” The techniques, however, were classical ballet. He called his academy Pars [“Persia”] National Ballet to announce that it came from our national heritage.

I followed his way at Vancouver Pars National Ballet. It was difficult to present ourselves as an Iranian company and survive. But now we perform at various festivals.

In China, when I told them that dancing is prohibited in Iran and that we were continuing it in Canada, they were shocked and very surprised.

So do festival organizers festivals know that you come from a country where dance is banned?

About 10 years ago the Venezuelan government invited us to go there and perform Iranian dances. They had invited dancers from various countries to perform in the presence of representatives from their respective governments. We had completed every preparation to go but at the last minute I received an email that said: “Sorry, we cannot have you here because your government said that if you come, [the government] cannot participate. ‘We don’t have dancing and this company is not ours,’ they told us.”

When we were invited to a festival in China as representatives of Iranian dancing, we held a Canadian flag in one hand and an Iranian flag in the other. The media kept asking us: “Why are you are here for Iranian dancing but come from Canada?” When we told them that dancing was forbidden in Iran and we continue our work in Canada, they found it very strange. Perhaps, even now many people do not know that dancing is banned in Iran. They know that the Islamic Republic rules Iran but they have no idea that dancing is not allowed.

Did you see the recent TV confessions of the young girls who had posted videos of themselves dancing on Instagram?

Yes, and I am so sorry. What a pity that so much talent and energy is wasted. Dance academies could have used this energy to create valuable and lasting works. All I can say is what a pity!

More on the Islamic Republic’s crackdown on dance, “obscenity” and fashion:

The Battle Against Models and “Cultural Infiltration”, March 10, 2017

Iran Continues its Crackdown on Models and Fashion Photographers, November 16, 2016

The Trials and Tribulations of an Iranian Fashion Model, June 8, 2015

7 min read
Continue to next article