Iran’s Theater of the Absurd Censorship

Shima Shahrabi
8 min read
An adaptation of A Midsummer Night’s Dream: The judiciary arrested both the theater director and the director of the play

In the latest act of censorship against artistic freedom in Iran, judicial authorities arrested two veterans of the Iranian theater and banned a performance of A Midsummer Night’s Dream. Although the pair were quickly released on bail, the incident was a powerful reminder that censorship in all areas of the arts is still very much in force in Iran.

On Sunday, September 9, the judiciary stopped performances of an adaptation of Shakespeare’s A Midsummer Night’s Dream and arrested the director, Maryam Kazemi, as well as the director of Tehran’s City Theater, Saeed Asadi. They set the bail amount for the pair at 300 million tomans, or over $72,000 at the official rate.

News of the arrests emerged after Kazemi and Asadi posted a teaser for the play online that had not been approved by the Ministry of Culture and Islamic Guidance. The trailer included short scenes of dancing. The directors were released on the night of Monday, September 10 after they posted bail.

Shahram Karimi, the director general of the Ministry of Culture’s Department of Performing Arts, tried to downplay the incident by saying that the two had been summoned to court to provide “some explanations,” but since the process went beyond office hours, the two were temporarily placed under arrest.

This, of course, is not the first time that the Iranian judiciary has summoned people from Iran’s theater community to provide “some explanations.”

“Before the revolution, most of the censorship was about content,” another theater veteran told IranWire. “For example, they did not want anything in the plays that would be interpreted as opposition to the regime. But after the revolution visual elements on stage were added to content censorship as well. The costumes, makeup, the space between men and women, touching, women’s head coverings and anything that they might find ‘arousing’ are censored.”

The person we spoke to — who asked to remain anonymous — has also been summoned for “explanations” several times. “Once they summoned me and arrested me after more than 30 performances of a play,” he said. “They told me: ‘this play is Iran on a small scale and you are criticizing the situation in the country,” even though the play had been reviewed, it had every permit that was required and was going to end its run in a few nights.”

The theater director has found the censors he has talked to be illiterate and full of baseless suspicions. “For example,” he said, “they say that certain sentences must be removed or ask why certain words have been used so frequently. Not that the sentences or the words were inappropriate but, according to these gentlemen, they might remind the audience of the Leader or other high-level authorities.”

This is what happened to Caligula, a famous play by Albert Camus, which was directed by Homayoon Ghanizadeh in 2010. Authorities stopped the play and censors ordered the director to remove the words “economy” and “justice” from the text because those words were often used by then-president Mahmoud Ahmadinejad during his speeches.

The censors also made Ghanizadeh sign a pledge that said: “the director is responsible for any cheering by the opposition audience.” He later told the Islamic Republic News Agency (ILNA) that he had no idea what “opposition audience” meant, but he signed the pledge for the Ministry of Culture’s Department of Supervision and Evaluation so that the efforts of his theater company would not be wasted and the show could continue.

If a theater producer wants to stage a play in Iran, first the play must be approved by the Ministry of Culture. After the approval, the theater is booked and the play is performed exclusively for the ministry’s Performance Review Board. If this test is passed, the board appoints “auditors” to ensure the play does not stray from the approved version.

“Many of us in theater know what kind of things the board is sensitive to and they commonly use the term ‘performance for review’ to describe their actions during the review,” a young theater actress told IranWire. According to her, when actors perform for the review board, they tend to remove lines or gestures that they think the board might find objectionable. “It is a kind of self-censorship, meaning that we don’t perform the whole thing so that we will be allowed to perform the play in a complete form for the public.”

According to the young actress, that particular performance for the review board was very frustrating for her. “I remember that in one case, whenever I spoke a line a member of the board would write a note,” she said. “He did it so many times that I really lost track of what I was saying. All the time I was thinking that they would arrest me after the performance.” In any case, the board refused to grant a permit for public performance, stating that it would not be “advisable” to do so.

Another very sensitive area for censors is improvisation performances. “They are very tough on plays that require improvisation,” the actress told me. “Sometimes, out of fear, theater managers censor the improvised lines before the auditors do. In 2014, in the play Autumn, Amir Jafari was given a role that required improvisation, but Majid Sarsangi, the director of Iranshahr Theater, stopped the performance and said: ’this improvisation encourages hooliganism!’”

She remembered another event that she found both funny and sad. “In one performance, one of the auditors told the director that the underwear of an actress was visible, and that her underwear was pink,” she said. “The director looked very carefully but did not see anything. When he told the actress about it, she was bewildered. Interestingly enough, she herself did not remember what color underwear she was wearing. Everybody looked, but nobody saw anything. Eventually the actress went away to check and discovered that the auditor was right and she is wearing pink underwear! Now the question is how the auditor was able to see something that nobody else could see.”

A theater director told IranWire he believes someone from the review board is present at every performance to keep an eye on things. He told an interesting story about a performance during the Fajr International Festival, which is held every February to celebrate the anniversary of the 1979 Islamic Revolution. “In the middle of the performance the scarf of one of the foreign actresses fell off,” he said. “Suddenly the lights were turned off and the stage went dark. The audience started talking and the actors had no idea what was going on. At last, through gestures, they notified the actress to put her scarf back on. She did, the stage lights came back and the performance resumed.”

This incident happened about 15 years ago. “At the time not all mobile phones had cameras,” said the director. "Even if they had phones, people were not accustomed to using them for taking pictures and videos. But I remember that a few photographers were among the audience and as they were leaving the hall the guards checked their cameras to make sure that they had no picture of [the actress] without her hijab.”

Getting Intoxicated on Orange Juice

The director said that the censors also took their cues from hardliner media such as the daily Kayhan and Fars News Agency, which is affiliated with the Revolutionary Guards. He cites the example of Henrik Ibsen’s 1891 play, Hedda Gabler: “All members of the cast and crew were interrogated because Fars News Agency had written that the play promoted drinking alcohol and illicit relationships.”

The staging of Hedda Gabler he referred to was a ban in 2010. Two days before the ban, Fars News Agency published an attack on the play. "Normalization of drinking alcohol and intoxication implicitly, under the cover of drinking orange juice, and also having illicit relationships explicitly are among things that you can see in this vulgar play,” it announced.

But the ban was just the first step. Parliament’s Cultural Committee held a special session to discuss Hedda Gabler, and a number of hardliner members of parliament collected signatures in order to issue a warning to the minister of culture. People involved in Iranian theater still remember the arrest and the interrogation of the cast and crew with bitterness. 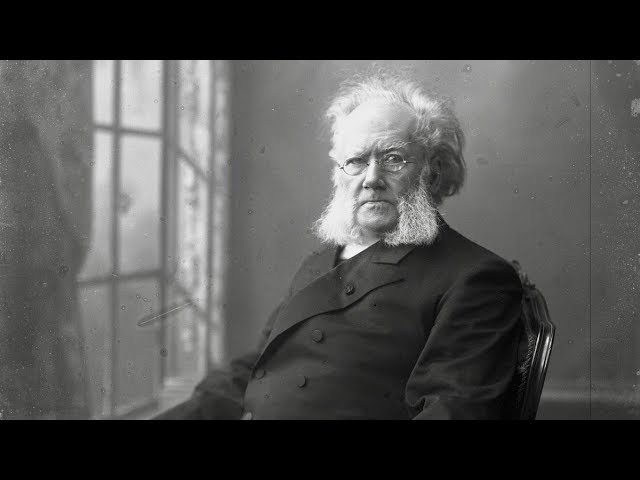 “I remember when Hedda Gabler was banned because our member of parliament claimed that Ibsen was an agent of Mossad,” said Jafar Vali, the veteran theater director, actor and scriptwriter, in a speech before his death in 2016. “Are these the people who want to decide our lives?...I miss theater and at night I dream of theater — but it is always a nightmare.”

Both the farce and the nightmares continue, implicitly and explicitly.

More on censorship in Iran:

Censorship and Self-Censorship During the Protests, December 31, 2018