"This is the 50th day of Farhad’s hunger strike and the tenth day of his dry hunger strike. Until a few days ago, he called home and told me about his condition, but for the last few days he has not been able to call. He is probably in a coma or half unconscious."

The voice of Sedigheh Pishnamaz trembles as she talks about her son, Farhad Meysami. His cellmates have called her to tell her he is too weak to talk, and that his blood pressure is over 4.5. “Now they [the prison officials] have suggested he should go to a hospital,” she tells me. “But because they want to take him in handcuffs and prison uniform, Farhad refuses to go.”

Intelligence ministry agents arrested Meysami, 48, on July 31 and took him to Evin Prison. In recent years Meysam had participated in rallies and sit-ins in suport of prisoners' rights and against women being forced to wear hijab. After arresting him, the agents searched his home and confiscated a number of items including badges that declared: “I am against forced hijab.”

His mother told IranWire: “he was in solitary confinement for one month after he was arrested. He started his hunger strike the day after his arrest but nobody knew about it because he was in solitary. About a month later, after several times of me going there, they allowed a visit from behind the glass. He looked very thin and feeble.” 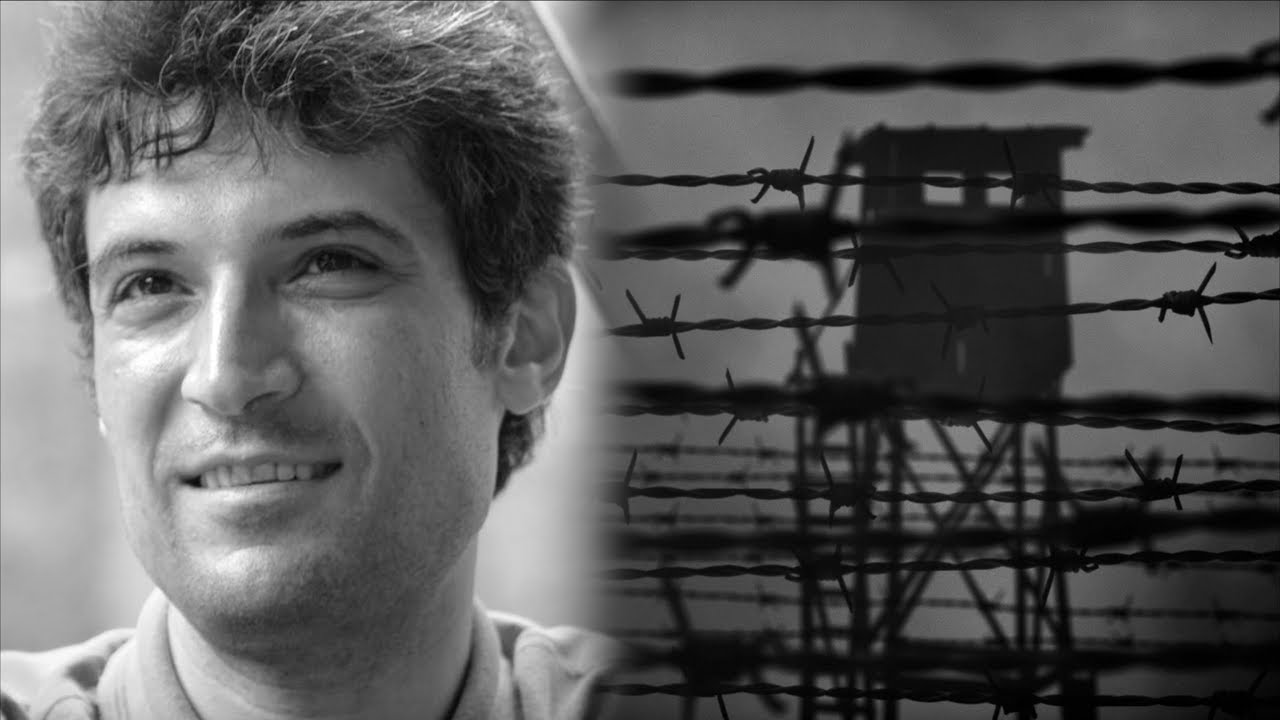 Farhad Meysami is a medical doctor and the publisher of books for high school graduates preparing to participate in Iran’s nationwide university entrance exams. For years he also taught biology to exam applicants and had a good reputation for his teaching. “The authorities are not doing enough to get him to the hospital,” says Pishnamaz. “Why shackles and handcuffs? He is an honorable human being. He has done so much for this country. He founded the publishing house [that published books for entrance exams]. He contributed to the education of hundreds of doctors and engineers. I don’t know what they want to with my child and why. I only know that they have taken away my innocent child.”

Meysami’s mother has asked Mohammad Moghimi, who has represented many civil rights activists, to act as her son’s defense attorney. “We have sent lawyers before but they do not accept them,” she says. “He [Moghimi] went there yesterday. ‘They [the family] selected me,’ he told them [the authorities]. ‘I am responsible for his life. Let me talk to him.’ But they did not let him. He insisted but it was no use. If, God forbid, something happens...Farhad is in a critical condition. We might lose him.”

Mohammad Moghimi also spoke to IranWire. “I went there to register as his lawyer. But they rejected this and said that the case ‘is in the preliminary investigative phase and according to Article 48 of the Code of Criminal Procedure we cannot accept you as his lawyer.’”

According to a provision of Article 48 of Iran’s Code of Criminal Procedure, “In cases of crimes against internal or external security...during the investigation phase, the parties to the dispute are to select their attorneys from a list approved by the head of the judiciary.” The existing approved list consists of 20 lawyers personally approved by the Judiciary Chief Sadegh Larijani. In a letter explaining his reasons for going on hunger strike, Meysami cited his objection to this provision as one of the reasons.

In the letter, Meysami called on political and civil activists to work “with emphasis on meaningful defense” and to demand the repeal of the rule that severely restricts prisoners’ access to lawyers. He wrote that the accused must be able to choose “an independent lawyer” to represent them throughout hearings, and that these lawyers must be given time and access to review the cases and to prepare a well-founded defense to present in an open court and in the presence of an impartial press.

“My son’s demands are just demands,” says Sedigheh Pishnamaz. “He wants due process of law and to have a lawyer, not only for himself but for all prisoners. He is a human rights and civil rights activist and never asks anything just for himself but for everybody.”

The last time that Meysami called Mohammad Moghimi was five days ago. “He said that he was going to accept serum for the moment but if things continue this way [he said]: 'I will no longer accept serum’. I just heard that he is refusing serum.” So this means he is refusing all sustenance.

Meysami’s cellmates have called Moghimi and told IranWire the news is not good. “Since five days ago he has not been able to call because he is too week as a result of the hunger strike,” says Moghimi. “The day before yesterday my other clients called from the prison and said that he is in a very bad condition and might die. He refuses to go to the hospital and says ‘I am not going to the hospital in handcuffs and in prison uniform.’ As his lawyer I emphasize that his life is in danger.”

Moghimi says that when he went to prison to tell authorities about representing Meysami, he was able to talk to the assistant prosecutor about his client. The prosecutor told him: “We have talked to him but he refuses to break his hunger strike.”

Moghimi says judicial authorities must accept the legitimate demands of his client and honor his right to due process and to choose his own lawyer so that he will stop his hunger strike.

This week was one of the holiest periods for Shia Muslims — the ninth (Tasu'a) and the tenth (Ashura) of the Islamic lunar calendar month Muharram, when the faithful mourn the martyrdom of Hossein, the second Shia Imam and the grandson of the Prophet Mohammad, in 680 AD. During this time all offices are closed and most businesses close.

“I ask the whole world to be my voice,” says Meysami’s mother. “In these few days that they are closed to mourn Imam Hossein, they don’t do anything, and I have no idea what will happen to my son. I ask everybody to be the voice of my son to save his life. They must allow his lawyer to go inside the prison, see how he is doing and bring me the news.”

“It is quite possible that these holidays will [negatively] impact Dr. Meysami’s condition,” says Moghimi, “because the judges go on vacation a few days earlier and the justice system is practically shut down.”

Meysami’s mother is not well herself. And in recent days, she has been under enormous psychological pressure. “I was under his care,” she says. “I am ill and I am alone. My husband and my other son have passed away and Farhad is my whole life. But at this moment I am not important. My son’s life is what is important. I am a mother and I ask all authorities, each and every one of them, to return my son to me, as healthy as when they took him away.”

More on the fight against the forced wearing of the hijab in Iran:

Decoding Iranian Politics: The Struggle Over Compulsory Hijab, May 1, 2018

People Want the Choice on Hijab — But the Regime Won't Listen, February, 2018

The Woman Who Stood Up Against Forced Hijab, January 23, 2018