Her son looks nothing like he did three months ago.“He is just bones,” says Sedigheh Pishnamaz, the mother of imprisoned civil rights activist Farhad Meysami following her visit with him in prison on November 19. “His face was ashen and he did not have the strength to talk. What I saw of my son is enough to upset any mother.”

Intelligence Ministry agents arrested Meysami, a 49-year-old medical doctor, on July 31 and took him to Tehran’s Evin Prison. Over the last few years he had taken part in rallies and sit-ins in support of prisoner’s rights and in protest against mandatory hijab. After his arrest, agents searched his home and confiscated, among other things, badges that declared: “I am against forced hijab.” Meysami used to give these badges to his friends as a peaceful way to protest against Iran’s mandatory hijab law.

He started his hunger strike on August 1, while on Ward 209 at Evin Prison, where he was kept in solitary confinement. He has been on strike ever since. “Farhad has been on hunger strike for 112 days,” says his mother. “He is 182cm tall but weighs only 44kg.”

This means that Meysami’s body mass index (BMI) has fallen to 13 — indicating serious danger for his health. BMI is calculated by dividing a person’s weight in kilograms by the person’s square height in meters; if this figure is less than 15, it means the person is seriously underweight. “Farhad is in need of immediate medical attention and hospital services,” Meysami’s mother told IranWire. “He might go into a coma at any moment.” 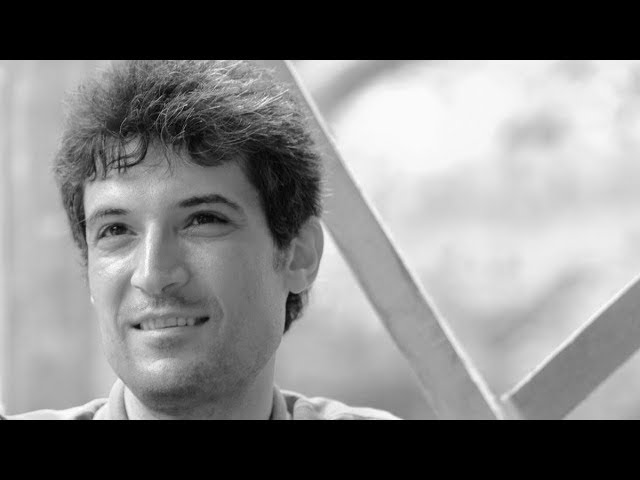 On September 26, Farhad Meysami was forcibly removed from Evin’s communal ward and moved to a cell next to the prison clinic. Sedigheh Pishnamaz met her son the first week after he was relocated; after that she was only allowed a second visit on Monday, November 19 — after a period of two months. “He is extremely gaunt,” she says. “It just cannot be described.”

“Not even if the whole world writes to him”

Since he embarked on his hunger strike, numerous intellectuals and civil rights activists have appealed to Meysami to end his strike, including former president Mohammad Khatami. “I don’t know anything about the letters,” Meysami’s mother said. “Many people have written him letters to end the hunger strike. But I did not talk to him about the hunger strike at all because I know that even if the whole world writes to him, Farhad would thank them but he will not end it. Farhad is not demanding anything for himself. But until his demands are met, he will not end his hunger strike.”

In a letter from prison, Meysami explained his demands — and they reach far beyond his own personal case and rights. They include due process of law, ending unjust interrogations, respect for human dignity, the right to choose one’s own lawyer and impartial courts.

Meysami’s lawyer Mohammad Moghimi last met with his client two weeks ago, toward the beginning of November. “At first, his demands were about the unjust process of interrogations and court cases, human dignity, the right to choose a lawyer and the unconditional release of [human rights lawyer] Nasrin Sotoudeh,” he told IranWire. “But now he also insists on the unconditional release of Reza Khandan,” Sotoudeh’s husband. Dr. Meysami is a close friend of Sotoudeh and Khandan and the latter had talked to the media a lot about Meysami after his arrest. But Khandan himself was arrested on September 4. One of the charges against him was the possession of anti-forced hijab badges that Meysami had given him.

“I talked to Meysami about the letters and requests [to end his hunger strike]”, Moghimi said, “and he expressed his gratitude. Prison officials have repeatedly tried to talk him out of his hunger strike but Dr. Meysami has resisted. He has his ideals for his country. He says: ’I am not doing this for myself. I would accept any punishment that they sentence me to but I am doing this for the people, for civil rights and for the realization of people’s ideals.’”

Farhad Meysami had accompanied Nasrin Sotoudeh a few times during her sit-ins outside the Bar Association, where she protested against the suspension of her license to practice law. According to Moghimi, this act of solidarity was interpreted as conspiracy. “But a peaceful sit-in is not valid evidence for conspiracy, either,” he said.

The prosecutor’s office has now sent Farhad Meysami’s case to Branch 15 of the Revolutionary Court but he is yet to be tried. “I hope the authorities pay attention to his lawful demands,” said Moghimi. “He is truly innocent and his life is in danger.”

Letter from Prison: Why My Hunger Strike Must Continue, October 2, 2018