Javad Motevali
8 min read
The Director General of Haft-Tappeh sugarcane complex has changed, but the demands by protesting workers have yet to be met

As workers of Haft-Tappeh Sugarcane Agro-Industry Company in Khuzestan entered their 27th day of protests on Saturday, December 1, it was announced that a new director general had been appointed to oversee the company’s operations.

"We are going to check the situation of the factory every month for a year," Khuzestan’s Prosecutor Abbas Hosseini Pouya told reporters during the ceremony to welcome the new head of the sugarcane complex. "We are following up on the workers' demands." He also promised to solve the problem of two Haft-Tappeh Sugarcane Refinery workers still in detention, Ali Nejati and Esmail Bakhshi, “within the next two or three days” — though as of December 5, no further information has been provided about the detained protesters.

Kiumars Kazemi was introduced as the new director general of the factory as rallies outside both the company offices and the office of the governor of the city of Shush continued.

According to the government's official Islamic Republic News Agency (IRNA), authorities from the city of Shush and its member of the parliament, provincial officials and workers' representatives were all present at the ceremony.

Kiumars Kazemi, a former CEO of Mirza Koochak Khan Sugarcane Agro-Industry Company, served as Haft-Tappeh’s director general for a short time in 2017. On December 14, 2017, following a six-day strike by the workers, Omid Assadbeygi, the Chairman of the Board of Directors, gave in to the workers’ demand to oust the old director general of the factory, and replaced Siamak Afshar with Kiumars Kazemi. However, shortly afterward he dismissed Kazemi on charges of large-scale embezzlement.

Following the recent news of Kazemi’s reinstatement, the Haft-Tappeh Sugarcane Workers Syndicate tweeted: “Mr. Kazemi: How much has been offered to forget about the Haft-Tappeh investors’ accusation of your three-billion [tomans] theft?” [Persian link].

In a statement dated December 14, 2017, the syndicate had announced that, at a meeting with workers’ representatives, the board of directors had promised to dismiss Siamak Afshar and to pay overdue wages. With the appointment of Kazemi and the promise of receiving their overdue wages, the workers temporarily returned to work. But in its statement, the syndicate emphasized that the workers’ return to work was conditional: “If workers’ demands are not met they will resume their strike,” it read.

Twenty-three days after Kazemi was first appointed, a group of the company’s workers congratulated him in a public letter and asked him to fulfill their demands and make it possible for their labor union to act freely. But two days after the letter, which was published on December 26, 2017, the workers of Haft-Tappeh Sugarcane Refinery went on strike again. This time the workers protested against the broken promises of the new director general. They gave Kazemi four days to satisfy their demands, including the payment of overdue wages.

The same day, Kazemi went to the workers and promised them he would pay their back wages. The labor union, however, issued a statement dismissing his promises as “empty.” “Despite all these promises,” said the statement, “no money is yet to be deposited in the workers’ accounts.”

Now Kazemi is back at the helm of Haft-Tappeh Sugarcane Agro-Industry Company. “Haft-Tappeh is the most important thing for me,” he told reporters upon his return. “Let everybody know that this company is the second home to all of us. The owners and the city and provincial officials asked me to take responsibility for the company and I have eagerly accepted it. Let us all help to resolve the factory’s problems and make it flourish.”

At the same time as he issued these platitudes, he also implicitly threatened the striking workers with dismissal. “I have taken over the management of the factory with full powers,” he said. “I will not be involved in the company’s commercial deals only, so if somebody does not want to work and engages in sabotage, he has no place in this company.”

He conceded that “80 percent” of the workers were in a difficult financial situation. “I will put honesty at the top of my agenda and defend the rights of the workers and the managers,” he said. “The workers must get busy harvesting the sugarcane and help to pay the personnel.”

What do the Workers Say?

Haft-Tappeh workers have not been appeased by the management change. On December 1, one worker sent a message to Kazemi, telling him: “With all due respect...we, the workers of Haft-Tappeh, do not trust Omid Assadbeygi, let alone somebody who represents him. Where is that runaway shareholder?”

Here the worker was referring to news coming from Iranian judiciary officials. On October 20, Tehran’s Prosecutor Abbas Jafari Dowlatabadi made statements about “currency violations” by a company in Khuzestan. Mentioning currency loans that had not been repaid, he said: “For instance, somebody who has purchased a company in Khuzestan, and who has received $800 million between 2015 and 2017, has not met his obligations and is now on the run.” Some news agencies interpreted the statements as being a reference to the owners of the Haft-Tappeh sugarcane company. The mention of currency loans could be a reference to individuals being allowed to purchase dollars at the officially-set rate instead of the higher free-market rate.

According to the Iranian Labor News Agency (ILNA), some Haft-Tappeh shareholders and members of its board of directors, who also have links to other companies, feature on the list of currency violators. “The executive director of Haft-Tappeh Sugarcane Agro-Industry Company is on the run,” said Judiciary Spokesman Gholamhossein Mohseni Ejei. “He is not in prison so we cannot give him a chance to resolve the issues.” The inference is that the director was able to secure a vast amount of dollars and then disappeared from public life.

On Saturday December 1, one of the sugarcane refinery workers told ILNA that he and his colleagues changed the location of their protest rally because “today a number of provincial and city officials are scheduled to come to the factory to listen to our problems...My colleagues and I insist on the nationalization of the complex. At the same time, we have no news of our two arrested colleagues [Ali Nejati and Esmail Bakhshi].” He said that the “prolonged neglect by the employers in the payment of overdue wages” has “exacerbated” the situation and made the workers even more resolute. He added that the protest rallies were the result of decisions made by all Haft-Tappeh complex workers, and claimed that Nejati and Bakhshi “did not play a bigger role in the protests than other workers.” 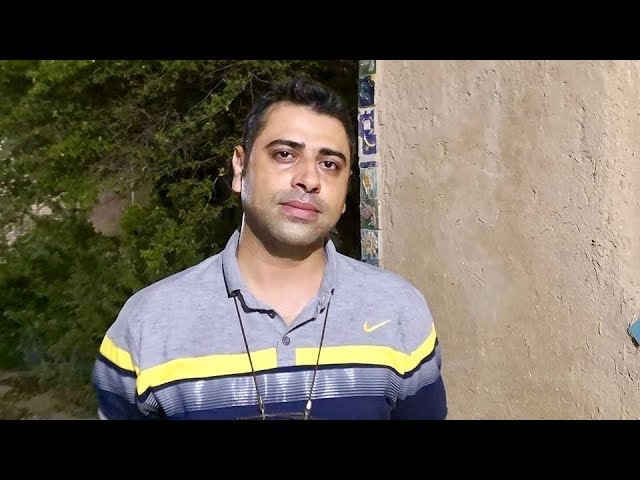 Haft-Tappeh is the oldest sugarcane refinery in Iran and started production around half a century ago. It employs 5,000 full-time, half-time and contract workers and employees.

The complex was privatized in 2015, but questions about the transfer of ownership from the government into private hands have persisted. Many viewed the deal with suspicion and suspect corruption. In an interview with ILNA [Persian link], Al-Ashraf Abdollah Pouri-Hosseini, the head of Iran’s Privatization Organization that handled the transfer, denied the rumors that the company had been sold at a small fraction of the value of its assets. “These are all nonsense,” he said. “All the numbers that some people cite are wrong.” He also showed frustration about regularly being challenged on the Haft-Tappeh affair. “I cannot repeatedly answer questions about a specific company. I have nothing more to say about Haft-Tappeh.”

In addition, President Rouhani’s administration has voiced opposition against the re-nationalization of Half-Tappeh — one of the striking workers’ major demands.

The appointment of the new Haft-Tappeh director general coincides with a new round of harassment and arrests of workers. Two union activists, Mohammad Omidvar, an employee of Haft-Tappeh Commerce Department, and his wife Shahin Pishahang, were summoned to the Intelligence Bureau of Shush and interrogated for three hours. Labor activist Esmail Bakhshi and Sepideh Ghaliani, a civil rights activist from Ahvaz who had participated in rallies organized by Haft-Tappeh workers, have been under arrest for the last 15 days. Union activist Ali Nejati has also been detained.

Haft-Tappeh Sugarcane Workers Syndicate reported that after arresting the workers’ representative Esmail Bakhshi, the agents had beaten him savagely. He was hospitalized after “his face was black and blue from repeated beatings” and he had suffered from internal bleeding. Since his hospitalization, there has been no further information about him.

On November 30, after the news about Bakshi was published, 25 members of the Iranian Bar Association issued a statement protesting against “the mistreatment of arrested Haft-Tappeh workers” and the “torture of Esmail Bakhshi.” Citing the Iranian constitution and the United Nations Convention against Torture, they announced that “torture is the most foul and inhumane treatment of a detainee in all international laws.” By referring to the situation of Esmail Bakhshi, the lawyers demanded from the president and the judiciary that the perpetrators and the torturers be brought to justice.

Ali Nejati, the other labor activist, was arrested without a warrant on the morning of November 29 at his home. Last week, in a short phone call, Sepideh Ghaliani told her family she might be detained for a month.

But Haft-Tappeh workers have been mistreated in other ways too. One of the most tragic events was the suicide of Ali Naghdi on February 27. A few hours before taking his own life, he went to the camp his colleagues had set up for the protest and told them that he was tired of his debts and that he wanted to commit suicide so that, perhaps, the company’s managers would pay his colleagues after so many years.

“We did not believe that he would do it, but, unexpectedly, we found his body in the irrigation canal,” Naghdi’s colleague told the media. “The only thing we could do was to get his body out of the water so that it would not be sucked into the pump.”

On the morning of Sunday, December 2, as the residents of Shush were on their way to work, they could hear chanting of the protesting workers: “They climb on Islam to trample on workers,” many of them called out.

The Rise and Fall of Haft-Tappeh Sugar Factory, November 22, 2018

Living on the Margins in Iran: The Rise and Fall of Khuzestan, November 2, 2018