On the morning of Monday, March 11, Reza Khandan posted on his Facebook page that his wife, the human rights lawyer and activist Nasrin Sotoudeh, had been sentenced to 38 years in prison and 148 lashes after being found guilty in two cases against her.

“Nasrin had no lawyer and she was personally informed of the verdict in prison,” Reza Khandan told IranWire. This contradicts an earlier statement by Judge Mohammad Moghiseh of Branch 28 of the Revolutionary Court, who was the presiding judge at Sotoudeh’s trial.

“Either Judge Moghiseh was lying or he had confused her case with somebody else’s,” said Khandan, emphasizing that Sotoudeh’s family were unaware of the verdict until she herself informed them about it.

Nasrin Sotoudeh was arrested on June 13 at her home after she took up the defense of the “Revolution Women”, young women who had removed their headscarves in public spaces to protest against the policy of mandatory hijab in Iran. At the time it was announced that she had been arrested following a complaint from the judge handling the case of Shaparak Shajarizadeh in the city of Kashan. Shajarizadeh was sentenced to 20 years in prison.

Later, however, the judiciary claimed that Sotoudeh had been arrested to serve a five-year prison sentence from 2016. In that year, Judge Mohammad Moghiseh, who the European Union has issued sanctions against for gross violations of defendants’ rights, had sentenced her in absentia.

Free expression organization ARTICLE 19 was among the international organizations that condemned the ruling, which it described as “a new low for the country’s repressive judiciary.” The group’s Executive Director Thomas Hughes said it was "a sad day for human rights," adding: "Nasrin has not committed any crime, and this latest punishment is an attempt to make an example of a respected international lawyer. Iran’s escalating crackdown on human rights defenders must end.” 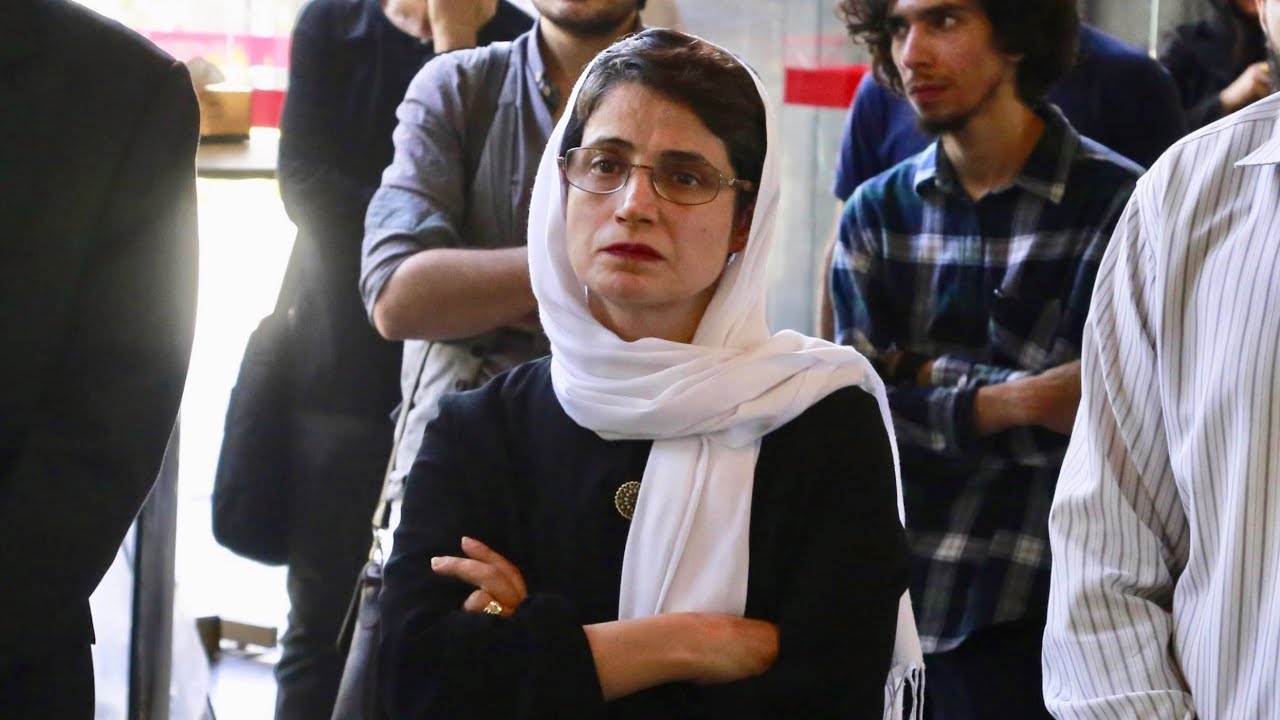 In 2016, Mohammad Moghimi and Payam Darafshan served as Sotoudeh’s lawyers, but this time she was refused a lawyer because, Moghimi said, “according to a provision of Article 48 [of Iran’s Code of Criminal Procedure] in the new case she had to choose a lawyer from a list selected by the judiciary.” According to this provision, in cases concerning national security issues, the defendant can only choose from a list of 20 lawyers approved by the Chief Justice.

But the 2016 case had been flawed by various mistakes and violations of the law. “In the 2016 verdict that was issued in absentia, one of the charges against Nasrin Sotoudeh was meeting with foreign ambassadors,” Moghimi said. “They had put all the charges under the two headings of ‘propaganda against the regime’ and ‘conspiracy against national security’ and had sent it to the court. But the court disregarded these classifications and, citing Article 510 of the Islamic Penal Code, found Nasrin guilty of ‘aiding spies.’”

Sentencing Beyond the Law

According to Article 510, anybody who knowingly helps or hides spies with the aim of harming national security will receive a prison sentence of six months to three years. “It becomes more interesting when we learn that the maximum prison sentence under this article is three years,” Moghimi said, “but the judge sentenced Ms. Sotoudeh to five years by citing the same article.”

For this reason, Sotoudeh’s lawyers filed a complaint against Judge Moghiseh at the judiciary’s Disciplinary Court a few months ago. But, as of now, they have not received a response. According to Khandan, in the new case, Sotoudeh was tried on seven unfounded charges: Gathering and collusion against national security; propaganda against the regime; active membership in the Defenders of Human Rights Center [a human rights group cofounded by Shirin Ebadi, the Nobel Peace Prize laureate]; promotion and aiding and abetting of prostitution and [moral] corruption; appearing before the examining magistrate without wearing hijab, disrupting public peace; and spreading falsehood. The 33-year sentence, says Khandan, “is longer than the total of maximum sentences for each separate offence because if charges exceed four counts the judge can add one half of the total to the sentence.” He said he still does not know whether Sotoudeh will appeal the case or not. “I am not sure if it would make a difference if she does appeal,” Khandan said. “And, if the appeal goes through, what difference could it make? They might just reduce 33 years to 28 years.”

On March 11, Ebrahim Raeesi replaced Sadegh Larijani as the head of the Islamic Republic’s judiciary. Various people had expressed a belief that the policies of the Iranian justice system might change with the change of a Chief Justice. But Reza Khandan disagrees, at least when it comes to his wife's case. “These changes make no difference in political cases. Nasrin’s case is political, not judicial. As long as they feel they must control her, they will keep her in prison and when they feel that the pressure on them is too much they willl release her. They can put more pressure on her anytime they want — by cutting off her visits, by taking her family hostage, and so on.”

More on the persecution of Nasrin Sotoudeh and her fight for human rights:

“The Security Forces are Trying to Ruin us Financially”, September 24, 2015

Nasrin Sotoudeh: The Death Threats are “Getting Worse Every Day,” August 24, 2015