Prominent reformist journalist Masoud Kazemi was arrested on Wednesday, May 22 after appearing in court at Branch 28 of Iran’s Revolutionary Court.

The former editor-in-chief of the monthly Seda-ye Parsi (“Persian Voice”), who has been regularly targeted by authorities, faced fresh charges in an ongoing case brought against him. He has been charged with "endangering national security" and participating in an "illegal gathering."

Judge Mohammad Moghiseh, who has a track record for violating the rights of defendants and issuing arbitrary long sentences, ruled on Kazemi’s case, and set a heavy bail of one billion tomans, over US$235,000. When Kazemi was unable to post bail, he was taken to Evin Prison. 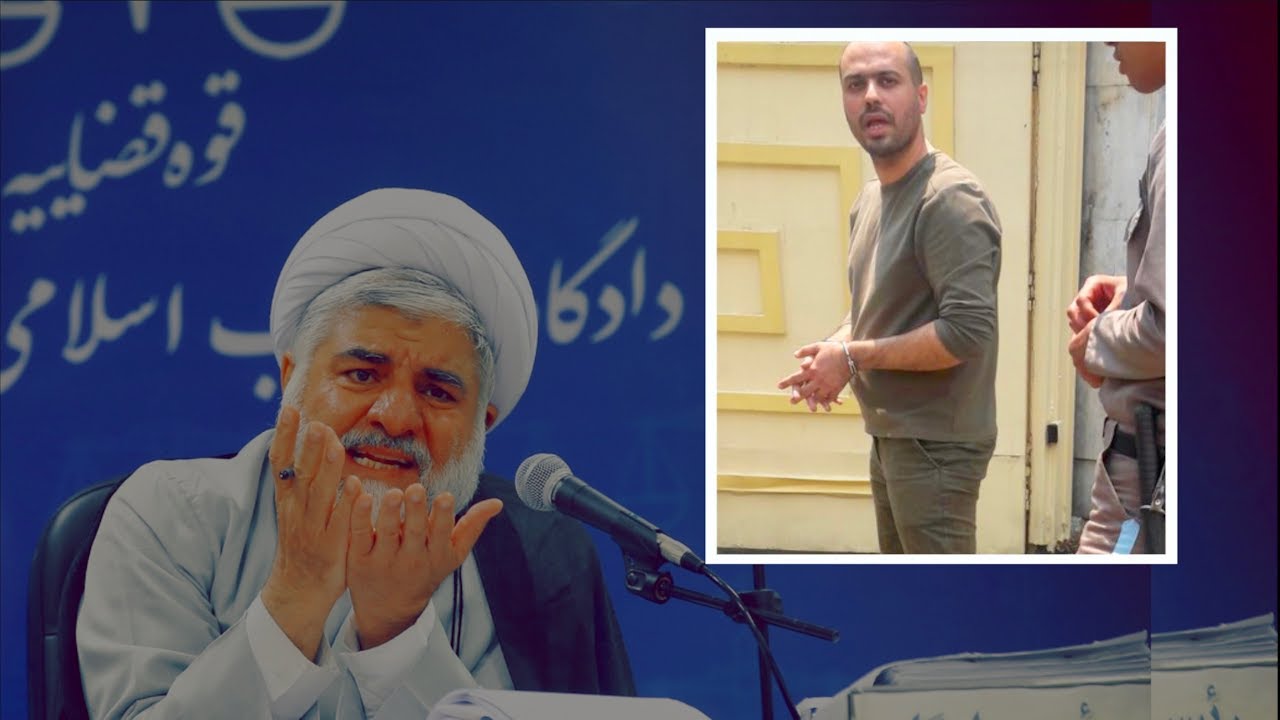 The news was reported in a tweet by his lawyer Ali Mojtahedzadeh, who said the new charges were illegal. He said that instead of informing him of the charges against him beforehand, the judge announced the new charges during Kazemi’s first court session [Persian link].

In another tweet, Mojtahedzadeh wrote that during the court session Judge Moghiseh had repeatedly “cursed” at Masoud Kazemi, berating him for his writing and work as a journalist. The lawyer did not go into the details of the insults issued by the judge, but wrote that the situation had been shocking, and that Moghiseh had displayed inappropriate behavior for a judge, particularly for one who is also a clergyman. He added that the new judiciary chief Ebrahim Raeesi must be held accountable “both in this world and the next” for such behavior.

In other tweets, Mojtahedzadeh demanded that Raeesi investigate Moghiseh’s conduct. “Your Excellency Mr. Raeesi undoubtedly knows that justice requires adherence to the principle of impartiality,” he tweeted. “Can we expect an unbiased ruling when all throughout the court session Mr. Moghiseh was curing Masoud Kazemi? Soon I will inform Your Excellency of what went on in that court in an open letter.”

Masoud Kazemi was first arrested on November 5, 2018, a day after he tweeted about corruption in the Ministry of Industry, Mine and Trade. He also put questions to Hesamodin Ashna, President Rouhani’s advisor, regarding the “Chain Murders” of the late 1980s and early 1990s when dozens of intellectuals and dissidents were murdered by the agents of the Intelligence Ministry — a series of events the Islamic Republic has repeatedly try to push out of public memory. He was released a few days later, on November 5, after settling a bail of 100 million tomans, around $23,500.

After the November 2018 arrest, Ali Mojtahedzadeh tweeted that his client had been illegally detained and without any prior notice. “The Code of Criminal Justice predicts very few cases where arrests without notice are warranted — mostly in special cases and for dangerous criminals,” he wrote, “but unfortunately it has been repeated so much in the case of journalists that it is becoming a normal procedure.”

In early 2019, in an interview with the Islamic Republic News Agency (IRNA), Mojtahedzadeh reported that Kazemi had been charged with “dissemination of lies,” “insulting the officials,” “propaganda against the regime” and “insulting the Supreme Leader.”

Masoud Kazemi is a well-known journalist and the heavy bail set for him has prompted objections from other journalists and civil rights activists who say that no Iranian journalist can afford to pay such a high bail. “They have set a bail of one billion tomans for Masoud Kazemi,” tweeted the journalist Mohammad Mosa’ed. “I know that when the princelings [children of influential, powerful and wealthy figures] go to court they can easily afford such a sum and they can go free, but a billion tomans is what a journalist gets paid over 60 years. This must be a case of mistaken identity!”

Showing “High Regard” for Journalists

Mehdi Mahmoudian, a journalist and a former prisoner of conscience, referred to the bail amount in sarcastic commentary about the situation for journalists following Ebrahim Raeesi's appointment as the chief justice of the Islamic Republic in March. “With Raeesi’s positive view toward journalists...the bail for Masoud Kazemi was raised to one billion tomans. The journalist, who had lost his job earlier, was transferred to prison. This shows he [Raeesi) holds journalists in high regard.”

“Living without a job, without money and without a future has become the fate of many critical journalists,” tweeted journalist Hedieh Kimiai. “Worrying at every moment about arrest and prison and watching the torment of yourself and other people and staying mum about it even breaks the Patience of Job. Masoud Kazemi’s [only] joy was to see his son but now you have taken even that away from him.”

“Until this morning we wrote ‘Free Marzieh Amiri’ but now we write ‘Free Masoud Kazemi,” wrote the journalist Fatemeh Jamalpour, referring to the May 1st arrest of a journalist who reports on the economy for reformist newspaper Shargh. “You know what? Free all of us.”

Ebrahim Raeesi was appointed the head of the Judiciary on March 8 and in the short time since then at least three journalists have been arrested. The charges against Marzieh Amiri are still unknown. Now, less than a month later, Masoud Kazemi has again been placed under arrest. Mohammad Reza Nassab Abdollahi, editor-in-chief of news websites Anar Press and Aban Press, was arrested on April 21 and both websites were blocked. He was released on May 21 but the charges against him stand and remain unknown.

According to Mehdi Rahmanian, managing editor of Shargh, Ebrahim Raeesi and judiciary officials recently held a press conference about the detention of Marzieh Amiri. An editor asked about the arrests of journalists and was told by Gholamhossein Esmaili, the judiciary spokesman, that there was only one journalist in prison — “not because she is a journalist but because she has been charged with security offenses. She was arrested in the street.”

Rahmanian says he told Esmaili: “She might have other charges but she was arrested because she was at a worker’s rally as a journalist to write a report and that was the reason for her arrest.” According to Rahmanian, Raeesi then reiterated that Amiri was arrested on security charges, not for reporting.

But in recent months and years, “security charges” has become the judiciary’s favorite pretense for arresting journalists.

Fatwa and Death Threat Against IranWire Journalist, May 3, 2019

Jail, Censorship, Forced Confessions: Life as a Journalist in Iran, May 3, 206

The Unbearable Beauty of Women Singing in Iran