Spy for Us or Else: Ahmad Reza Jalali

There is an edict based on Islamic jurisprudence that says spying on infidels is condoned, and can even result in the spy being rewarded for his or her efforts. Over the years, this edict has been reiterated by various religious officials to justify certain judicial decisions.

“For the Muslims, spying against the infidel is allowed and, according the assertion of some, the spy gets a share of the spoils” [Persian link], a translation of the edict reads.

The edict, based on the tradition of Islamic jurisprudence or the “Sunna,” not only allows a Muslim to spy on the enemy, it encourages him to do so by promising him a share in the plunders of war even though he has not been directly engaged in the fight. Although this and other edicts of the Sunna are not part of the Koran — they are based on the words and deeds of the Prophet Mohammad — they can hold as much authority as the Koran. However, they are also open to interpretation. In relatively recent times, this view has been repeated by, among others, Ayatollah Hossein Ali Montazeri, the one-time designated successor to Ayatollah Ruhollah Khomeini. In his book The Jurisprudential Foundations of the Islamic Government, he stated that it was not only a choice that is “allowed,” but a necessity [Persian link]. And this “necessity” was later confirmed by Khomeini himself who said: “Spying to protect Islam and the Muslim people is a religious duty” [Persian link]. And, he added, if a particular act is a religious duty, then dereliction of this duty is subject to punishment.

For many years now, security and intelligence agencies of the Islamic Republic have been responsible for identifying dereliction in this regard. Those found guilty of refusing to spy, including a number of Iranians with dual nationalities or Iranians who reside in foreign countries, have received heavy punishments.

On April 25, 2016, Dr. Ahmad Reza Jalali, an Iranian physician and researcher specializing in medicine for disaster relief and a permanent resident of Sweden, was arrested just three days before he was due to return to Sweden. He had traveled to Iran at the invitation of Tehran and Shiraz universities to participate in a crisis management workshop — and ended up being charged with cooperating with hostile governments and espionage. On January 31,2017, he was taken to Branch 15 of the Revolutionary Court where Judge Salavati told him that he had been sentenced to death.

Later, Tehran’s prosecutor Abbas Jafari Dowlatabadi announced that Jalali was an agent for Israel’s Mossad and had been found guilty of conspiring with Israel to assassinate Iranian nuclear scientists. Jalali, said Dowlatabadi, “had several meetings with Mossad and provided them with sensitive information about Iran's military and nuclear sites in return for money and residency in Sweden.”

Jalali was forced to make a confession to his alleged crimes in front of a TV camera and the recording was broadcast by the Intelligence Ministry as a response to the international outcry against his sentence. But prior to the broadcast of these confessions, Jalali managed to post an audio message online, in which he called the charges against him bogus. In the recorded conversation — the authenticity of which was confirmed by Jalali’s wife Vida Mehran Nia — he disowned the recorded confessions broadcast by the ministry. He said his interrogators had used threats, torture and intimidation to force him to sit in front of the camera, and that his confessions had taken place while he was being held in solitary confinement and had no access to a lawyer. 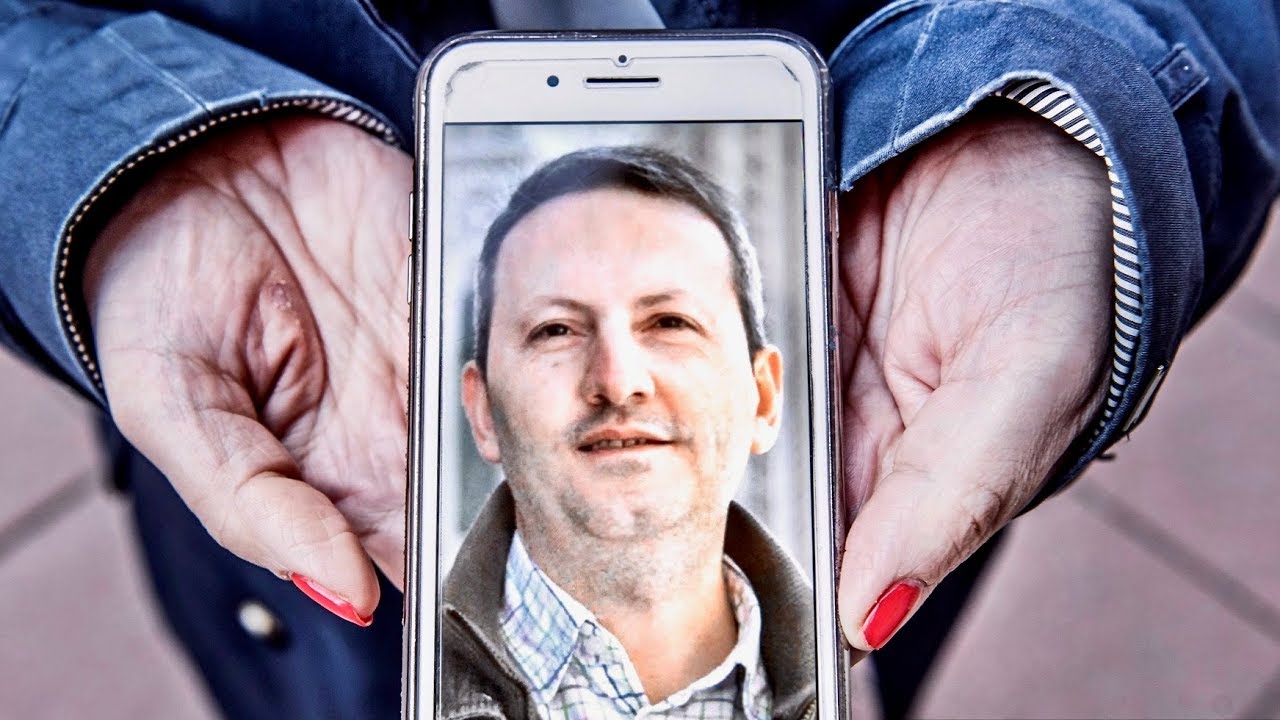 They Swore on the Koran

In another video posted online, Jalali’s mother, Najibeh Mortazavi, said that the security agents had sworn on the Koran that if he confessed to working with Israel, they would let him go free. But Jalali remains in prison.

While still living in Iran, Jalali had worked with the Ministry of Defense for a period, but his work there ended in 2004. “In 2012, during one of Ahmad Reza’s trips to Iran he was attacked by muggers and his laptop was stolen,” says his wife. “He reported the robbery to both the police and the Ministry of Defense. They told him that it was not important because ‘you have not worked with the Ministry of Defense for years and you have no information.’” But a friend of Jalali, using the name Vahed N. to protect his identity, told IranWire that the Intelligence Ministry suspected that he might be under surveillance by hostile intelligence agencies and asked Jalali to work with them. “In one of the videos that he managed to send out of prison, Ahmad Reza himself said that he had been asked a few times by foreign intelligence agencies to cooperate with them but that he had rejected their offers,” he said. “In one of his visits to Iran, Intelligence ministry agents took him somewhere and asked him to work with them but he told them that he could not do it and rejected their offer.”

This report was confirmed by his wife. “In 2014 they talked with him for a few hours and asked him to inform them about the projects in Europe that he was working on,” Mehran Nia told IranWire. “Of course, I have no idea what exactly they wanted. The only thing I know is that Ahmad Reza told them: ‘I am only a medical researcher on these projects and I have no other information.’”

The offer was also confirmed by Jalali himself in a letter he wrote after his forced confessions were aired on Iranian state TV. “During my trip to Iran in 2014, two people from a military establishment and the Intelligence Ministry met me,” he wrote. “They asked me to work with them to identify and gather information and data (spying) in European countries including information about fighting terrorism, dealing with chemical, radioactive and biological attacks and sensitive operational plans related to terrorism,” he wrote. “My answer was negative. I told them that I am only a scientist, not a spy.”

Vahed says that in 2016, before Jalali's arrest, Intelligence Ministry agents again asked him to cooperate with them. “They again met Ahmad Reza in a hotel and proposed to him to work with them and report to them on projects that Sweden was working on,” he said. “But Ahmad Reza rejected their offer again.”

According to Vahed, after Jalali’s arrest and during the interrogations, Intelligence Ministry agents promised him that if he accepted the offer to work for them, the case against him would be closed but, again, Jalali rejected the offer.

Scientists Around the World Call for Jalali’s Release, December 12, 2017

Spy for Us or Else: Hamid Babaei and Omid Kokabee