IranWire
3 min read
Zahra Khoshnavaz, Lili Maleki, Hediyeh Marvesti, and Forough Alayi are among those who were arrested, and who were charged with trying to enter a stadium
On Monday, August 12, Revolutionary Guards’ intelligence agents arrested at least six “Freedom Women” — women who protest against the Islamic Republic’s mandatory hijab law or denial of other rights

Zahra Khoshnavaz, Lili Maleki, Hediyeh Marvesti, and Forough Alayi are among those who were arrested and charged with trying to enter a stadium.

One of the group’s friends told IranWire that the arrests followed complaints from the head of Iran’s football federation, Mehdi Taj, and his request that the Guards stop women from entering the stadiums, particularly now that the pro league is underway. 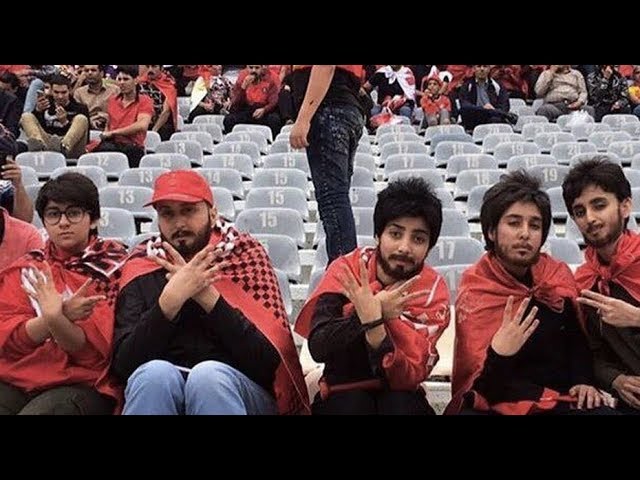 The Islamic Republic has a long history of banning women from entering stadiums, and among Iran’s conservative factions there is a general resistance to the idea of women being allowed to watch live sport alongside men — despite the fact that countries taking part in international competitions must practice gender equality under guidelines set out by FIFA, the international football governing body, and other international sporting bodies. In some cases, this resistance has intensified, and FIFA has issued a direct order for individual companies and individuals to regard the regulations.

On June 18, 2019, the head of FIFA, Gianni Infantino, wrote officially to Mehdi Taj, stating that under FIFA rules and regulations, if Iran continues to ban women from stadiums, it will be suspended from the international federation and banned from taking part in international games. Infantino expressed his disappointment that Iran had not continued to "progress" and build on the “Important first steps” that he witnessed during his visit to Tehran in November 2018, and during which he urged the Islamic Republic to take “concrete steps" to allow women to attend the qualifying games for the 2022 World Cup in September 2019.

Not Appropriate Even on TV

When addressing the matter of women in stadiums, Ayatollah Naser Makarem Shirazi, a high-ranking Shia cleric, said: “The stadium environment is not appropriate for women and there is no doubt that letting men and women go into stadiums alongside one another will cause sin and many other social and cultural problems. In addition, in some sports, men’s outfits are not sufficient enough for the female audience ... they need to avoid watching it; even if it’s broadcast on TV, it is not appropriate for women to watch.”

Iran’s attorney general, Mohammad Javad Montazeri, also commented on the issue: “It’s not FIFA’s business if we let women into stadiums or not.” Implicitly referring to FIFA’s letter as a product of foreign conspiracy, he stated: “They don’t care about our women that insist we let them in [to sports stadiums], nor for our sports stadiums. Do you really think they care about our women’s wellbeing? Don’t be naive.”

However, the main opposition to FIFA comes from Sports and Youth Minister Masoud Soltanifar, who rejected the governing body’s requirement about letting women into stadiums.

As Iran’s pro league got underway, the Iranian federation remained silent on the matter of women in stadiums. And yet young women are still trying to get in by disguising themselves as men. These women are undoubtedly those who have been arrested by the Revolutionary Guards' Intelligence Agency upon Mehdi Taj’s request.

Zahra Khoshnavaz, Lili Maleki, Hediyeh Marvesti, and Forough Alayi were transferred to Gharchak prison during the week of August 12.

Zahra Khoshnavaz is the most well-known activist among those who have been arrested. She was nicknamed “the bearded girl” in 2017. A poet, author, musician and photographer, Khoshnavaz has gone into stadiums many times wearing male clothes. Last year she told IranWire: “When people notice that I am a girl in the stadium, they try to hide and protect me from police officers.”

An Award For Courageous Work

Forough Alayi, the first Iranian woman to win first place in the WordPress Photo awards, received the “Golden Eye” award from the Dutch prince and was awarded an honorary diploma in photography in 2019. A photographer for Donya-ye Eqtesad newspaper, she has regularly tackled the subject of women being banned from entering stadiums and has documented women’s illegal presence at matches — which has earned her awards but also landed her in jail, where she is at the moment.

In addition to the recent crackdown, there have been reports of some reporters and activists being intimidated and receiving threats over the phone.

Meanwhile, Iran’s pro league has started, and the Iranian Football Federation is doing its best not to let Iranian women enter stadiums, intimidating them when they are near them, and arresting them when they manage to enter them.

The Poet, the Woman and the Football Fan