Woman Who Set Herself on Fire Dies

The woman known as “Sara,” the football fan who set herself on fire in front of a Tehran courthouse in protest against her arrest and treatment by the judiciary, has died.

Although Iranian media reported that she died on September 9, a source inside Iran told IranWire that the woman, who has now been named as "Sahar K", had died "three days ago," on September 6. The authorities had forced her family to remain silent for “national security” reasons and blocked people from visiting the hospital

“She died three days ago but they did not give her body to the family,” a family friend using the pseudonym Reza told IranWire. 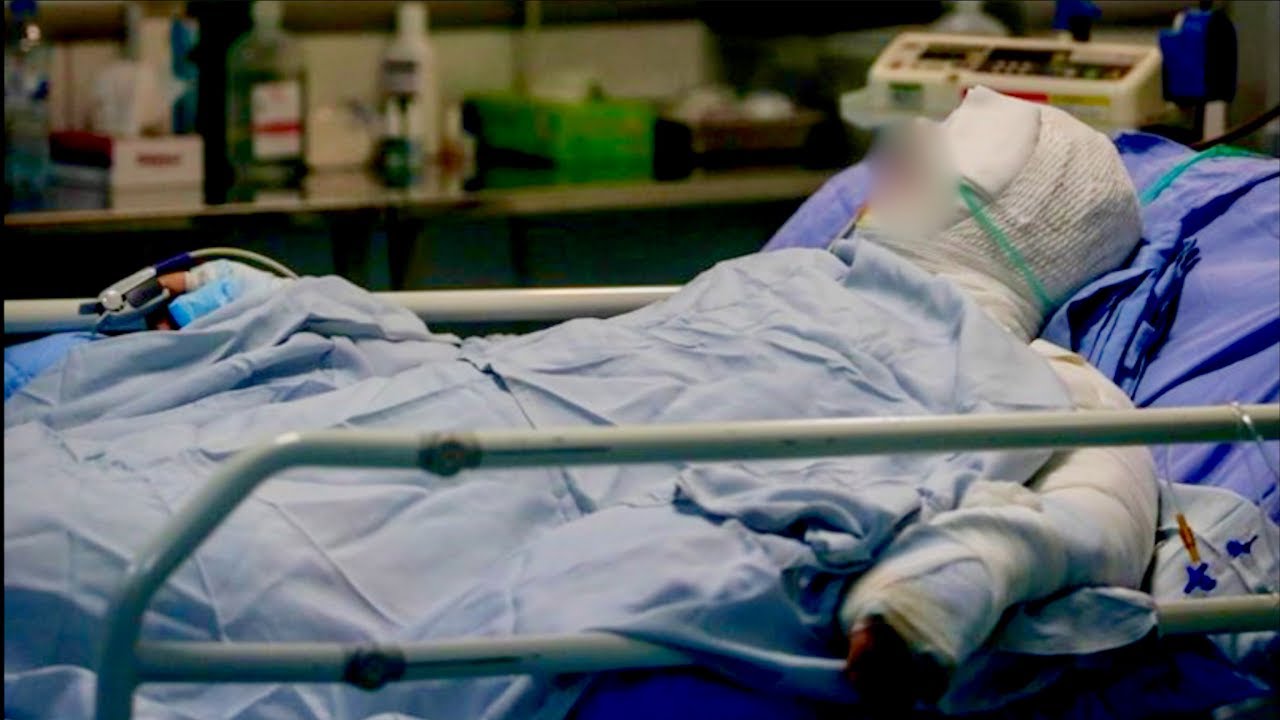 Ravi Online Network reported the news on its Instagram page: “According to Ravi Network’s reporter, who talked to the information desk at Motahari Burns Hospital, Sahar K. (alias Sara), the same ‘Blue Girl’ who had set herself on fire a few days ago, died at 4:00am on Monday [September 9].”

But, according to Reza, Sahar had died a day earlier, on Friday, September 6 and her respirator had been disconnected. Iranian authorities moved quickly to try to intimidate the family: “They told the family ‘you are not allowed to give interviews. It is better if you don’t hold a public mourning ceremony. Hold a private ceremony in your home...Foreign and domestic elements are waiting to exploit this situation and your daughter has already cost the country enough.’”

Sahar was buried on Sunday, September 8, at Behesht Fatemeh Cemetery in Qom — in silence and without anybody’s knowledge. The body was never given to the family.

“Our main worry now is about the family,” Reza told IranWire. “They are really scared.”

A day after Sahar was buried, Motahari Hospital was allowed to announce the news of her death.

FIFA released the following statement about the death of Sahar: "We are aware of that tragedy and deeply regret it. FIFA convey our condolences to the family and friends of Sahar and reiterate our calls on the Iranian authorities to ensure the freedom and safety of any women engaged in this legitimate fight to end the stadium ban for women in Iran".

[Note: the above was added to this article on September 10, after IranWire contacted FIFA about the tragedy.]

Sahar K, also known as “The Blue Girl” — a reference to the color she was wearing when she set her self alight — had initially been arrested in March 2019 when she tried to enter Azadi Stadium to watch Esteghlal Football Club play the United Arab Emirates team Al Ain. Like many female fans before her, she had protested against the Islamic Republic’s 40-year ban on women entering stadiums.

According to her sister, she had suffered from bipolar disorder, for which she had been receiving treatment. Her sister said the family had presented documentation to officials explaining her condition, and appealed to them to take her mental state into consideration, but this was ignored. Instead, Sara’s condition was aggravated during her time in jail. After her family a settled bail of 50 million tomans (over $4,300), authorities delayed her release for a further two days.

“My daughter had two BA degrees, in languages and in computer sciences,” her father told the news site Khabar Online. “Before going to college, she wanted to join the police force. And she was crazy about football.” He added that, despite the support expressed on social media, no footballer went to the hospital to visit her. However, on September 7, the journalist Elaheh Mohammadi said, “the hospital guards forcefully ejected a reporter who wanted to meet Sara, and told the reporter that it was a ‘security case.’” According to the journalist, security guards prevented reporters and photographers from visiting the patient or her family at Tehran’s Motahari Burns Hospital, insisting that intelligence ministry agents had to approve visits.

“It is a security case. You are not allowed to go up," the security guards told reporters, and even stripped some of them of their press cards. According to one of the reporters, the guards used their mobile phones to take photographs or videos of anybody who wanted to meet Sahar and her family.

Iranian officials continue to uphold the ban on women entering stadiums, despite clear rules set out by FIFA, the international football governing body, that enshrines an individual’s right to attend sporting events regardless of their gender — a principle upheld by other international sporting bodies and the Olympic Charter.

After Sara was hospitalized, Voria Ghafouri, the captain of Esteghlal FC, and Masoud Shojaei, the captain of Iran’s national football team, were among public figures to express shock and outrage about the situation, stating that history would judge the country by its treatment of people trying to exercise their basic human rights.

Women in Stadiums: The Ban Continues — Except for a Select Few, February 18, 2018

Ayatollah Gives Thumbs Down to Women in Stadiums, December 12, 2017