The crowd grew bigger minute by minute and the slogans got more and more radical. Under Hafez Bridge near Amir Kabir University of Technology, people gathered, calling for an end to murder and incompetence and accusing the country’s leaders of being “bi sharafs” — people with no conscience, morals or values.

The protest, which was organized on social media, followed Iran’s admission that it was responsible for the deaths of 176 people when it shot down a Ukrainian passenger aircraft near Imam Khomeini Airport in Tehran.

The rally had been planned for 5:30pm, but people began gathering before 5pm. Initially people called out  “Resign! Resign!" But then someone shouted “What’s the point of resignations? They must be tried." Shortly after, there were shouts that those responsible should be put on trial. 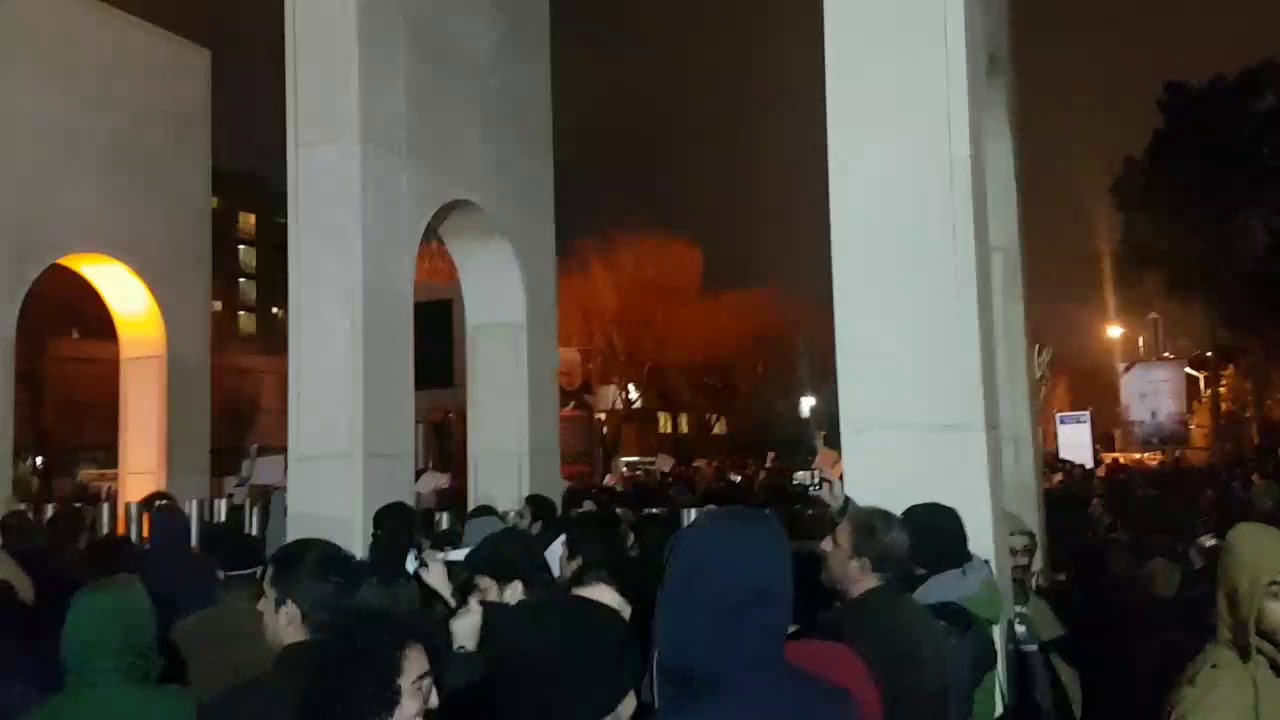 Security and plainclothes agents were out in force from the outset, but when peoples’ chants became angrier, harsher and more critical, special forces pushed through the crowds on motorcycles. The crowd shouted at them: ”Shame on you!”

Security forces became more heavy-handed as the chants — including “We won’t praise the murderous leader!” and “People didn’t die so we could live like this”  — continued. 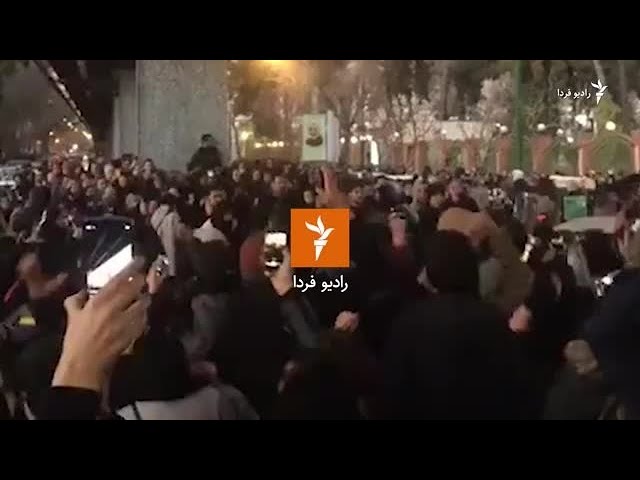 Police tried to stop people from filming the rally so they could share it online. One demonstrator said to a girl filming, "Chant but don't film; filming makes them wild."

One university student told me the mood started off very tense all around the university area in the morning, and that the tension mounted throughout the day. And while agents tried to prevent people from recording events, they took footage of events themselves. "The university security forces are filming the students to crack down on them later in the rallies," he said. "They had done this before; they followed up on students and even university professors in the rallies based on the videos they had taken." Then the protester shouted to the crowd, "Death to the dictator,” before turning back to me and saying, "Why should I try not to be expelled? Getting excellent grades, passing everything, getting a scholarship and going abroad and then coming back, only one day and get on a plane...” He stopped, tears welling up in his eyes.

As night fell, security forces closed off access to the university, but it made no difference — the protests continued. "Don't call us seditionists — you’re the seditionists!” people called out, referring to the regime’s term for people who take part in anti-government protests or movements. One person called out: ”Please don't go home tonight; we have to stay out in the street. If we go home, just like in the November protests, they will kill us." 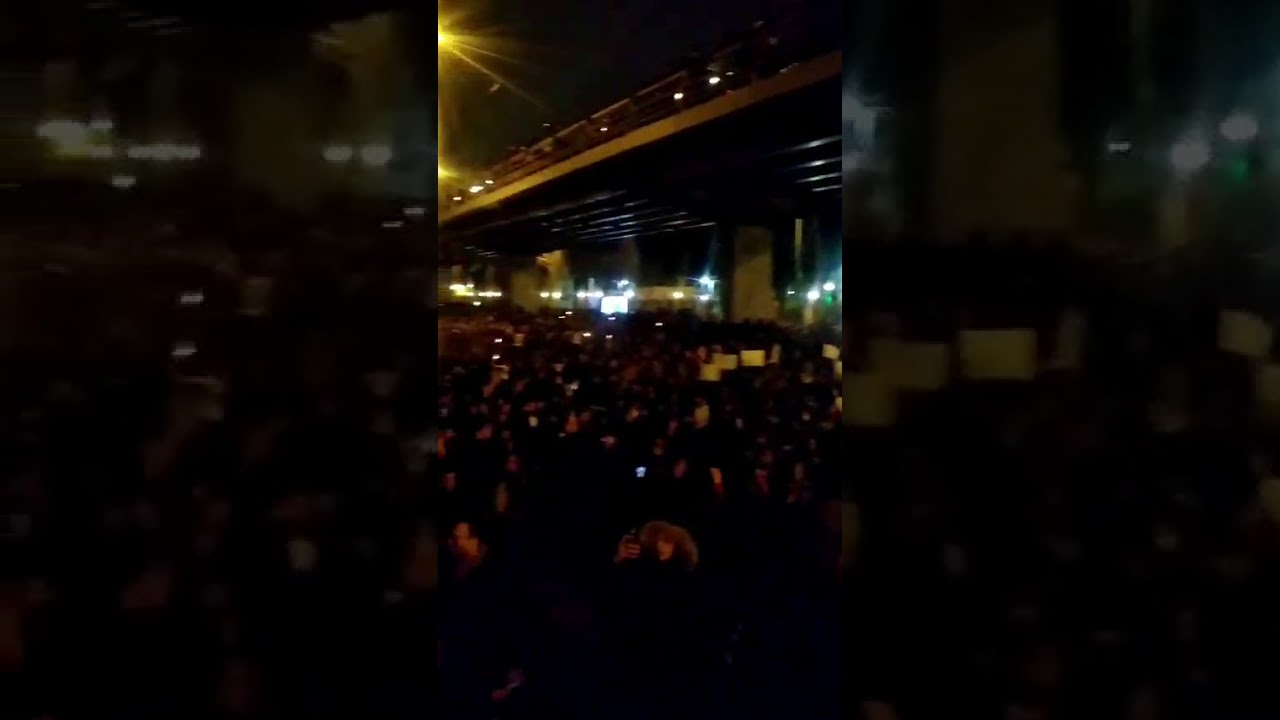 Amnesty International reported that more than 300 people were killed and thousands more were injured during the crackdown in November, when security forces used violence to stop nationwide protests, which began as a response to a hike in gas prices and soon turned into an outcry against the government.

He added: “They have mocked the world during recent days. They lied about the reason for the plane crash being a technical flaw. If citizens of other countries were not on the plane, they would have covered up the whole story."

Away from the university, on Somaya Street, it was less crowded. I came across a woman crying uncontrollably, her young son beside her. "Don't go far, stay here." The boy nodded his head and stayed by her side. "This morning he told me there were protests at the university. I told him not to go in the crowds. He said if something happened to him, it will happen. Remember, Pouya's mother was next to him when it happened to him” — a reference to Pouya Bakhtiari, who was shot dead during November protests in Karaj. His mother also took part in protests and told IranWire: "I was chanting; I suddenly saw a flood of people coming down the boulevard where I was standing, screaming, ‘We will kill those who killed my brother.' They were carrying Pouya's body. Pouya's face was covered in blood, and this is the last image I have of him in my mind. We immediately took him to Karaj Ghaem Hospital, where we realized it was too late.” 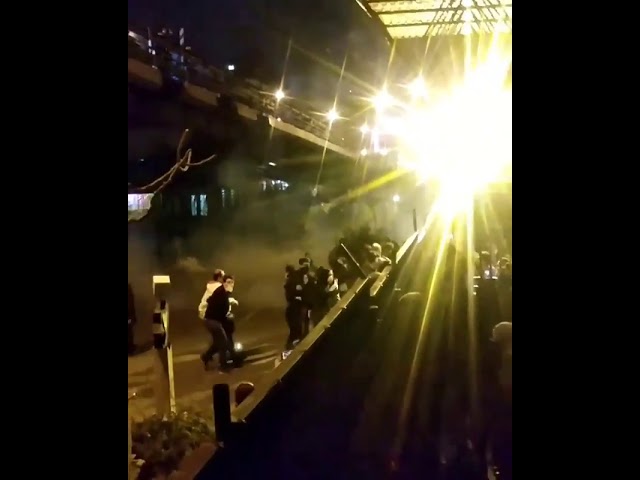 On that day in November, security forces used tear gas to disperse the crowds, and even against people trying to take refuge in the surrounding streets. So far there have been no reports of police using such force against crowds in the January 11 protests, but people’s stories of the demonstrations will undoubtedly emerge in the coming hours and days.

Iran’s Saturday of Rage: Online Anger Pours into the Streets