The protests in Isfahan started in separate places at 6pm on Sunday, January 12. Protesters gathered between Azadi Square, the historic Chahar Bagh Boulevard and Mardom Park, in groups of between 300 and 400, who when they came together began chanting slogans responding to the crisis sparked in Iran by the government’s admission of responsibility over the downing of Ukrainian Airlines flight 752.

According to Lida, what distinguished Sunday’s protests in Isfahan from previous ones was the speed of the crackdown through the use of teargas.

Lida says that she was at the protests until 10pm and, until then, agents on motorcycles were chasing down protesters.

“They did not arrest anybody during the time I was there,” she says. “The agents were mostly trying to scare people away and beat them with batons.” 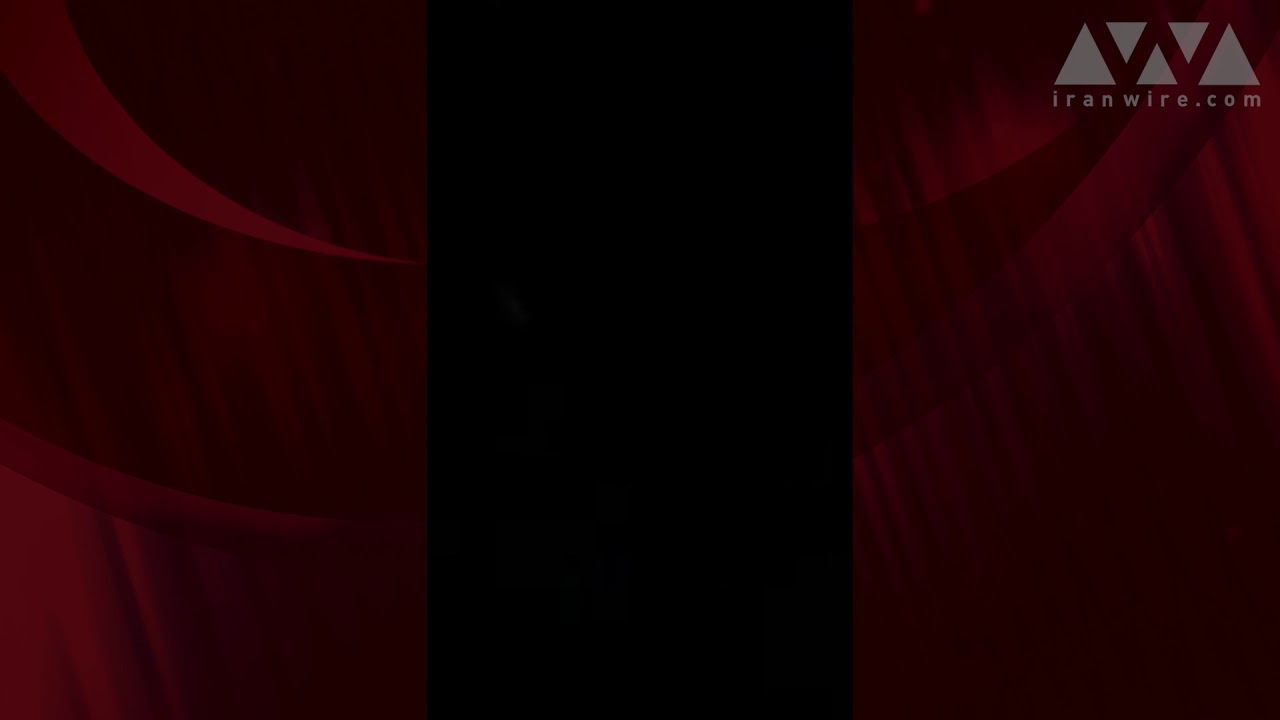 Protests in Isfahan: “Death to the dictator!”

Lida says that three things caught her eye at the protests: “It seemed to me that, compared to the November protests, the number of plainclothes agents was much lower, the number of women among the protesters was very high and it was mostly the women who chanted. The chants, like in Tehran, were mostly against the Revolutionary Guards and Khamenei.”

Farzad, too, says that more than 200 anti-riot policemen were stationed at Isfahan’s Azadi Square, also known as Shiraz Gate.

“In Chahar Bagh Boulevard, three or four policemen and three or four plainclothes agents were stationed at every intersection,” he says. “There were many of them at Siosepol [the “bridge of thirty-three spans”] as well, twice as many as I saw at Azadi Square. The anti-riot police had blocked both ends of the bridge.”

Isfahan protests after the shooting down of the Ukrainian airliner: “Do not be scared, we are all together.”

Reza, a student at Isfahan’s Medical School, says that the protests inside the university’s campus and in front of it started around 730pm on Sunday. According to him, the paramilitary Basijis “attacked students even before they had started chanting. They did, however, begin chanting after the attack. Then more clashes occurred when agents fired teargas which succeeded in dispersing the protesters.” 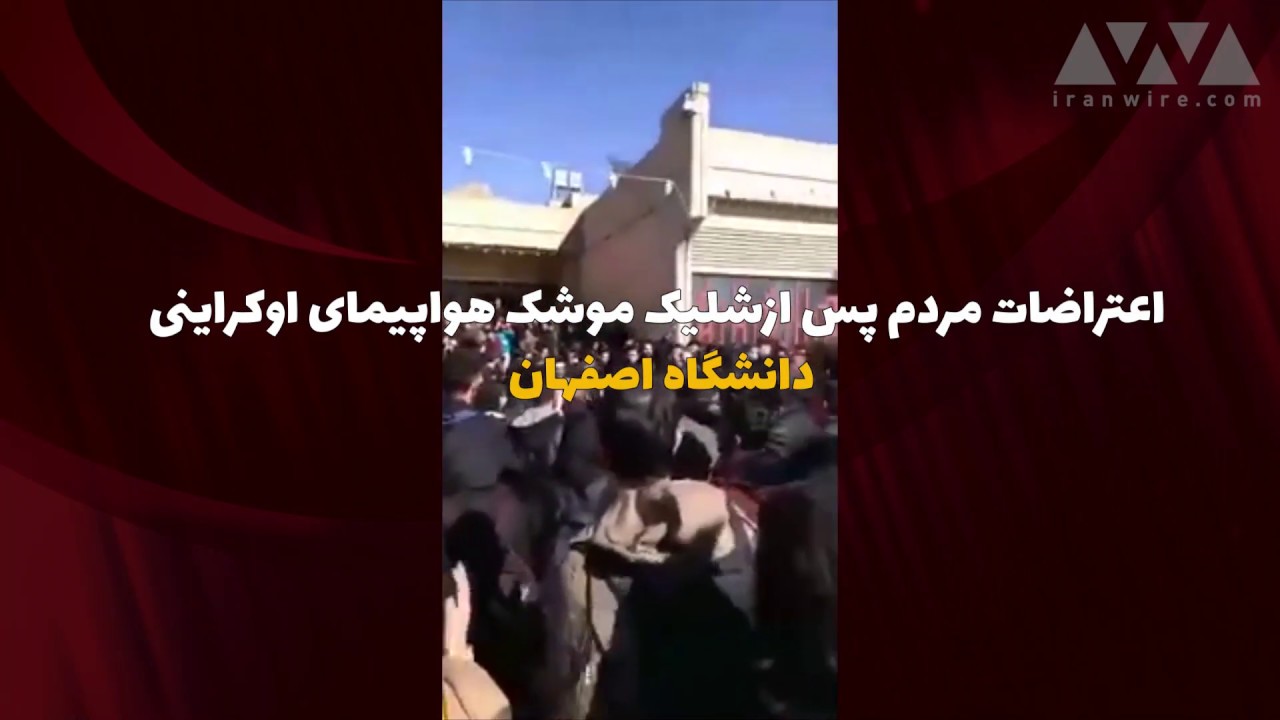 Protests at Isfahan University of Technology after the shooting down of the Ukrainian airliner.

In Shiraz, from the first moment that a group of residents of Moali Abad Boulevard gathered to pay their respects to the memories of the victims of the downed Ukrainian airliner, security forces attacked them. Nader, one of the protesters in Shiraz, says that they just wanted to light candles to commemorate the victims and were not chanting any slogans when the security forces attacked.

“They did not allow us to even light candles, and started beating us with batons and kicking us. Most of the protesters were women. We took refuge in Aftab shopping mall and the women started chanting [slogans].”

As a video taken at the time shows, agents pursued protesters into the mall and apprehended at least one of them. “A woman had fallen to the ground and two anti-riot policemen were beating her with batons,” says Nader. “We went to help her but they hit us in the face and sprayed pepper spray into our eyes.

Shiraz, Moali Abad. Protests after the shooting down of the Ukrainian airliner: the protesters shout at the police to stop beating a woman.

Masoud, a resident of Moali Abad, says that from 8pm anti-riot police were stationed along Moali Abad Boulevard, from Ehsan Circle to Moali Abad Bridge. According to him, the ceremonies started at 6 or 7 in the evening, people lit candles for the vigil, after which they started chanting slogans and anti-riot police attacked them.

“Perhaps more than 30 anti-riot vans and vehicles, perhaps even more, were stationed every 100 meters along Moali Abad Boulevard,” says Masoud. “We were standing on the sidewalk when anti-riot agents on motorcycles drove into the sidewalk to scare and intimidate people. All the shops were forced to close their doors and the atmosphere became very tense.” 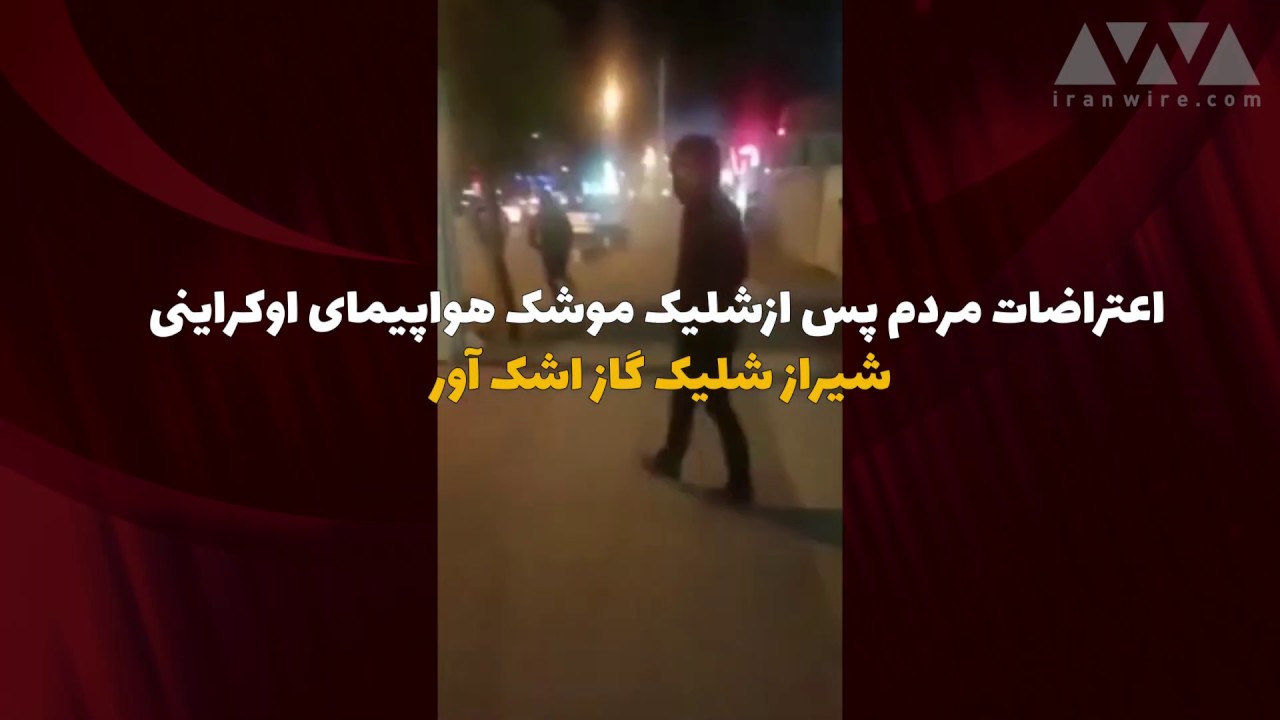 Shiraz protests after the shooting down of the Ukrainian airliner at which protesters were attacked by teargas.

To protect the interviewees we have used aliases instead of their real names.