Shahnaz Akmali: "I go to prison as a mother with hope for better days ahead"

On Wednesday, January 15, Shahnaz Akmali, the mother of Mustafa Karimbeigi, reported to Evin Prison to begin serving her one-year sentence.

Akmali was sentenced in November on charges of propaganda against the regime, in Branch 26 of the Revolutionary Court, presided over by Judge Mashallah Ahmadzadeh.

Mustafa Karimbeigi, Akmali’s son, was one of the protesters killed in December 2009 protests against the disputed presidential election result earlier that year. He was killed by security forces near Enqelab Square in Tehran.

In a video given to IranWire before reporting for her sentence, Akmali speaks directly to the Iranian people, saying: "After killing Mustafa and interrogating us nine days later, the security forces brought Mustafa's body to the cemetery for burial. When I was carrying my son's coffin, I promised him to be his voice. I did not want to just sit at home and cry. I contacted the families of others who were also killed. I visited them, sorrowing with them, and said we should continue the work of our children. I became the mother of everyone who was shouting, I became the mother of [activist and political prisoner] Arash Sadeghi; the mother of all Iranian activist youth." 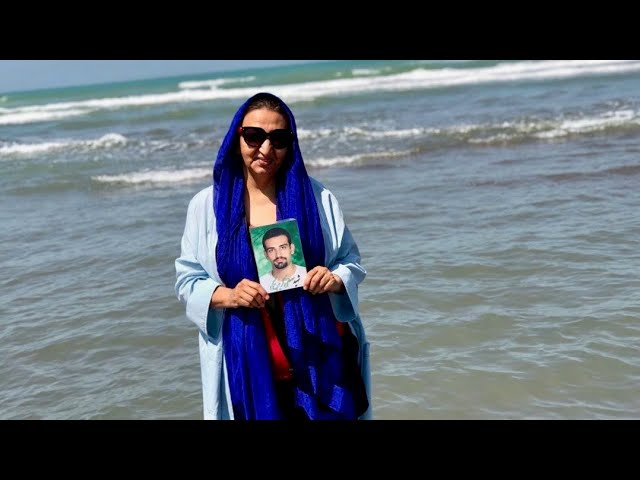 "They killed my child,” Akmali adds, “so I tried to be the mother of thousands of other young men and young women. I am going to jail for being the mother of all activists."

Akmali also said in a recent tweet that: "I take my son's picture with me to prison because I know it gives me a strong heart. I am a mother whose crime is wanting justice and asking a simple question that was never answered: who killed my son?"

"Thanks to everyone who has stood with my family. We are relatives and we have no shelter. Keep your hope for good days in the future."

The Ministry of Intelligence in the government of then-president Mahmoud Ahmadinejad did not allow Mustafa Karimbeigi’s family to bury him in Tehran. The family was was forced to bury their son in the cemetery of Joqin, a suburb of Shahriar, on the outskirts of Tehran.