Shahed Alavi
7 min read
For days after the crash, Iranian officials denied involvement. Finally, they were forced to admit they had shot down the plane
"They have painted sunflowers on the walls around the site to cover everything up"

Eighty days after the Islamic Revolutionary Guards Corps (IRGC) shot down Ukrainian International Airlines flight PS752 from Tehran to Kiev, many questions remain about the attack and the reasons behind it. Canadian-born writer and dentist Hamed Esmaeilion, whose wife Parisa Eghbalian and daughter Reera Esmaeilion were on board the flight, is one of many people who has highlighted new questions and developments around the case.

Flight 752 was hit by two missiles fired by the IRGC air defense missile system 24 seconds apart, at 6:19am on Wednesday, January 8, 2020, seven minutes after take-off from Tehran International Imam Khomeini Airport. After the second shot was fired, the plane  — which the pilots had probably attempted to return to the airport after the initial shot — caught fire in the sky and crashed near Shahed-Shahr in Tehran province a few minutes later, killing all 176 passengers on board.

From the earliest hours after the news of the plane crash emerged to the present day, 80 days after this humanitarian catastrophe, various officials of the Islamic Republic have disseminated a chain of false information.

Even if Iranian authorities had agreed to release crucial information from the airplane’s black box or handed it over to international analysts to extract such information, many of the lies they have told would be difficult to disprove in the public domain simply because of the regularity with which they have been repeated, and the confident manner authorities have consistently spoken with when discussing the matter.

Speaking to IranWire, Hamed Esmaeilion pointed out that the Islamic Republic has failed its obligations to deliver the black box. The Islamic Republic was, he said, "supposed to deliver the black box and the cockpit records by 25 March. But three days have passed since this deadline and nothing has happened yet. Farhad Parvaresh, Iran's Permanent Representative to the International Aviation Organization (ICAO), who himself has covered up and lied about the case, promised on March 11 to hand over the boxes within 14 days, but that hasn't happened." 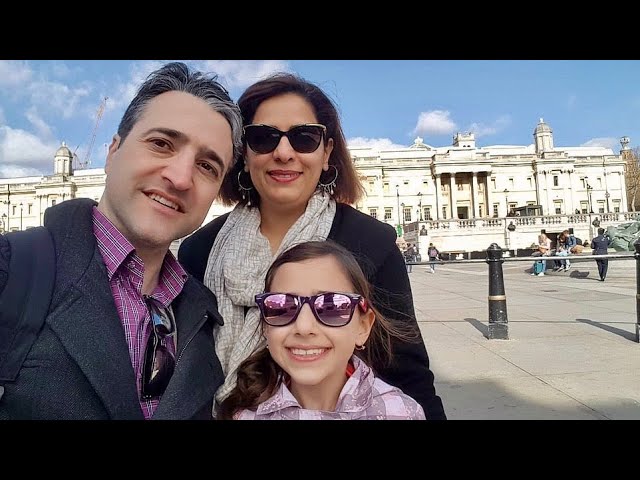 Esmaeilion is angry that Iranian authorities have failed to hand over the black box, but he says the false promises of  the Islamic Republic come as no surprise: "This behavior from the Islamic Republic was predictable for us, and we have reminded the authorities in other countries that they will not see any cooperation from Iran and they will only encounter hindrances.”

The recent failure to respond is just the latest in a series of lies and manipulative spin. Following three days of denial and lies regarding January’s air disaster, even the spokesperson for the General Chief of Staff of the Armed Forces was forced to stop lying and confess that it had been shot down by the IRGC missile defense system. And yet the official statement issued by the Iranian Armed Forces General Staff on Saturday, January 11 did not contain the whole truth and said nothing about the firing of two rockets in succession.

Still, it is unclear why, when Iranian officials have formally stated that they lack the technical know-how and tools to read and analyze the black box and also announced that they would deliver it to Ukraine or France, they have so far refused to hand it over. Esmaeilion and others believe the black box likely contains information that the Islamic Republic does not want to be revealed. "They have either kept the black box hostage to bargain with it or there is something in the black box that they do not want the world to know about,” he said.

Experts insist the black box could give a more comprehensive picture of what happened as flight PS752 crashed. Since the 80 days since the plane was shot down, information released by Ukrainian authorities and shown on Ukrainian television, investigative reports by the New York Times, accounts from local witnesses, and CCTV footage have helped to fill in some of the gaps in knowledge about what happened.

Esmaeilion says it’s necessary to examine the flight recorder, but, regardless of the amount of information obtained so far, further information should be obtained too: "The back box is only part of the story,” he told IranWire. “The internal communication of the higher authorities of defense centers must be inspected, and the scene of the incident must be thoroughly investigated —though we already know that such cooperation is unlikely.”

Given the diminishing intensity of Canada’s pursuit for the truth, as well as the pursuits of four other countries whose citizens were killed in the plane crash — mainly because of the coronavirus pandemic —it seems unlikely that the Islamic Republic will be forced to cooperate. The families of those who were killed are concerned that the Canadian government's preoccupation with combating the coronavirus outbreak will prevent, or at least delay, efforts for the truth to be revealed.  "International organizations should adopt a stricter approach vis-a-vis the Islamic Republic,” Esmaeilion says.

Tampering With the Scene of the Crime

Another development that has worried the families is the continued manipulation and elimination of evidence at the scene of the plane crash. Amir Ali Hajizadeh, commander of the IRGC Aerospace Force, said in his first statement after the Guards accepted responsibility that the armed forces had no intention of covering up the truth. But this statement was immediately exposed to be false because, contrary to international protocols on air incidents that state that the site of the incident must remain intact for thorough and accurate examination, the crash scene was completely destroyed. Immediately after collecting the bodies, the security forces flattened the site with bulldozers, suggesting a clear attempt to remove all evidence that would point to the causes of the crash.

Esmaeilion says tampering of the crash scene continues. ”The scene of the disaster has changed completely, shown in photographs I took and released. On the third day after the plane was shot down, it was completely flattened by a bulldozer and loader, while it should have remained intact for months and even years. They didn't stop there; they have gone there several times in the last 70 days, burning what was left of the debris and passengers’ possessions — at least three times, according to locals. They have painted sunflowers on the walls around the site to cover everything up. All photos and evidence of these changes will be given to authorities investigating the case.”

The COVID-19 pandemic has not only had an impact on how Canadian officials’ and other law enforcement and government authorities’ response to the crash. It has also affected the lives of the families seeking justice, not least because many of them are in lockdown or quarantine. "In many Canadian provinces, emergencies have been declared and unfortunately many of our meetings have to be canceled — but we are still communicating  online.”

Some members of the families based in Iran have faced persecution for speaking out against the authorities’ handling of the crash, including relatives of Puneh Gorji and in recent days, Elnaz Nabiei's family, who spoke to IranWire about the treatment they had received. Fatemeh Latifi, the aunt of plane crash victim Amir Hossein Saeidinia, also spoke to Iran International about the sexual harassment she faced from two IRGC officers at the IRGC detention center in Karaj.

"Unfortunately, the crimes of the Islamic Republic continue,” Esmaeilion says. “These things have been going on since the 1980s. Fortunately, Amir Hossein's family was able to leave Iran and come to Canada. There are human rights communities here that I hope will follow up on this case. This torture and these crimes do not benefit the Islamic Republic of Iran — they do make governments of the world, including Canada, which is deeply involved in this case, more aware of what side Iran is on. We, the families, are united and we will not leave Amir Hossein's family alone. We hope in the coming days we will have better news, and our families will continue to be united."

Ali Ferzat
Continue to next article