Dexter Filkins: Iran Reminded Me of Eastern Europe in the 1980s

The world-famous foreign correspondent Dexter Filkins recently returned from a revelatory trip to Iran. In an interview with the British-Iranian actress Nazanin Boniadi, the Pulitzer Prize-winning journalist has shared his reflections on what he encountered there.

The interview took place as part of Boniadi’s fledgling “Conversations on Iran” video series, through which the actress (of Homeland, Counterpart and Hotel Mumbai fame), a vocal defender of human rights, hopes to make issues in Iran accessible to a wider audience.

Both reflect on the fact that Filkins, an American journalist writing for The New Yorker, was granted a visa to enter the Islamic Republic in the first place.

The timing of the trip in February makes it all the more astonishing, in the midst of unprecedented tensions between the US and Iran as well as internal unrest. Filkins was last in Iran during the 2009 Green Movement and had been trying to regain access unsuccessfully for years.

During his visit, he was issued with a “minder” by Iranian officials and instructed only to speak to designated government representatives. But he snuck out at night, and in a series of clandestine meetings was able to speak to a host of other, very brave Iranian citizens: doctors, journalists, ordinary members of the public, and even Faezeh Rafsanjani.

The resultant article was published in The New Yorker last month, entitled The Twilight of the Iranian Revolution. It is a breathtaking read packed with new insights into conditions inside the country. 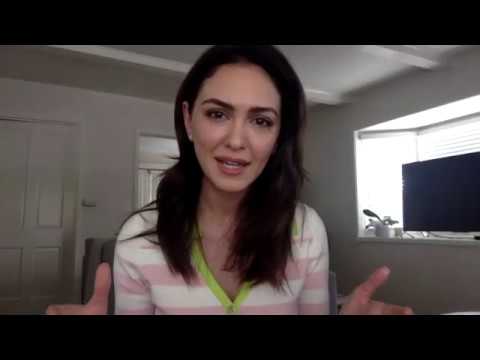 We learn that the first cases of Covid-19 in Iran go back to at least December in the city of Gorgan. An in-depth exposition on the character of Ayatollah Khamenei elucidates his behavior during his spells in prison under the Shah. We are also offered a glimpse of how far normal Iranians have come to disconnect ideologically with the regime.

“At times during my visit,” Filkins writes, “Tehran reminded me of Eastern Europe in the eighties, when ordinary people, constrained by a sclerotic communist system, coped by living as if the state did not exist.”

Like many of those who read the article, Boniadi is struck by the gulf between how the Iranian state likes to portray the US – as an enemy – and the warmth and openness of Iranians towards Filkins, a US citizen.

During the trip, Filkins was told that many Iranians who attended the February 11 anniversary parade had been “blackmailed” into attending. The article also notes that the Supreme Leader reportedly once privately confided, “We need the United States as an enemy”: whereas during demonstrations last November, protesters had cried out, “The enemy is here”.

“I was really worried about the Iranians I was meeting,” Filkins tells Boniadi. “They were willing to take incredible risks, bear their souls to me and tell me their stories.”

But the welcome he received from Iranians, he says, “leaves you hoping that some day, things will change. I can’t imagine that they won’t.”

Coronavirus in Iran: Managing the Message as Provinces Continue to Struggle