Mahmoud Al-Shamari
4 min read
This report contains a video that some viewers may find distressing
Dr. Hisham al-Hashimi was an expert on security who regularly gave courageous viewpoints on news and current affairs in Iraq

Dr. Hisham al-Hashimi, an academic and vocal security expert who has contributed to IranWire in the past, has been shot dead by unknown gunmen on motorcycles who passed in front of his house in the Zayouna district of Baghdad.

The assassination was confirmed by Major General Saad Maan, Director of Information in the Iraqi Ministry of Interior, on the evening of July 6. In an audio recording obtained by IranWire, Maan confirms that al-Hashimi died after being transferred to Ibn al-Nafees Hospital in the Iraqi capital.

Two hours before his death al-Hashimi had appeared on a live television broadcast on an Arab channel to discuss his study of the Iraqi Popular Mobilization Front’s loyalty to Iran’s Supreme Leader Ayatollah Khamanei.

A video supposedly capturing the moment of al-Hashemi’s murder was circulated online by Iraqis, along with a photograph purporting to show al-Hashemi in hospital. 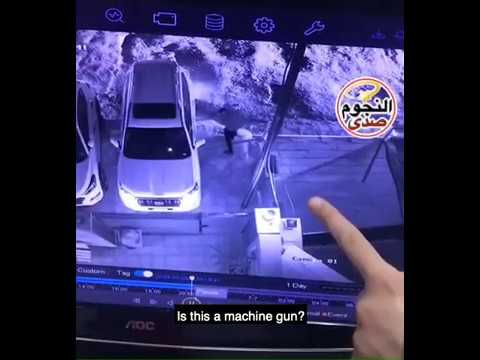 In a subsequent television interview the President of the Iraqi Citizenship Party, Sheikh Ghaith al-Tamimi, accused the Iraqi Hezbollah Brigades of being behind the assassination. He claimed that al-Hashemi had sent him a string of messages via WhatsApp indicating he had received threats from Hezbollah days before his assassination. Later, he published screenshots of the discussion on social media.

In the screenshots above, al-Hashemi asks al-Tamimi for his “urgent advice”. When al-Tamimi responds with “I’m at your disposal”, al-Hashemi then writes: “The Hezbollah Brigades/They sent me a threat. I need some clarification from a trustworthy person. In your experience/How should I deal with these people”. Al-Tamimi then asks if he can call him, and al-Hashemi accepts.

In a post on his Twitter account, al-Tamimi addressed the Iraqi Prime Minister, Mustafa al-Kazemi. He wrote: "I have documents specifying the party involved in the killing of Hisham al-Hashimi, which were provided by the martyr, Hisham. I am ready to provide you with all the details. I was threatened just now by the same party because I declared the existence of such documents. We await your stance on the situation, but if I am killed, you will be responsible for my blood and that of Hisham's.”

The leader of the Sunni Solution Party, Jamal Al-Karboli, has also accused the armed militias of being behind the death of Hisham al-Hashimi. He wrote: "Enough negligence...Enough weakness ... Enough of allowing criminal assassination gangs to wreak havoc in Iraqi land and fill its skies with missiles... Terrorist militias that despise the government and insult the state are the ones who killed the martyr Hisham al-Hashimi ... Either the government punishes them, or the government itself is a militia.”

The Iraqi president Barham Salih has described the killing of al-Hashimi on Twitter as a "despicable crime targeting an Iraqi person and his right to a free and dignified life". He also called for the prosecution of the criminals behind it.

Prime Minister Mustafa Al-Kazemi has also vowed to pursue the killers of security expert Hisham Al-Hashimi, and stressed that assassinations would not be permitted to make a comeback in Iraq. He further confirmed that Iraqi security services would spare no effort in pursuing criminals, according to Al-Kazemi's media office.

In a statement published on Facebook, he wrote that al-Hashemi had been “assassinated by an outlawed armed group”. He added: “The deceased was a source of opinion on the national landscape and a supportive voice for our heroic forces in their war against ISIS, who contributed a great deal to enriching important political and security dialogues.

“The security services will spare no effort in pursuing the criminals, and we will work with all our efforts to limit the bearing of arms to the state, and that no force will rise above the rule of law.”

The United States Embassy in Iraq has also issued a statement condemning the “cowardly” act. The embassy said it extended its condolences to al-Hashimi’s family but also to the Iraqi people for the loss of an Iraqi national treasure, and called on the government to swiftly bring those responsible to justice.

The British government's spokeswoman in the Middle East, Rosie Dyas, condemned the killing of Hisham al-Hashimi on Twitter, calling for the perpetrators to be held accountable.

For its part, the Iraqi Popular Mobilization Forces’ official Twitter account described those who killed al-Hashemi as "terrorist groups."

Al-Hashimi was an expert in the affairs of armed groups in the region. He was close to the current Prime Minister, Mustafa al-Kazemi, for whom he had written a number of strategic studies. He also gave courageous viewpoints on news and current affairs, including in reports published about Iraq on IranWire.

Hours before his death, al-Hashimi had posted a summary on Twitter on divisions in Iraqi society: saying they compounded the “quota system brought in by the occupation” that represented the essence of Iraq’s components as Shiites, Sunnis, Kurds, Turkmen and “minorities”, strengthened dominant parties that “want to assert their gains through division” and religious groups that “replaced partisan rivalry with sectarianism”. Two hours before his death he then appeared on an Arab TV channel discussing the Popular Mobilization Forces and Ayatollah Khamanei. It would prove to be his final interview.