Farewell to Shajarian in Behesht Zahra

IranWire Citizen Journalist
2 min read
Tehran citizens gathered at the entrance of Behesht Zahra Cemetery on Friday morning to bid farewell to iconic singer Mohammad Reza Shajarian
The funeral and prayers for the Persian maestro took place under strict security constraints
"The atmosphere was very secure and special guards were present throughout Behesht Zahra," said one Tehran citizen
In one video, the crowd breaks into a shared rendition of “Morning Bird”: one of Shajarian’s most famous songs
The funeral took place in the early hours of Friday morning with heavy security presence
Shajarian's family, Ministry of Culture officials and a scattering of friends and fellow artists were the only ones permitted to attend
In response to fans who had wanted to bid a final farewell to the singer, his son Homayoun Shajarian could only tell them: "It's out of my hands"

The body of Mohammad Reza Shajarian was transferred to Tehran’s Behesht Zahra Cemetery on the morning of Friday, October 9, for a funeral and prayers. But the ceremony was held under strict security constraints and the body of the master of Persian singing was then rapidly transported to Mashhad.

Last night, it was reported that the ceremony at Behesht Zahra would take place at 6.30am on the Friday morning. But it took place ahead of time, in the presence of Shajarian's family members, a group of officials from the Ministry of Culture and Islamic Guidance, musicians and a scattering of close friends. Other Iranian fans who had gathered at the gates of the cemetery were not able to participate. 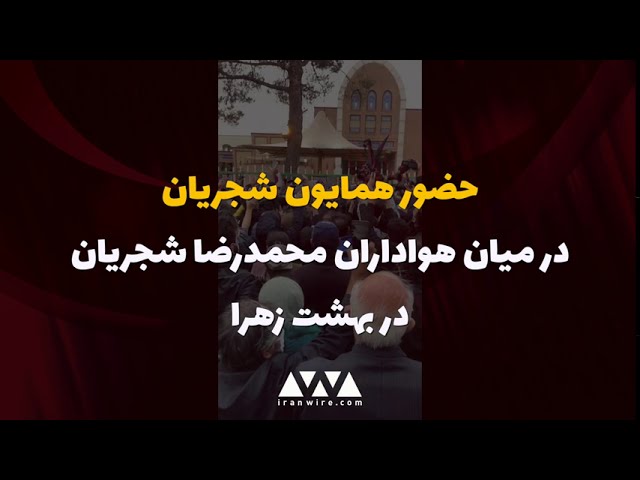 "The atmosphere was very secure and special guards were present throughout Behesht Zahra," said one Tehran citizen who traveled to Behesht Zahra. Citizen journalists who sent pictures of the proceedings to IranWire also noted the presence of security forces at the cemetery.

Videos have also circulated from the fringes of the ceremony. One of them shows Homayoun Shajarian, the Persian maestro’s son and a celebrated musician in his own right, coming among them and telling them: “Prayer has been offered.” In another, Tehran residents offer him their sympathies and condolences, and in still another the crowd breaks into a shared rendition of “Morning Bird”: one of Shajarian’s most famous songs, which has rung across the streets of Tehran many times in the past 24 hours. 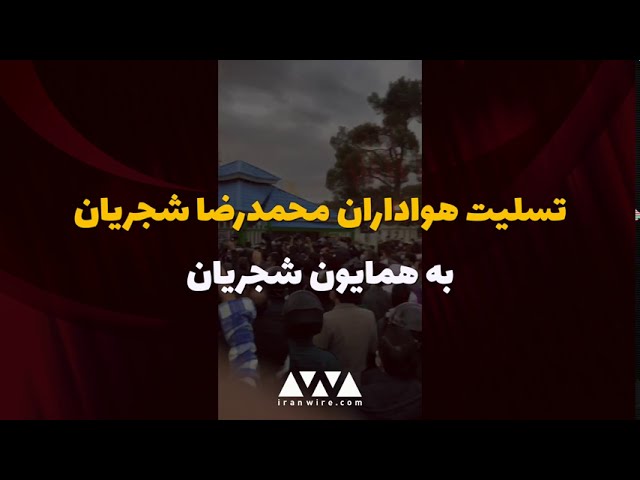 In response to the sorrow of fans who were not able to bid a final farewell to their favourite singer, and the voice of a generation, Homayoun Shajarian could only say: “It’s out of my control.”

Millions of Iranians Fear the Worst for Banned Superstar Singer

Music Icon Shajarian, who Fought Injustice in Life, Will be Honored in Death

Iran Lifts the Ban on Shajarian Only After His Death

Missing Actress 'Held by IRGC Over Support for #MeToo'

The Mystery of a Missing Royal Portrait

The Regime Against the Memory of Shajarian