Who is Mohammad Mosaed, Iran’s Most Prominent Investigative Journalist?

IranWire
4 min read
On January 18, 2021, Mosaed was arrested in Turkey after fleeing Iran ahead of being made to serve a prison sentence for his journalism work.

Mohammad Mosaed, a journalist living in Tehran, was first arrested in November 2019 by agents of the Islamic Revolutionary Guards Corps, interrogated, threatened, summoned to court and sentenced to prison, for his role in circumventing a government Internet shutdown during the November 2019 nationwide protests.

On January 18, 2021, Mosaed was arrested in Turkey after fleeing Iran ahead of being made to serve a prison sentence for his journalism work.

Turkish border police seized Mosaed as he tried to cross into the eastern Turkish border town of Van. Mosaed contacted the Committee to Protect Journalists (CPJ) yesterday to say he had been detained. The CPJ and other freedom of expression activists have called on the Turkish authorities to "respect their obligations under international law, to refrain from deporting Mosaed, to consider any request for political asylum that Mosaed may make and to assure his rights are protected through due process of law."

Mosaed also told the CPJ that Turkish police had taken him to Ozalp Devlet Hastanesi hospital for medical treatment. He is due to be returned to Iranian border control after his treatment. 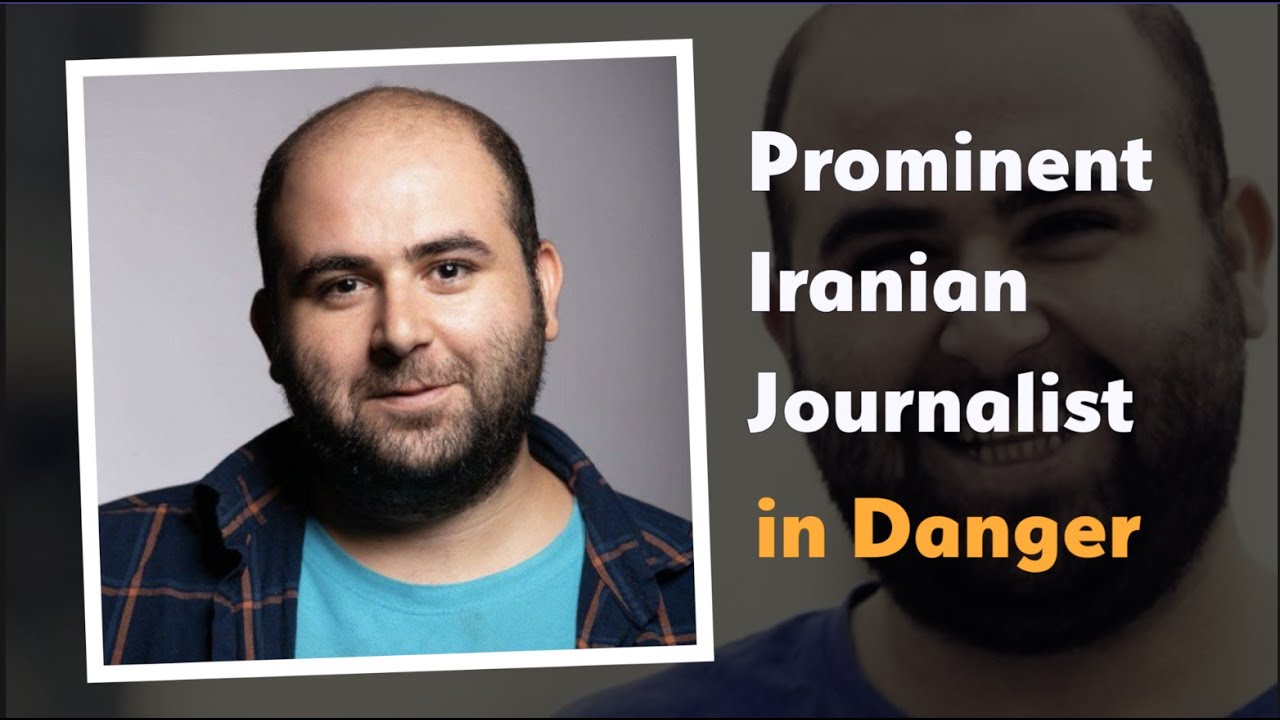 In November 2019 when the internet was shut down, Mosaed was able to connect to the internet for a few minutes and wrote on his twitter "Knock, Knock, Hello free world ... I used 42 proxies to write this. Millions of Iranians do not have internet access. Do you hear our voice?" Mosaed had been an economic journalist for Shargh newspaper until July of that year. He also used his social media to write social and political critiques. In 2018, he won the Amin Al-Zarb award for best economic journalist in Iran for his news reports.

In July 2019, the publication of a number of Mosaed’s critical exposés in Shargh detailing the activities and corruption of Mohammad Shariatmadari, the deputy minister of Labour and Social Welfare in the government, led to Mosaed’s resignation from the newspaper. The Hamdali (Sympathy) newspaper, in its July 3, 2019 issue, published an article entitled “Mohammad Shariatmadari devours journalists!” which said that Mosaed’s resignation was due to pressure from associates of the deputy minister.

The newspaper added that Mosaed was the victim of a backlash for “whistleblowing” concerning Mohammad Shariatmadari.

When the government increased gasoline prices in November 2019, sparking nationwide protests, Mosaed shared the front page picture widely used by Iranian newspapers (which was unrelated to the price increase) on November 16, to criticize the media silence on the price increases and the people’s protests during this period. Iranian authorities blocked Internet access as the protests spread but Mosaed was able to connect to the Internet for a few minutes.

Several days later, on November 22, Mosaed was arrested at his house by agents from the Intelligence Organization of the Revolutionary Guards because of his tweets criticizing the Internet shutdown. He was transferred to Zayebar Prison in the city of Sumahsara in eastern Gilan province, and a day later was sent to Evin Prison in Tehran. Sixteen days later, he was released from prison on a bail of 200 million tomans.

But Mosaed was once again summoned to the Evin prosecutor’s office, on February 22, 2020, and was subjected to several hours of interrogation. He was questioned about his comments before the 2019 parliamentary elections and banned from all social media until the time of his court hearing.

Mosaed rose to prominence as a journalist because of his investigative reports on controversial subjects related to economic corruption in Iran. He wrote a number of analytical and critical reports on the state of the Haft-Tapeh Sugar Cane Company workers' strikes which helped give a voice to that protest movement.

According to Shahriar Shams Mostofi, Secretary of the Tehran Journalists’ Association, Mosaed’s case was heard in the Internet Crimes Prosecutor’s Office under the judicial supervision of thw Guidance Courts, rather than the Media and Culture Prosecutor’s Office, where charges related to journalism are usually heard.

Mosaed continued to use social media, through a new Telegram channel and his Twitter account, for some time after his release on bail.

On February 19, 2020, members of the Revolutionary Guards Intelligence Organization phoned Mosaed and requested that he report himself to court on February 22, during which he was questioned about his online writings. He was told that he would not be allowed to use social media or other online accounts until his court case could be heard. Mosaed was therefore forced to close his Telegram channel and his Twitter accounts. He was later released.

On February 22, 2020, the same date that Mosaed was summoned to court, Reporters Without Borders published a statement which condemned the summoning and threatening of journalists as a means of forcing them to stop using social media. The statement also outlined how the illegal actions of the Revolutionary Guard in this regard. Mosaed and several other journalists were mentioned in the statement.

In August 2020, the journalist was sentenced to four years and nine months in prison on charges of “colluding against national security” and “propaganda against the regime,” prompting his attempt to flee Iran before being summoned to serve his sentence.

Prominent Iranian Journalist in Danger of Deportation from Turkey

Fact File: Did Bitcoin Mining Lead to Blackouts in Iran?