IranWire Citizen Journalist
4 min read
The economic crisis has forced restaurants in southern Tehran to eliminate some of the most popular dishes from their menus
"We completely eliminated items that involved lamb kebab and meat on the bone, and now we only serve things people can afford"

Last month, Donya-e-Eqtesad newspaper made headlines after revealing that some restaurants in southern Tehran had stopped offering staple dishes including Chelow kebab, fish and lamb kebab and replaced them with cheaper items such as chicken bones and tail fat.

The report’s publication caused a stir and some doubted its accuracy. So IranWire’s citizen journalist visited a number of restaurants in the southern neighborhoods of the Iranian capital and inquired as to what was on the menu.

"This is not news, madam! It’s been almost a year since we removed lamb kebab, large kebab, and chicken on the bone from the menu. We also recently deleted fish, because nobody could afford to pay for it."

These are the words of a restaurant owner in southern Tehran, who gradually and with a sense of inevitability had to slim down his menu over the course of last year. “People couldn’t afford food like minced meat or lamb fillet anymore," he said. "When the customer cannot afford it, we lose out.”

It’s not just meat that has been excised from the menus. Reza, who works in a restaurant in the south of Tehran, tells IranWire that his place of work has even amended or removed items from the menu because of the cost of vehetables. “We had to remove beans,” he laments. “When a kilo of green beans costs 25,000 tomans, the price of rice with beans has to be 35,000, and no-one is buying it." 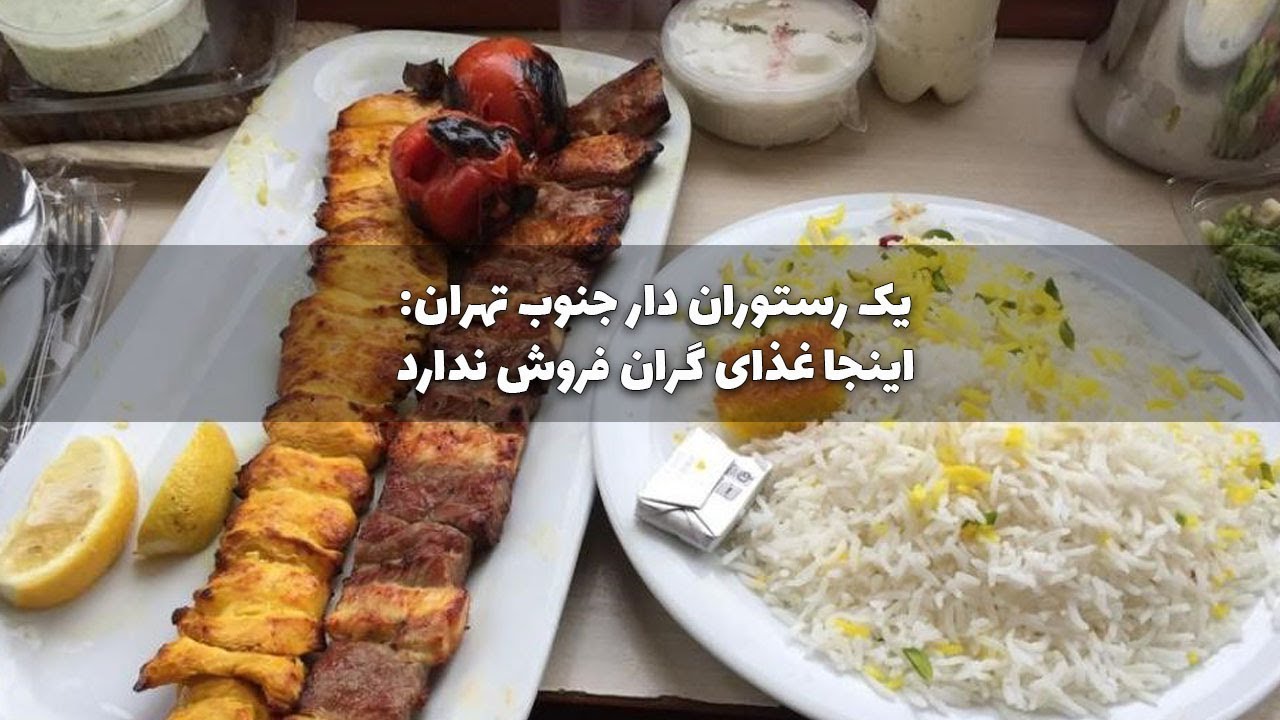 Reza is desperate for the situation to improve. "We used to serve a portion of rice with two skewers of mincemeat kebab. Now, we serve it with a single skewer because of the high price. At the start of the year, we were selling a portion of barbecue chicken for 11,000 tomans; now we sell the same for 35,000. A large glass of drink used to be 4,000 tomans and now it’s 10,000. And everything is shrinking down.”

Residents in south Tehran are generally more likely to be working class, and to be more strained by job insecurity and delayed wages. Many day laborers do not receive their salaries for months on end, and most have a hard time making ends meet, paying for travel and renting a home, let alone eating in restaurants.

The recent rife unemployment following the coronavirus pandemic, and the sharp decline in working-class families’ spending power, is therefore hampering restaurants’ ability to stay open just as much as the recent sky-high inflation in the food sector.

Another restaurant owner in southern Tehran tells IranWire that instead of replacing chicken with carcasses, he has adapted his menu based on local tastes. “We completely eliminated items that involved lamb kebab and meat on the bone, and now we only serve things people can afford: minced meat and vegetables.”

A waiter at another restaurant in the area says it is unfeasible for his employer to buy food at all, once it hits a certain cost. "Lamb ribs cost 500,000 tomans. One rib goes into four skewers; we can’t sell it. If a portion here costs much more than 25,000 tomans, nobody buys it. We had to remove rice and meat from our menu."

Restaurant owner Ali believes it’s not just eateries serving lower-income families that are being forced to adapt their menus in the face of economic crisis. His restaurant, he says, caters to people in a better financial situation, to whom the quality of food is important. “The rice served in our restaurant is Iranian rice, and the quality is good. But now even our customers' tastes have changed.

"The price of our mutton rice is 110,000 tomans. Now the very same customers who have always come here to eat rice and lamb shank have asked for lean meat or beef kebab, which is cheaper.”

Still another restaurant owner says not only are the foods coming out of the kitchen changing, but footfall is nowhere near what it was. "We now get maybe one new customer per month,” he says, “and no new regulars. Previously, on average five new people a month would start attending regularly.  The market is bad for both seller and customer. We’re spending all our income just to make ends meet; not a single step forward."