An Anthropologist's Take on the Kolbari Phenomenon

6 min read
Ahmad Mohammadpour, an anthropologist at the University of Massachussets, has conducted numerous studies on the emergence of kolbars in Kurdistan
Mohammadpour tells IranWire that deprivation in this province was not merely planned but systematically implemented after the Islamic Revolution
“What happens to the kolbars is punishment: a collective punishment of Rojhelat" 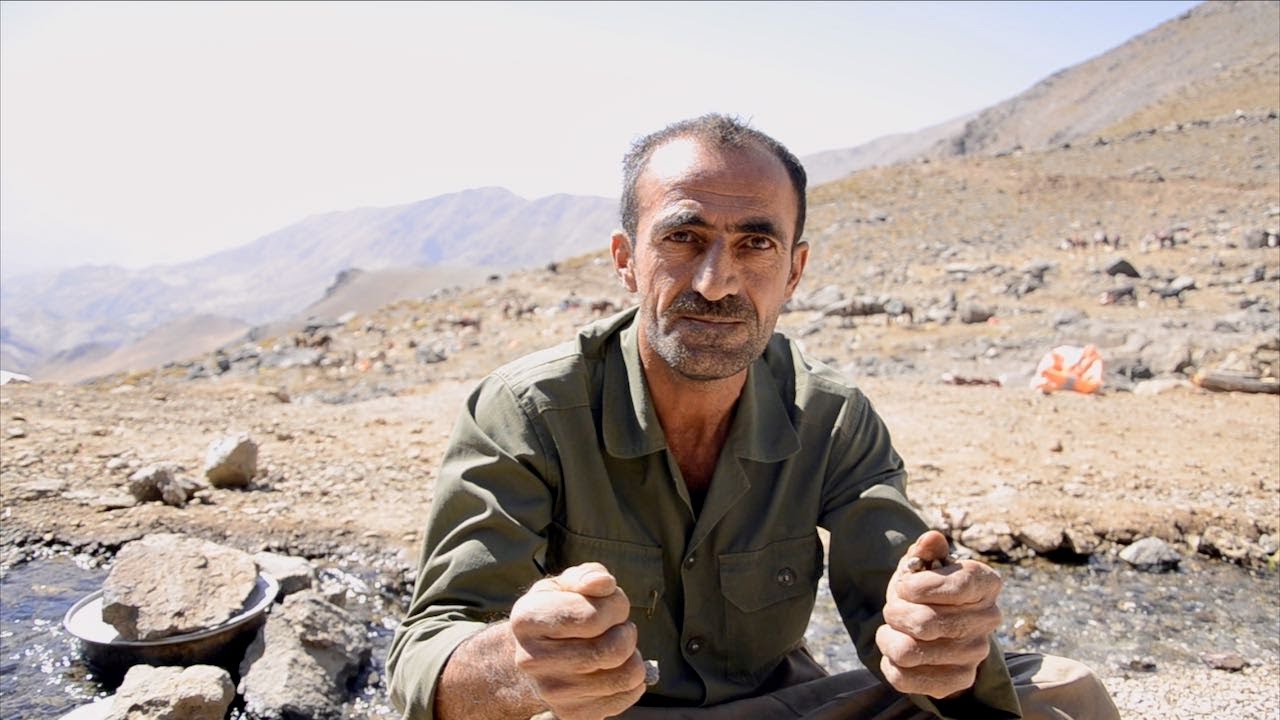 Dr. Ahmad Mohammadpour was born and raised in Eastern Kurdistan, Iran. He is currently based at the University of Massachusetts, Amherst, where he conducts research on the political economy of kolbars in Kurdistan. According to him, the most important feature of IranWire’s new documentary They Shoot Kolbars, Don’t They? is the fact that it is narrated by the kolbars themselves.

Dr. Mohammadpour is a native of the border city of Sardasht. The new film, co-created by filmmaker Jamshid Bahrami and IranWire, reminded him of the people among whom he lived for years. In his coauthored article on political economy of kolbars – whom he refers to as kolbers, in deference to how it is written in the Kurdish language –  with Dr. Kamal Soleimani, he describes kolbari as “the result of the uni-ethno-religious development which is a part and parcel of the overall strategy of the Perso-Shia state in Kurdistan... more of a political phenomenon than an economic one".

In an interview with IranWire, Mohammadpour emphasized that the deprivation of Kurdistan is carried out systematically and deliberately, and thus the concept poverty alone cannot explain the phenomenon.

"The state's strategy after the 1979 Islamic Revolution,” he says, “was to ‘de-develop’ the Rojhelat [Eastern Kurdistan]; that is, to implement policies aimed at hindering the developmental process or consciously destroying Kurdistan’s human and natural resources, and to block the viability of development by future generations."

The concept of de-development, which Dr Mohammadpour also refers to as ‘internal colonialism’, is to be understood in the framework of “sovereign community versus non-sovereign communities in Iran”. “We consider the insistence of the Iranian regime on the securitization and de-development of Rojhelat as a form of economic apartheid,” he says, “which has led to the creation and perpetuation of kolbari. Kolbari is the by-product and consequence of the political system, and of the internal colonialism imposed on the Kurds by the Islamic Republic of Iran.”

In Dr. Mohammadpour’s view, kolbari has taken on new dimensions which did not exist before. "Previously, only a limited number of people engaged in kolbari, but in recent years it has expanded and now includes people of different ages and genders. The age of the kolbars now ranges from 13 to 75. Many educated young people, despite holding academic credentials, were forced to become kolbars. Why did they turn Kurdistan’s human capital and scientific potential into the most inhumane and dangerous labor in the world?"

Mohammadpour asserts that there are some misunderstandings around the subject, for instance some researchers classify the existence of underaged kolbars as child labor. “In international forums such as the United Nations, child labor is defined in terms of age, working hours, type of work, and so on, and none of these measures could be applied to the underaged or child kolbars. There is no definition of child labor in the United Nations that is consistent with or even close to the case of these underaged kolbars, who literally put their lives in danger for earnings that can barely help them survive."

It is also impossible to classify kolbari as a part of the wider informal sector in Iran, or as seasonal work, or as smuggling. “Informal labor means it is not defined within the framework of the labor laws, like street vendors. It's not seasonal either, as kolbari is practiced the whole year round. It’s not even smuggling, because the legal status of smuggling is clear. One may ask why the goods carried by kolbars are considered illegal only before they arrive at the border, but as soon as they cross the border, they are no longer illegal and are exchanged and incorporated into the legal market.

“Kolbari is not illegal either; there is no criminal law forbidding kolbari. But the border guards shoot at them, kolbars fall from mountains and heights, and/or get killed by landmines as they flee ambushes. There is no mechanism for prosecuting the shooters.”

Dr Mohammadpour maintains that the killing of the kolbars should be analyzed in the context of Ruhollah Khomeini's declaration of Holy War (jihad) against Kurds on August 19, 1979, and in the context of decades of Kurdish resistance. Following the conquest of Rojhelat, the region was heavily militarized; the new Iranian regime began to establish revolutionary institutions along with religious and cultural centers, taking control of the region in order to transform its demographic, religious, and cultural profile.

From this perspective, the government considers not only the kolbars but also the Kurds at best a "minority enemy". Just like the Armenians of Turkey in World War I, kolbari is another form of national oppression against the Kurds, stemming from the institutionalized discrimination based on to ethno-linguistic differences."

Dr. Mohammadpour and Dr. Kamal Soleimani have divided the main policies of the Islamic Republic towards Eastern Kurdistan in the last four decades into four periods: militarization, securitization, deprivation, and the destruction of economic infrastructure.

"We consider the first decade of the Islamic Revolution as the decade of militarization and the imposition of a bloody war on Kurdistan," he told IranWire. "Between 1999 and 2009, at least 50,000 Kurds were killed, including victims of the Iran-Iraq war.

“On the pretext of the eight-year war with Iraq, the regime took the opportunity to further militarize the Rojhelat, to turn it into a war zone and wipe out the so-called Kurdish ‘perverts’. They launched a fully-fledged military and security campaign which destroyed agricultural lands and turned them into military bases and minefields, supposedly to cut off relations between the residents of the rural areas and the Kurdish peshmergas."

The second decade, they say, was devoted to securitization. "This type of security is the mechanism of occupying the Kurdish everyday life through the establishment of security institutions, special vetting departments for administrative recruitment, de-localization and the creation of parallel religious and cultural networks, such as the Hosseiniyeh, while implanting the Student Basij in schools and educational centers."

The third decade of the Islamic Republic, according to these two scholars, is characterized by creating deprivation in Kurdistan: in other words, undermining indigenous labor while forcedly re-directing Kurds to areas outside the Rojhelat, where their labor was needed most.

Finally, the fourth decade involved a comprehensive destruction of Kurdistan’s natural infrastructure, including the transference of Kurdistan’s water resources to Hamedan, Arak, Tabriz and other cities, and the deforestation of Kurdistan through deliberate wildfires. The most devastating of these wildfires occurred in the city of Mariwan and Sarwabad in summer 2010, which is designated the “black summer” by the Chya NGO. In 2010 alone, Chya had registered around 935 wildfires, an unprecedented record in wildfire not just in Kurdistan, but also across Iran.

Finally, Dr Mohammadpour believes the killing of kolbars by state forces has nothing to do with the so-called “smuggling” but due to the fact that the kolbars are Kurds, who have resisted assimilation policies for more than 40 years. “What happens to the kolbars,” he says, “is a punishment: a collective punishment of the entire Rojhelat."

They Shoot Kolbars, Don’t They?: An IranWire Film

"Kolbars are the Result of Prejudice": Interview with Jamshid Bahrami