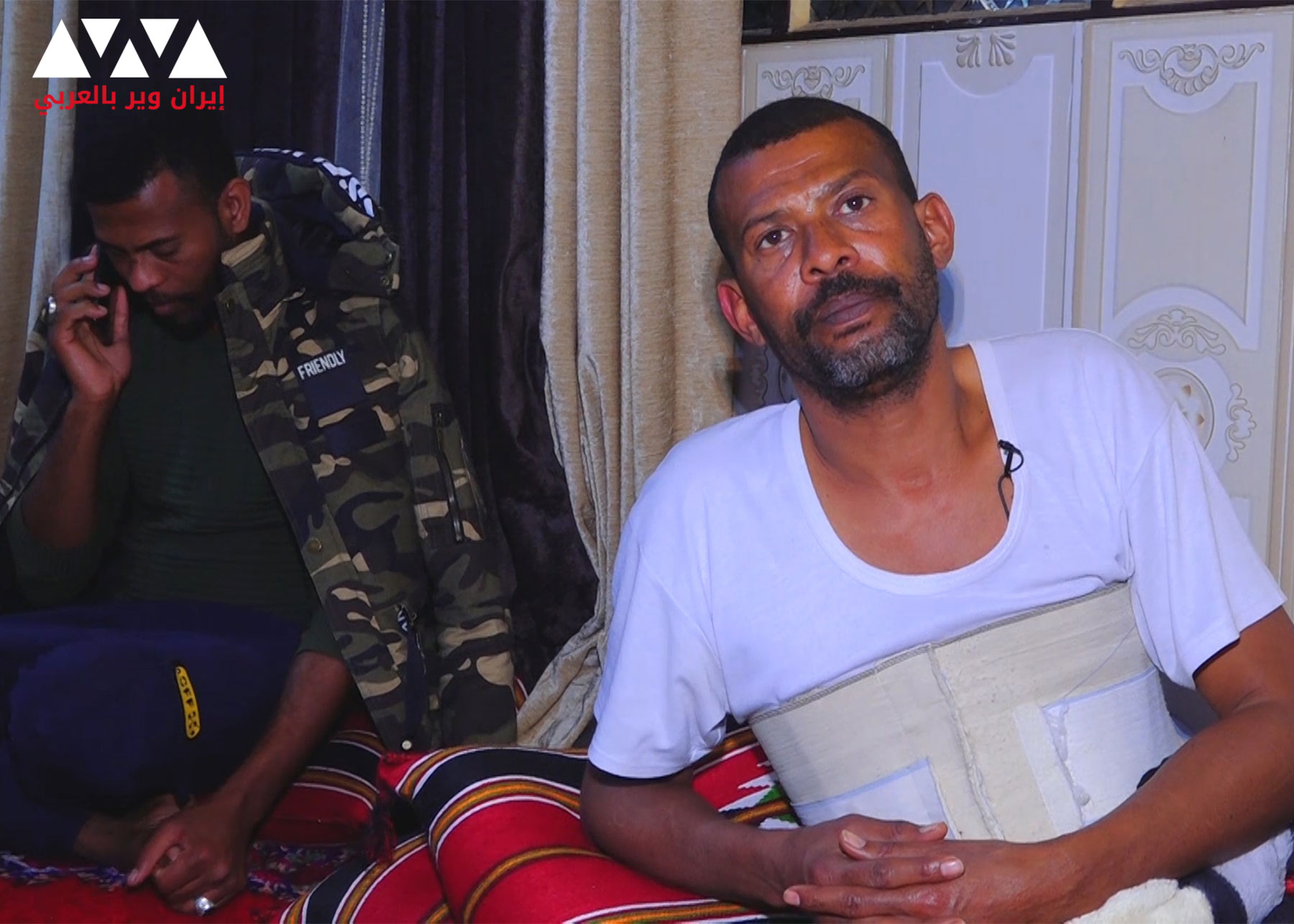 In a video interview with IranWire, the Iraqi civil activist Ra'ed al-Dami has detailed his abduction by an armed faction linked to Iran on Saturday, February 6.

Al-Dami was among the co-ordinators of anti-government protests in Karbala that began in October 2019. The “October Revolution”, he told IranWire, would continue until his country was liberated from the influence of Iran and other foreign countries.

On February 6, al-Dami said, he was taken by gunmen to an unknown location where he was brutally beaten and interrogated. His kidnappers were interested in his recent participation at an event in Najaf to commemorate protesters who were killed Sadr Square last year.

“I was handcuffed,” he said, “and they were hitting me from behind. They kicked me on my back and hit me with wooden sticks. My body is completely wrecked; I can't move my legs at the moment.”

After the interrogation, al-Dami  said, his kidnappers dumped him still blindfolded and handcuffed in Wadi al-Salam cemetery in Karbala. After managing to free himself, he called his family to let them know he was still alive.

A video clip showing Ra'ed al-Dami being taken away by armed men circulated on social media in the aftermath. Al-Dami believes he was targeted in a bid to intimidate demonstrators into silence.

“It’s a faction loyal to Iran over Iraq,” he said, “and they do not like the fact that free Iraqi voices are rising up against injustice to liberate Iraq from their hegemony.”

The Karbala Popular Movement Coordination group has held the Iraqi security services directly responsible for al-Dami's abduction, saying in a statement: "These forces are only good at spectating. We oblige them to apprehend the kidnappers immediately, or else we will be forced to take a stand against this violation.”

Since the start of the protests in October 2019 dozens of activists and demonstrators in Iraq have been assassinated or kidnapped by armed factions, with some of them still missing today.

Afghan Fighter Remembers Exploitation and Abuse by Iran in Syria