Astronomical Prices of Fruit and Nuts Darken the Nowruz Mood

Mandana Khorshidi
6 min read
This year, skyrocketing prices mean many families are unable to afford traditional Nowruz comestibles
One businessman in Tehran laments: "Even I, the shopowner, cannot afford 50,000 tomans for a kilo of bananas and 25,000 tomans for oranges to take home this year"
Over the past 12 months, the prices of many consumer items have soared across Iran due to sanctions, inflation and the plummeting value of the toman

Sweets and nuts are always among the most popular items on the table at Nowruz, Iranian New Year. But this year, skyrocketing prices have meant few Iranians have been able to buy enough. Three days before the dawn of the Persian calendar year 1400, our citizen journalist visited the markets of central Tehran to find out more.

Mohammadzadeh is the distraught owner of a well-established confectionery shop in the Abbasabad neighborhood of Tehran. In the past few years, he says, their sales of sweets and nuts have dropped by around 50 percent.

"Three years ago, I had seven employees,” he laments. “But now there are two in this shop because we’re no longer busy. Three years ago, I would buy two tons of nuts for New Year's Eve. But this year I only bought 300 kilos, which is still here, as you can see.

“The decline in customers decline is really weird. This year, we’ve been amazed. The amount of wastage has also increased, and this is another disadvantage. So, what’s the outcome? Ultimately, I’ll have to sell my shop and confectionery workshop and leave Iran." 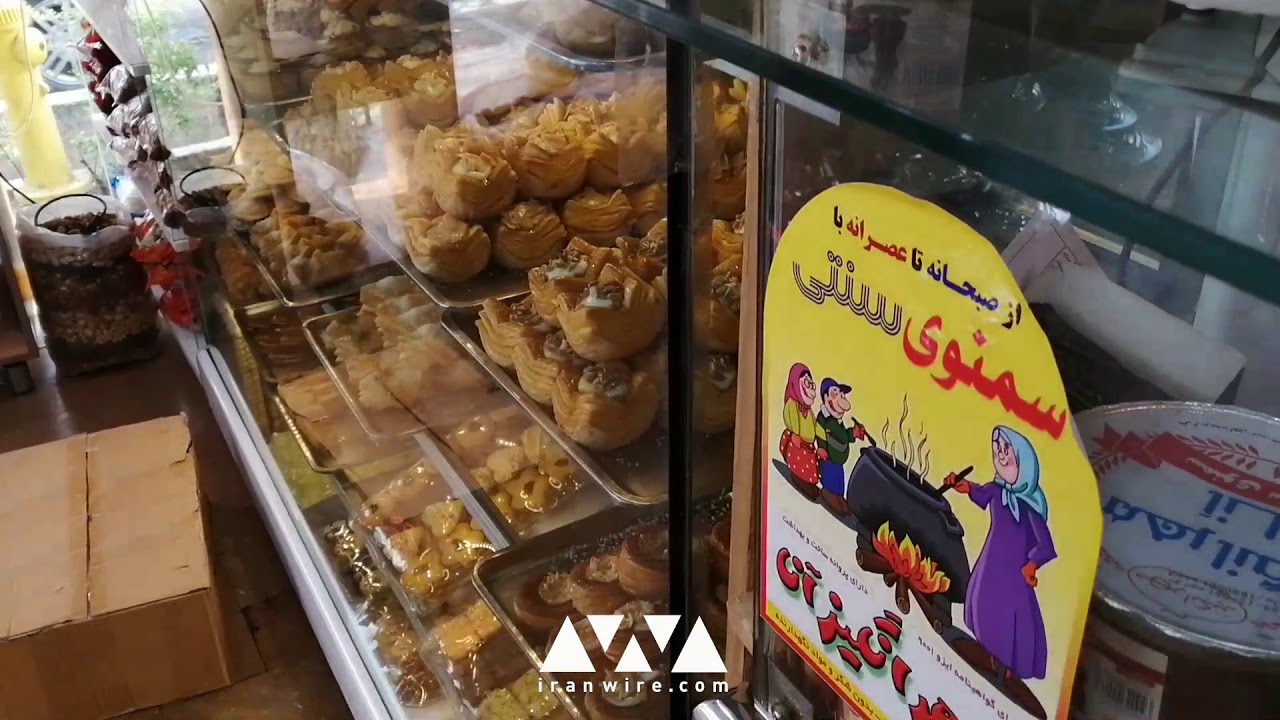 I enter another pastry shop nearby to encounter a not-dissimilar situation. "No word of a lie,” says the shop owner, who asks not to be named, “this year I took out a 23 percent-interest loan to buy sweets and nuts for Nowruz. Is this a business? Why did I do this? Because last year we had nothing but losses; there were no customers. And now, during this New Year period, how am I supposed to sell the goods, and pay back the bank instalments, and also pay the rent? Shall I go out and steal it?"

Next, I visit another pastry shop on Moallem Street. "This year,” says yet another shop owner, “both the number of customers and the amount they buy have shrunk. Everyone buys about half a kilo or a kilo, and clearly there will be no Nowruz gatherings or parties. Of course, we know there’s a coronavirus outbreak and people aren’t getting together much, but are they not consuming sweets and nuts themselves? No-one is buying nuts at all and I’ll have to return them after Nowruz. People no longer have the money. They have made the people poor.”

Over the past 12 months, the prices of many consumer items have skyrocketed across Iran due to sanctions, inflation and the plummeting value of the toman. In the run-up to Nowruz, fruit shops near Valiasr Square are charging 25,000 tomans (US$1) for a kilogram of oranges, 50,000 ($2) for a kilo of bananas, 19,000 ($0.75) for apples and 43,000 ($1.70) for sweet lemon: not much by international standards, but astronomical sums for most citizens of Iran, where laborers’ salaries are about 3 million tomans ($119) a month for laborers and up to 4 million tomans ($159) for office workers.

"We really can't afford to buy fruit,” complains Mehrab, a would-be customer at one of the stores. “I’ve just come to buy some oranges and go. Look at the price of kiwis written here: 23,000 tomans ($0.90). Where are we supposed to get this kind of money? Is this country being managed by anyone?" 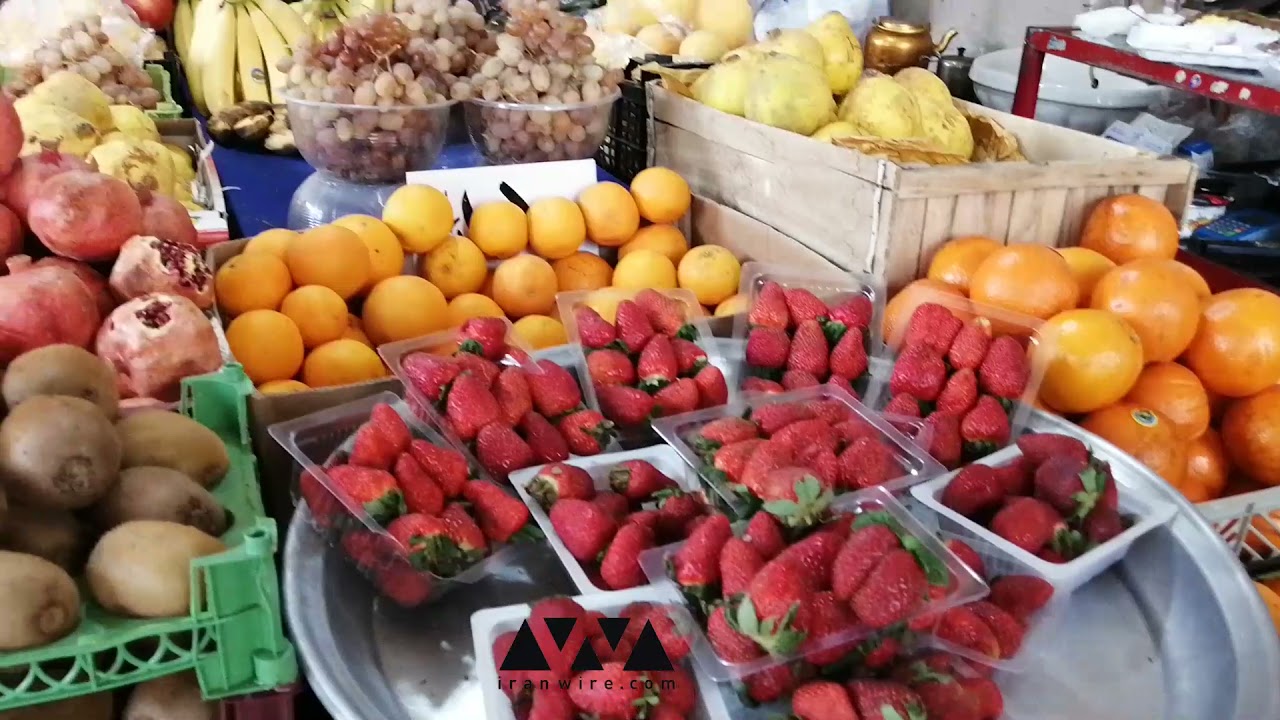 Ghassem, the owner of this shop, says most of the shipments he bought for New Year are rotting because people cannot afford the astronomical prices he has been forced to charge. The costs of different types of fruit, he says, have increased by 100 to 500 percent compared to previous years. He is not entirely sure why.

Jafarian is the owner of another fruit shop near Haft-e Tir Square in Tehran. "The number of customers has halved compared to last year,” he says, “while the volume of fruit people purchase has dropped to a third of what it was last year. Even I, the shopowner, cannot afford 50,000 tomans for a kilo of bananas and 25,000 tomans for oranges to take home this year. In the end I may have to sell them to other shops at a lower cost. There are only two days to go until New Year and the markets have none of the color or mood of Nowruz.”

A female shopper stops to talk to me about her changing consumer habits. "Until two years ago,” she says, “we always bought fruit in baskets for New Year's Eve. But now I have to buy fruit by the unit, because we can’t afford anything else.

“The pain of it makes me laugh. Are the economic pressures really so bad? My husband and I have a better income than most, and we can still buy fruit. But what should other people eat? The experts on TV have said that people should not eat fruit! So what, should we eat rubbish? They should try not eating fruit and meat for a day, then tell other people not to. Aren’t they ashamed?”

Sadegh, a fruit seller in Hor Square, says he thinks people’s purchasing power has decreased by around 50 percent since last year. With prices this high, only the wealthy can now afford the traditional add-ons for Nowruz.

"Fruit has become a luxury,” he says, “and not everyone can afford it. People are having trouble buying so much as potatoes and onions. Is this how to manage a country? If the country were left to its own devices, things would be better. And it’s not just now; in the last six months, it feels as if death has spread through the market.” 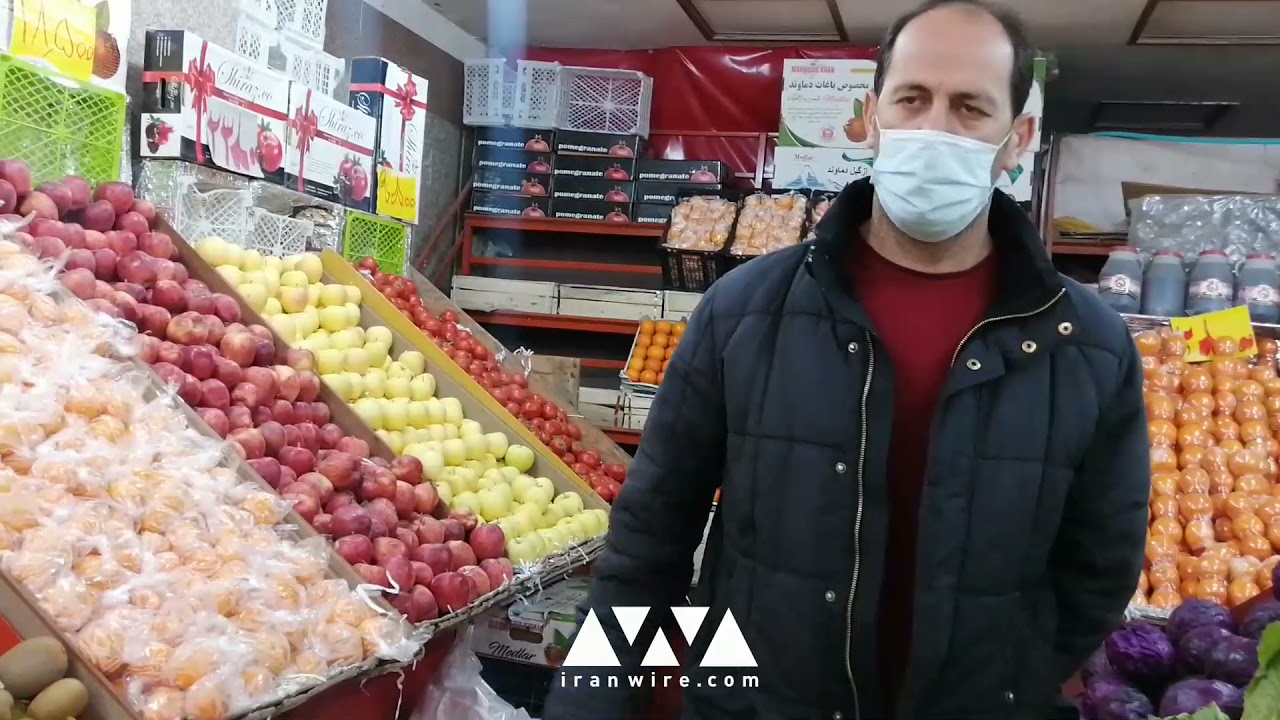 Ms. Javaherzadeh is an elderly woman living on Bahar-e Shiraz Street in Tehran. She says that this year, for the first time in her life, instead of observing the "joy" of Nowruz in people's eyes, she sees "sadness" in their faces. "Even during the war,” she says, “or at the height of the Islamic Revolution, I don’t remember people’s financial situation being as bad as it is now.

“They have so much trouble obtaining the basic necessities of their lives. Should buying bread, cheese, tomatoes and cucumbers be such an obstacle? It is as if the government planned to create such problems for people. Why has our country become like this?  Why is everyone hungry and in need? Why does everything becomes more expensive by the hour? When are we going to have a little peace?"

This article was written by a citizen journalist in Tehran under a pseudonym.

The Resistance Economy and a Shortage of Cooking Oil

Guards Discuss Attacks on US Army Site and Chief of Staff