Of Ostracism and Abundance: A Visit to an Iranian Drug Rehabilitation Center 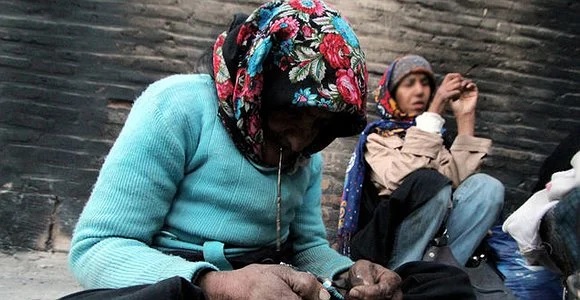 A lot has been said about the unbelievable rates of drug addiction among different age groups and demographics in Iran. Numerous studies have been conducted into this social phenomenon, but in most of the published reports, the addicts themselves are notable for their absence.

Do today’s drug users and addicts resemble those of times gone by? What socio-economic factors have a bearing on their drug use, and who is to blame for their situation? The following is a dispatch from a drug rehabilitation camp in a suburb of Tehran, where some of those receiving treatment spoke to our citizen journalist about their experiences.

While most of us are aware of the differences between new, addictive substances and the traditional drugs of Iran’s past, far fewer understand how the face of drug use has also changed. The image of an “addict” in most people’s minds remains static, and the same, inadequate language is still being used to describe this complex social issue.

I paid a visit to a drug rehabilitation camp in the suburbs of Tehran to meet some of the drug users and abusers of the present. How did they get here? What they have been through? Whom they believe is responsible?

It quickly became apparent that many of them feel ashamed about how they behaved in the past, and feel racked by humiliation. But they also have serious questions they wish to pose to the government, the regime and wider society in general, which has a role to play in both their decline and recovery.

Ordinary People Have Been Forgotten 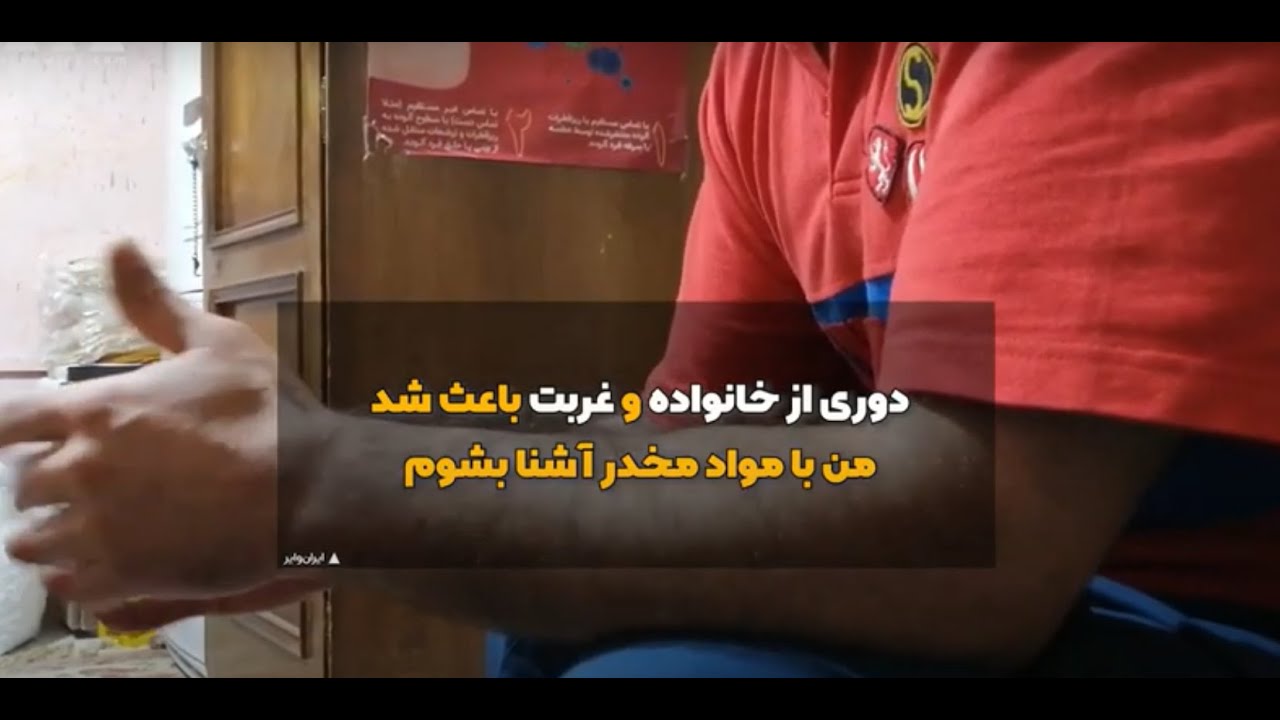 One of the camp’s occupants, Mohammad Reza, is blunt about his thoughts on how drug use might perversely serve the regime. “They want some of the young people to be addicted so it’s easier to control them. How could they rule, with this much injustice and with this economic situation, if all the young people were spirited and athletic? They spread poverty to keep everybody down. They ban alcohol but sell addictive drugs for next to nothing.”

Another camp resident says the pressures of life in contemporary Iran drive many young people to drugs. “Young people’s wishes are never fulfilled. It’s all pain. They resort to drugs and LSD so they don’t notice these problems and miseries. Drugs rescue them from their sadness, but they all then find out it’s a short-lived relief, and they must now bear a mountain of new problems.”

Some of the camp residents have lost all hope that the government and officials will do anything to improve their situation. “Nobody cares about our country,” says Kami, a 24-year-old. “They talk but they do nothing. Not only about drugs, but about many things. They don’t even care about ordinary people, let alone a young addict.”

Mehraban, 30, is similarly sceptical. He says that although everybody outwardly agrees that an addict is suffering from an illness, and should be treated as such, “Who really believes it? Why don’t the officials offer the same insurance for treating addicts that they do for other illnesses? Why they assume that all addicts must be lawbreakers? 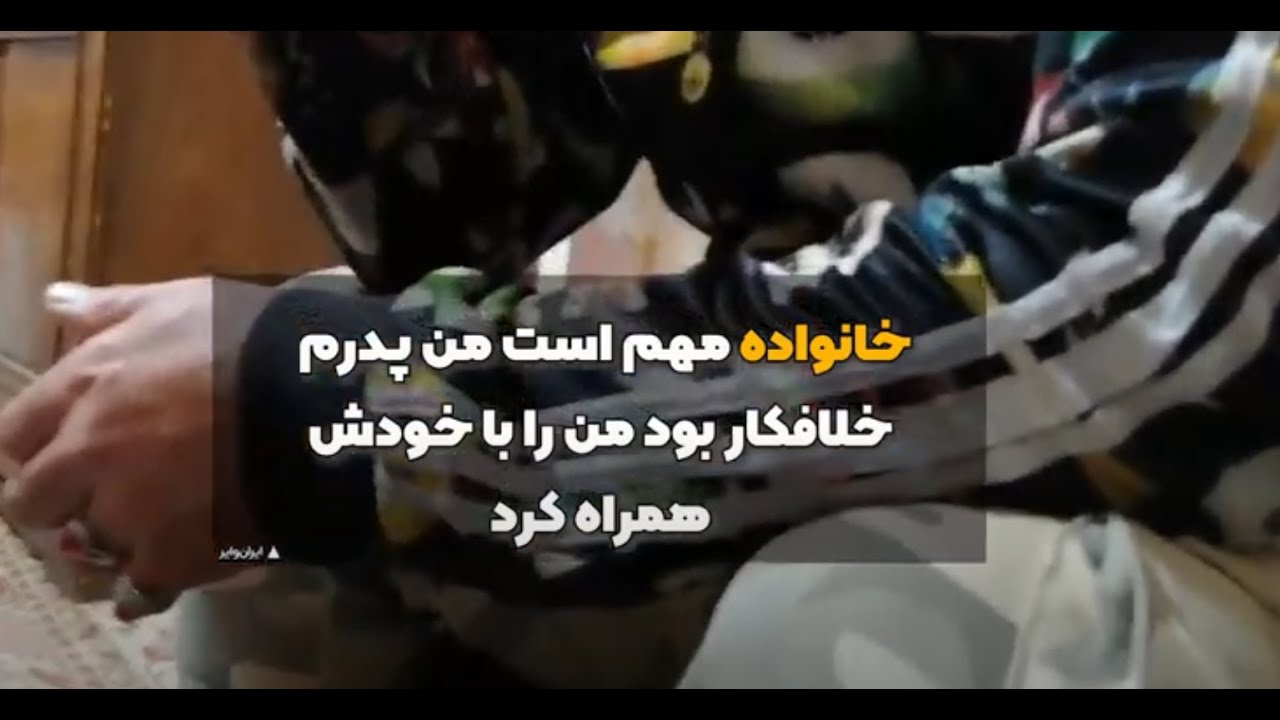 “We made a mistake. Shouldn’t there be a way to treat us now? If someone can’t afford to live in these camps and to buy medication so as to get out of addiction, should he simply die on the street corner? It is the lack of money for quitting addiction that forces him to break the law and steal.”

Almost all of the camp residents agree that drugs are both ubiquitous and easily-accessible in the city. They believe this is a sign of a lack of will by the authorities to resolve the situation. 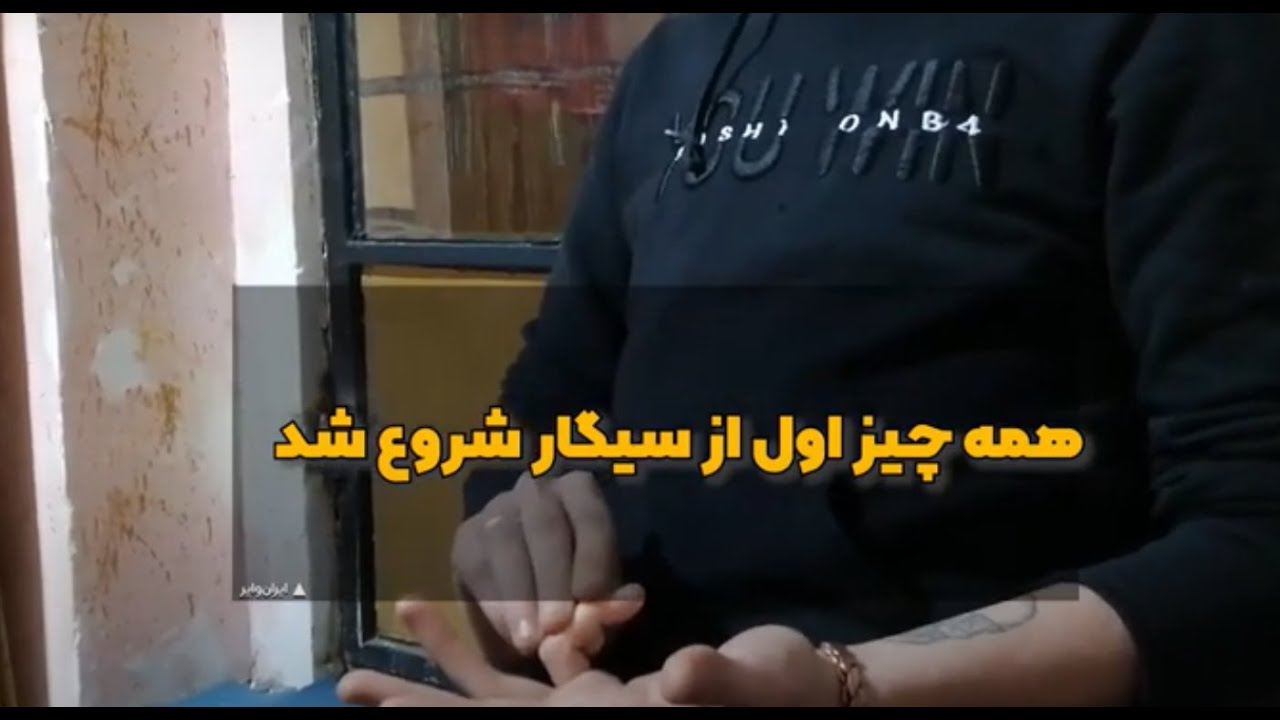 “The first time I went to get hashish,” says one, “I was 16 years old. Not only did the dealers not give it to me, but they beat me up. These, though, the drug peddler is 16 himself. We had a patient here before who was just 14.”

Hossein, another of the camp residents, asks: “Why is it that food and housing are becoming more and more expensive every day, but drug prices have remained stable? It’s clear that some people want drug addiction to spread. Amusements like football, swimming, gyms and the like are very expensive but right now you can get high with just 20,000 tomans (about US$0.80)”.

They also describe the general move by users away from traditional narcotics and toward new, synthetic drugs. “If opium did the damage of a turtle, these synthetic drugs destroy like a tiger,” says a camp’s inpatient. 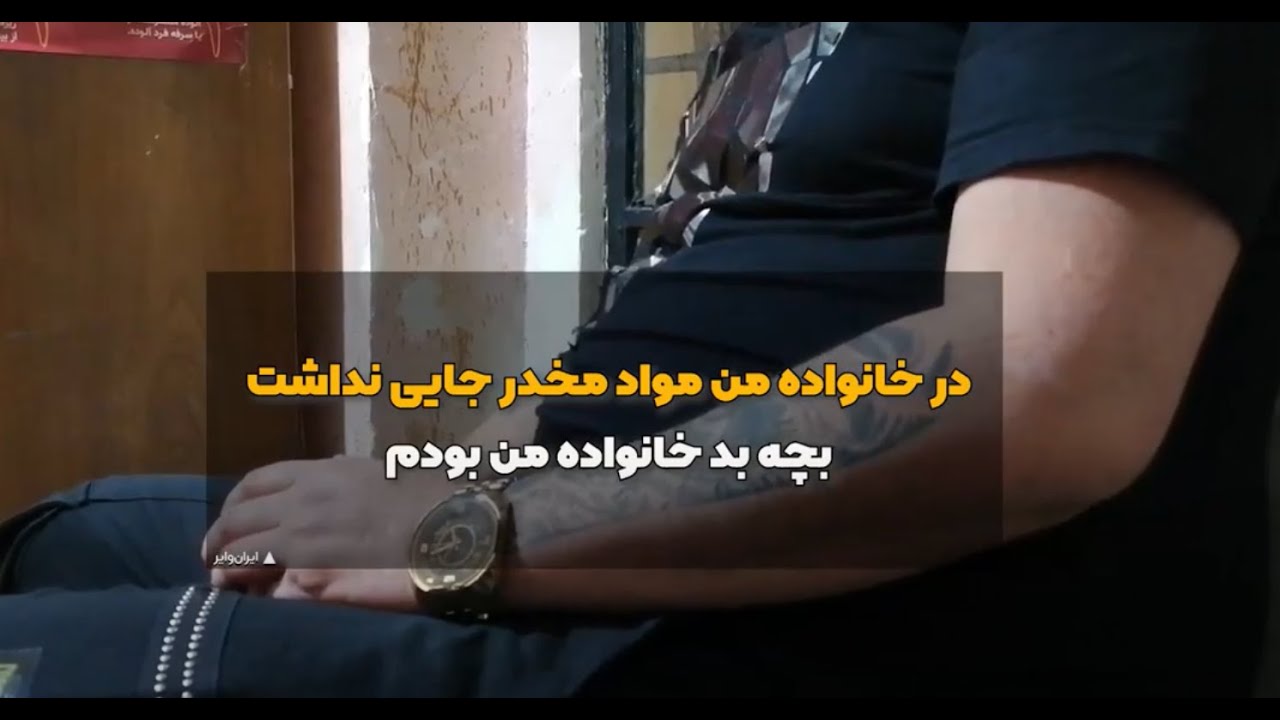 Shahab, a 21-year-old and former inmate at Greater Tehran Penitentiary, says that in that facility the inmates had little access to basic necessities such as drinking water, healthy food and beds but drugs were readily available.

“Drugs were easily brought into the prison,” agrees Mahan, who also spent time in the same jail. “The drug distribution mafia in Tehran has access to all the prisons: Evin, Rajaei Shahr, Fashafuyeh [Greater Tehran Penitentiary]. There are also inmates who, while they’re on furlough, wrap something up in plastic, swallow it and then defecate once they’re back in prison and sell it for a high price.” 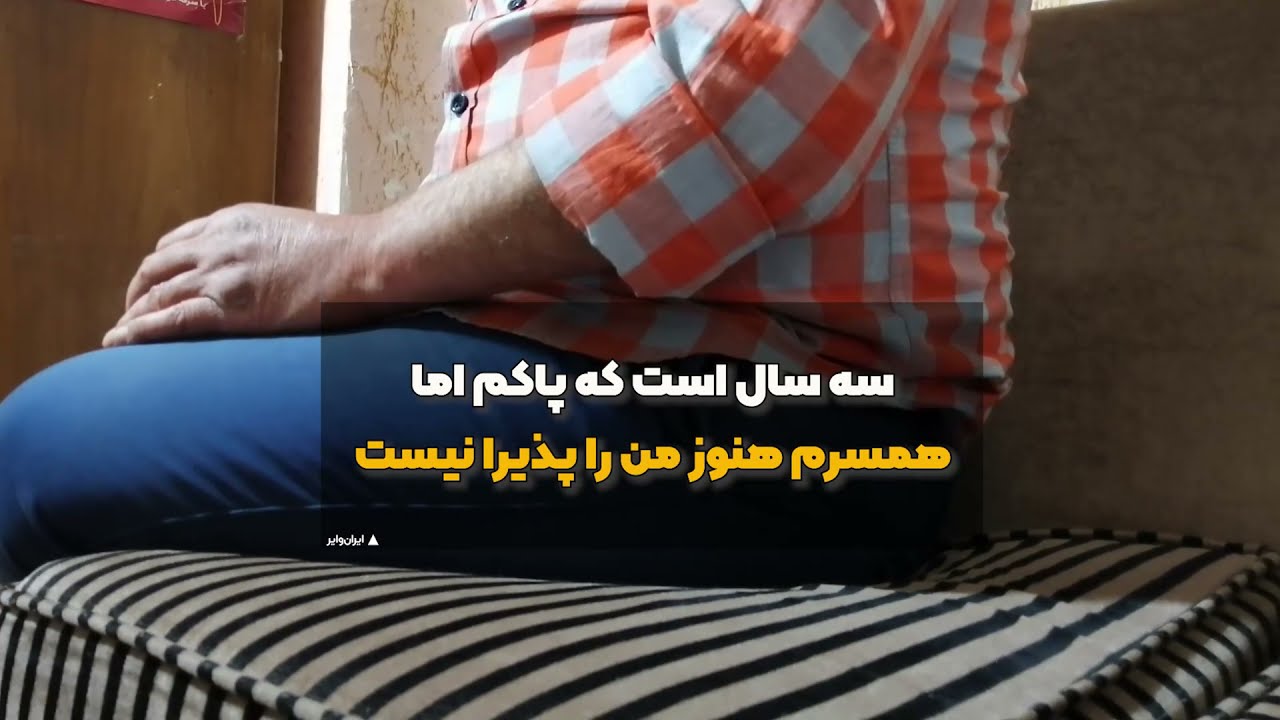 Kami says that until the government decides to clamp down on easy access to drugs, there will be no short-term solution to prevent widespread addiction. Many of the camp residents say they were driven to drug use by factors such as poverty, a lack of opportunities, a lack of access to any kind of entertainment, and the absence of real love and affection.

Shahab says of his own situation: “I didn’t even have enough money to buy myself a good mobile phone or a bicycle. This embarrassed me in front of my friends. Drugs released me from the unease. Believe me, a wealthy person who gets addicted can quit much more easily than people like us. Even the drugs that he takes are higher-grade and pure, but people like me take junk that destroys us faster. It started with cigarettes, then came hashish and tramadol, then opium, and eventually crystal meth and cocaine.”

Addiction Was “the Only Option”

“Nothing else besides drug addiction attracted me,” says Kami. “In school, I was top of the class until fifth grade. But does life in Khak Sefid [also known as Golshan, a poor neighborhood in Greater Tehran] offer any future except breaking the law and addiction?

“I was very good at football and whenever I went past Iran Javan [“Young Iran”] Football Club I wished I could touch the field. But, well, I had no money to register. Now my son plays football but says that his playmates smoke grass next to the football field. This means that the same fate as mine is lying in wait for these kids.”

Another camp resident recalls: “I grew up in a family that had no tolerance for drugs. I was the only ‘bad boy’ of the family. I grew up in an educated family. I grew up outside Iran but when I came here I resorted to hashish because of a series of problems like my parents’ divorce or being rejected in love when I was young and because there was nobody around to help me.”

Almost all the camp’s inmates believe their road back into society is closed. Their families and employers, they say, look askance at ex-addicts. One says he could not so much as get a job as a watchman, because they wanted a police certificate to prove he had no criminal record.

One of them, though, has a different story. He says that when he told others about his addiction and other offenses “they trusted me”, and in the end they saved his live.

Many of the inmates believe that if the society took a more positive view of rehabilitated drug users, and in the words of one, “stop seeing us as parasites who deserve to be humiliated”, it would be a major step forward for their ability to return to normal life.

Some of those being treated at the camps are “volunteers” who went there of their own free will. Some have been forced to attend by their families or friends, and the rest are people who were rounded up by the police. A typical intensive treatment period lasts 21 days, after which ex-addicts must continue taking their medication under the supervision of a camp physician. 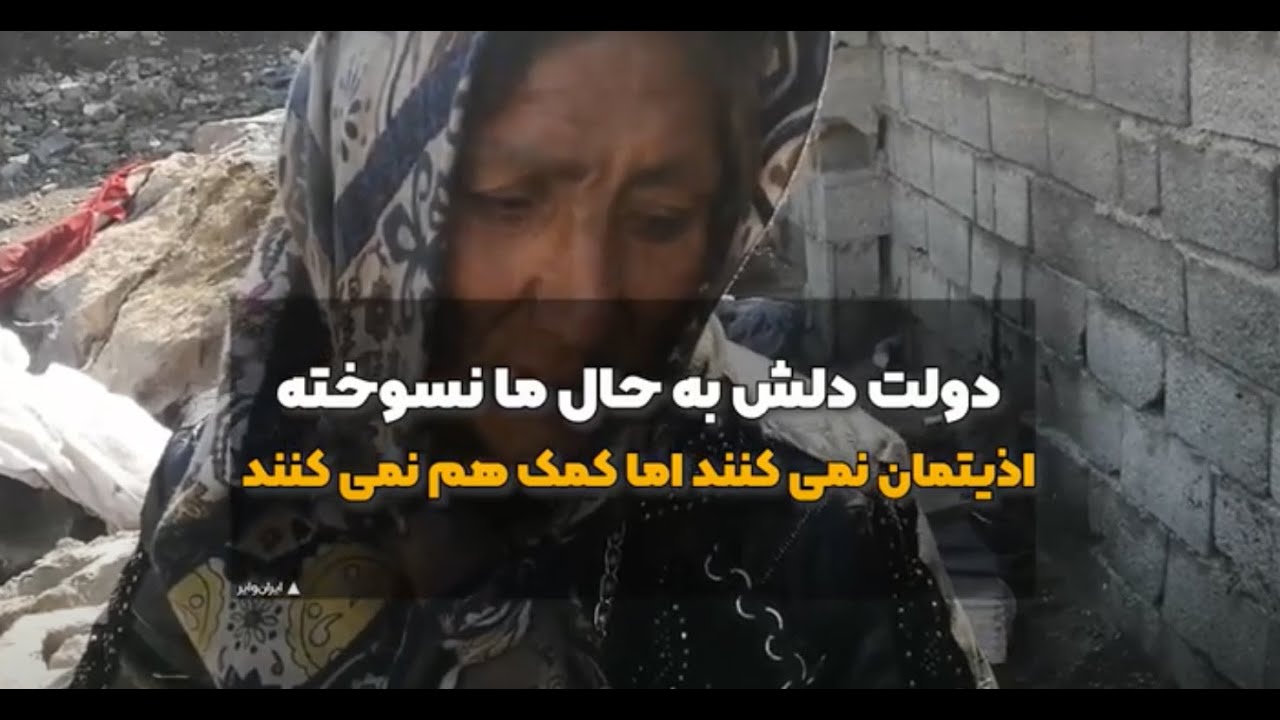 The inmates of rehabilitation camps are all men. Just outside one of these camps I come across Mina, a “cardboarder”: the local term for a homeless person who lives in a cardboard box shelter. She is 50 but looks much older. “I have been an addict for 30 years,” she says, “and I have been sleeping in cardboard boxes for 20.”

She cries as she describes her difficult and unhappy life, saying: “The government neither helps us nor bothers us”. No institution, she says, has ever helped to alleviate her poverty and misfortune. She tells me it was her first husband who got her into drugs although she accepts responsibility for her own addiction.

When we talk about those female addicts who “sell their bodies” she says that “it is because of poverty and having no place of their own. They want a warm place to sleep at night and some money to spend. If somebody comes to their aid and finds them jobs, they’d stop doing it, and would find their way back into society.”

There are no reliable statistics about the number of drug addicts in Iran. Government agencies, including the Drug Control Headquarters, only add to uncertainty and confusion by making constant changes to the official definition. According to official statistics, there are around 2.5 million addicts in Iran, but some experts believe that the real number is closer to 4.5 million.

A Tehran Neighborhood Struggles with Drug Addicts During the Pandemic

Drugs in Iran: The Two Faces of Opium

Drugs in Iran: Hopelessness, Drug Use and “Parti Bazi”

Drugs in Iran: All About the Money?

Debunking the Myth of the ‘Zulia Strain’ in Venezuela