Jasem Gholami
3 min read
The deprived zone of Kut Abdollah south of Ahvaz is regularly hit by devastating floods
Every few months, after the rain, sewage rises up from uncovered drains and flows straight into people's homes

The deprived zone of Kut Abdollah is located in Karun County, south of Ahvaz in Khuzestan province. It was formed in January 2013, with the then-village of Kut Abdollah merged with around 20 others to form an official “city”: one still without streets, lighting or running water.

Every few months, after the rain, sewage rises up from uncovered drains and flows straight into people's homes. Aside from destroying their properties, furniture, clothes and schoolbooks, it poses a serious risk to citizens’ health by spreading diseases such as cholera. After years of repeated disasters, no solution has been tabled by the local or provincial authorities.

The rotting walls of their homes, and the smell that clings to them, have plagued residents’ lives for far too long. Many older people have been forced to leave the area for good. Despite promises from local officials, the Red Crescent Organization, and the Housing and Urban Development Foundation, most citizens are also still waiting on the three million-toman loans that were formerly promised to them in humanitarian aid.

The district health network has repeatedly sounded the alarm about the risks, but there is nothing ordinary people can do about them. Now, the spring rains have brought about fresh pandemonium in the city, and some residents have reached the end of their tether. 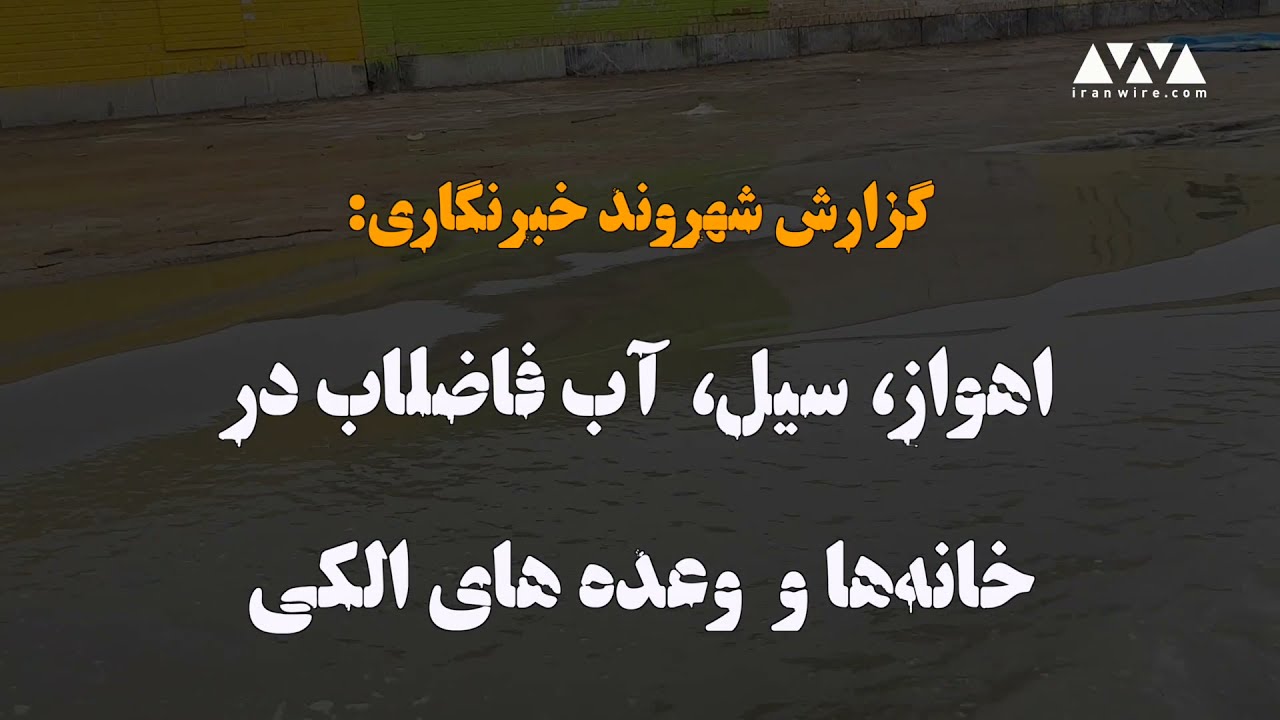 The floods in Kut Abdollah have also had deadly consequences. On February 14, 2020, a three-year-old child, Danial Navaseri, was playing outside when he fell into a canal filled with tar-black mud and drowned. His body was not pulled out of the slurry until hours later.

Locals say problems related to sewage management have been going on for years in the wider Karun County area and elsewhere in Khuzestan. Here, however, the problems are compounded by the fact that last March, the city council was abruptly dissolved, for reasons that were declared confidential. The municipality is instead overseen by the governor of Khuzestan.

How to organize against floods, and cover and dredge streams and water canals, has long been a point of contention between the municipality and the water and sewage companies. The result is that no-one has taken charge, and Kut Abdollah has become the site of recurring tragedy, leaving some locals in despair.

"In our city,” one told IranWire, “the streams are full of algae and dirt instead of clean, clear water. The municipality doesn’t even collect the garbage here, let alone dredge the canals. Kut Abdollah is a municipality in name alone.

"On many occasions, children have fallen into the canals and lost their lives. There have been at least two deaths in the last year and of course, many more are rescued. Just a few weeks ago, my brother-in-law saved a two- or three-year-old child from an open sewer. When he brought the child out of the water, the inside of its nose and mouth was full of sludge.”

Kut Abdollah is just a few minutes’ drive from the edge of Khuestan’s provincial capital. But the level of deprivation is hard to describe. “We’re in the worst possible situation,” the resident said, “in terms of amenities and urban facilities.”

This article was written by a citizen journalist in Khuzestan province under a pseudonym.

Col. Khodaei: The Hunter Who Was Hunted Down

The Murder of a Gay Iranian Man by his Family