Dispatch from Abadan: The Plundering of a Christian Cemetery

Saba Shahsavari
2 min read
The Armenian cemetery in Shatit, southeast Abadan, was built in the 1930s but has gone to rack and ruin in recent years
A small number of locals plundered the graves in search of valuable antiques
Today no-one stands guard over the site, which stands as testament to the remarkable diversity of Khuzestan's social fabric - and its disavowal by the state

The beautiful port city of Abadan, southwest Iran, was once a beacon of modernity in both Iran and the Middle East. Its history goes back to the Seleucid Empire in around 300BC, with its city’s name changing several times down the centuries before acquiring its present one – by degrees –  some time after the advent of Islam.

For centuries it welcomed visitors of different faiths with open arms. Even today, Abadan is a cradle of diversity in the already-diverse Khuzestan province. A variety of languages are spoken in the city streets, and the Armenian church of Saint Karapet, a registered national monument, stands directly next to Imam Musa bin Jafar Mosque in a display of religious unity.

This church was built in 1958 by Armenians. Many of them will have been descended from those who fled Ottoman persecution in the late sixteenth century, settling in this city as well as Ahvaz, Isfahan, Tabriz, Tehran and Abadan under the protection of then-Persian king Shah Abbas Safavid.

Abadan accepted immigrants from all over the world during this period, each of whom brought their own customs and traditions to the city. For Armenians, this also included constructing a Christian cemetery in Shatit, just southeast of the city center. 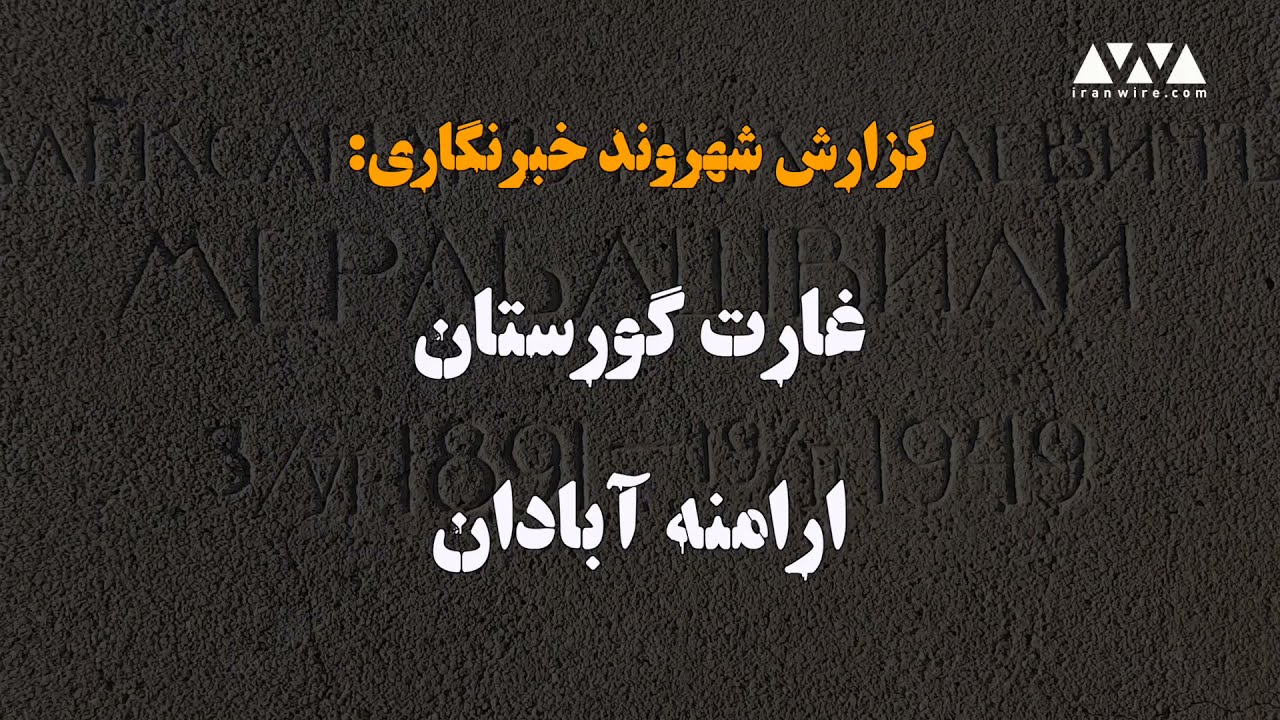 The cemetery was built in 1930 and was walled off sometime after the end of World War II. It covers an area of ​​about 1,500 square meters and initially contained about 320 graves, with most of those buried there recorded as having died in the late 1950s. Most tombstones are made of cement, with the names of the deceased engraved on them generally in Armenian script, but also occasionally in English and Hebrew.

Now, however, many of them lie in ruins. Not a single new grave has been constructed since 1981, and after rumors spread among locals about valuable antiques and historical artifacts being hidden inside them, thieves flocked to the site and unleashed a wave of destruction.

The cemetery was guarded until a few years ago, but repeated clashes involving would-be grave robbers – in which the police refuse to intervene – has deterred people from standing guard. The Ministry of Cultural Heritage, Tourism and Handicraft has also not stepped in to supervise this officially-protected site. Meanwhile, the emigration of many Armenian citizens has given  the Abadan Cultural Heritage Administration license to ignore it as well.

For years now the cemetery, much like its occupants, has fallen into a deep slumber disturbed only by those that seek to plunder it. Fortunately it is not the only local landmark Abadan has retained from happier times: others include the Abadan Museum, the Saint Karapet Church, the Rangouniha Mosque, the Petroleum Museum, the Tahlenjiha Bazaar, the cable bridge, the Arvandroud River, the Bahmanshir, and the city’s breathtaking palm groves.

This article was written by a citizen journalist in Abadan under a pseudonym.