Demonstrations over the ongoing water crisis took place in at least 17 different cities in Iran’s Khuzestan province on Sunday night. Videos and images posted online showed thousands of people marching through the streets, amid a heavy security presence.

Last night protests broke out in the cities of Susangerd, Shush, Hamidiyeh, Al-Baji, Mahshahr, Shushtar, Abadan, Shadegan, Lali, Ahvaz, Karkheh, and Shavour. In some cities including Susangerd and Shush, riot police could be seen mobilizing in town centers and firing both live ammunition and tear gas at civilian protesters.

A video released from Susangerd showed plainclothes officers ambushing protesters in a dark section of the street, accompanied by a number of Kalashnikov-wielding police officers. Local sources report widespread detentions in the cities of Mahshahr, Shoushtar, Abadan, Shadegan and Lali.

At the time of writing, two Khuzestani protesters, Mustafa Naimawi and Ghasem Kheziri, were confirmed to have been killed by security forces while protesting the lack of water. At least three people were also injured during last night's protests in Susangerd, where people have compared their city to a warzone and decried the violence being used to disperse protesters. 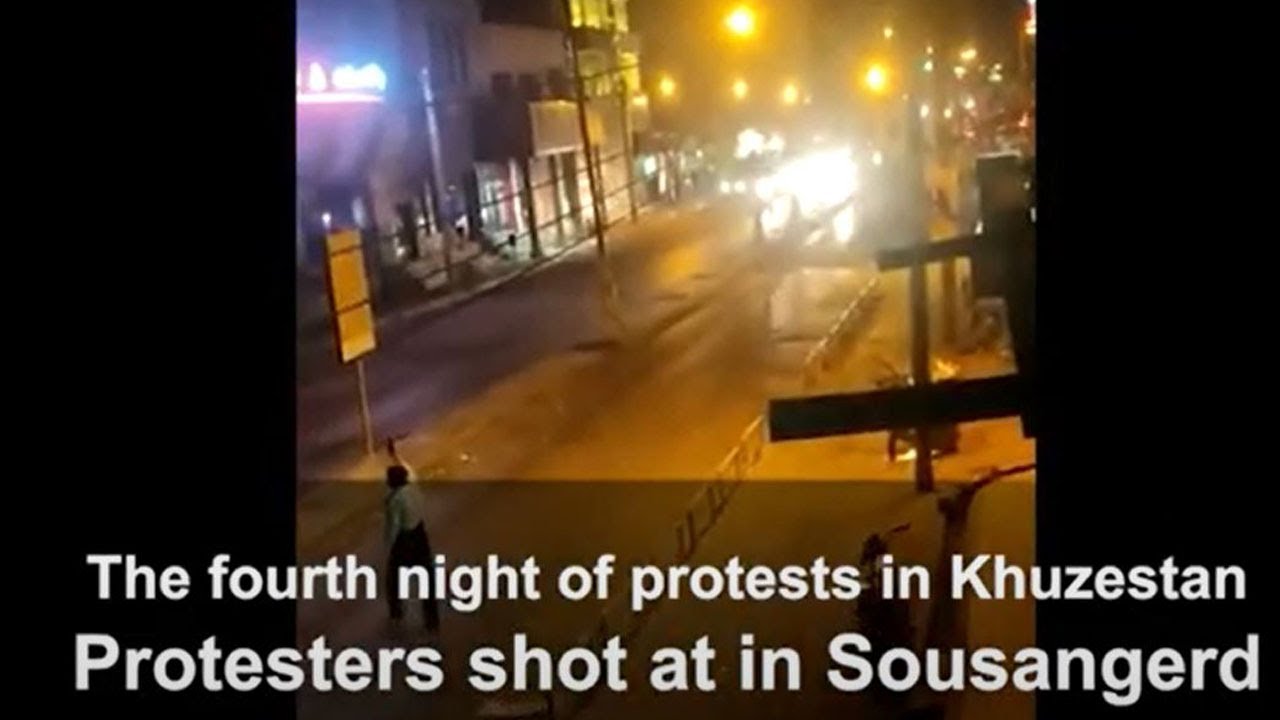 In almost every video circulating online, the sounds of gunfire can be heard. Some also show civilians being directly shot at by police. Last night a group of Susangerd residents sought refuge from the violence in a park in Susangerd, but were then surrounded and arrested.

Elsewhere some demonstrators blocked the main highway between Ahvaz and Andimeshk. Protesters in Hamidiyeh, a significant number of whom were children and young people, came out despite the heavy special forces presence. In the city of Shush, a group of furious residents gathered in front of the governor's office and forced law enforcement officers to retreat inside the building. 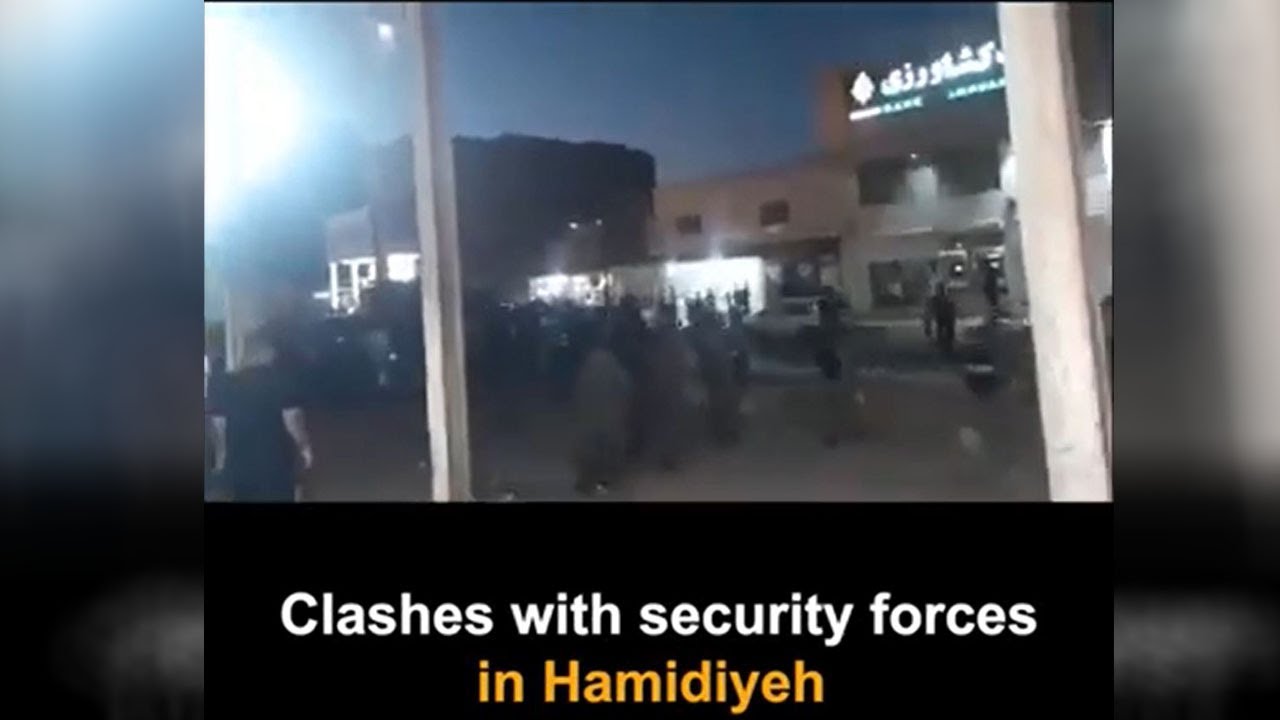 The widespread crackdown on protests in Khuzestan, which were prompted by a months-long drought and severe water crisis, came about as a member of the Iranian parliament tried to dismiss the unrest out of hand. Mahmoud Ahmadi-Bighash, the MP for Shazand, tweeted that the rallies had “the smell of blood and a formal conspiracy”.

The MP for Shadegan, Majid Naserinejad, followed suit, claiming of the Khuzestan protests “the enemy is looking for unrest”. The lawmakers’ intervention came after the governor of Khouzestan had previously called videos of the protests in Khuzestan "fake", and claimed their publication was a "mischievous" act. 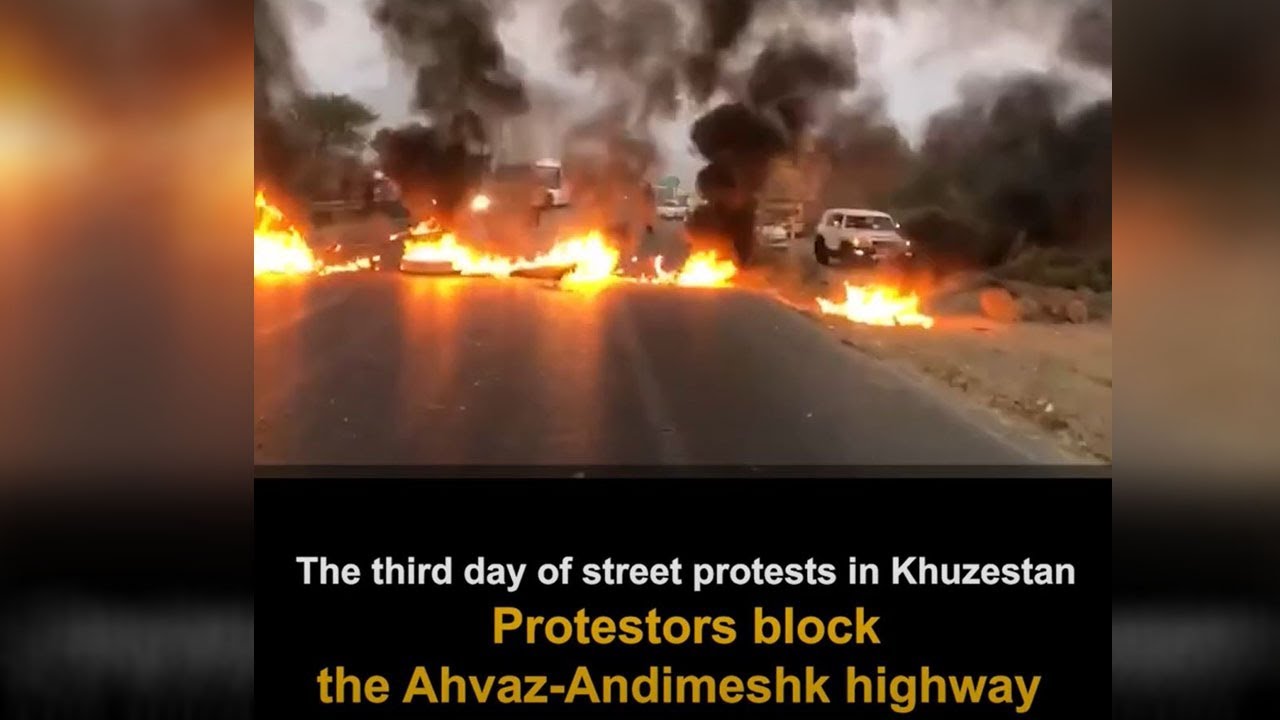 Mohsen Heidari Al-Kasir, the representative of Khuzestan in the Assembly of Experts, also threatened protesters on Sunday. “The security forces are doing a good job in these circumstances,” he said, without making direct reference to the two people killed. “If the revolution and the people are struck, nothing will remain."

At the same time, though, at least some parts of the Iranian government are clearly aware that people’s fury in Khuzestan is well-founded. Late on Sunday Mohammad Baqher Nobakht, the current head of Iran’s Plan and Budget Organization, said the cabinet had agreed to allocate 1.15 trillion tomans (US$47m) to "solve the problems of Khuzestan."

In the meantime, the protesters’ cause has chimed with Iranians all over the world. A large number of social media users copied Khuzestan residents in deploying the Persian-language hashtags #khuzestan_thirsty and #khuzestan_is not_alone to express their solidarity with the desperate residents of this province. 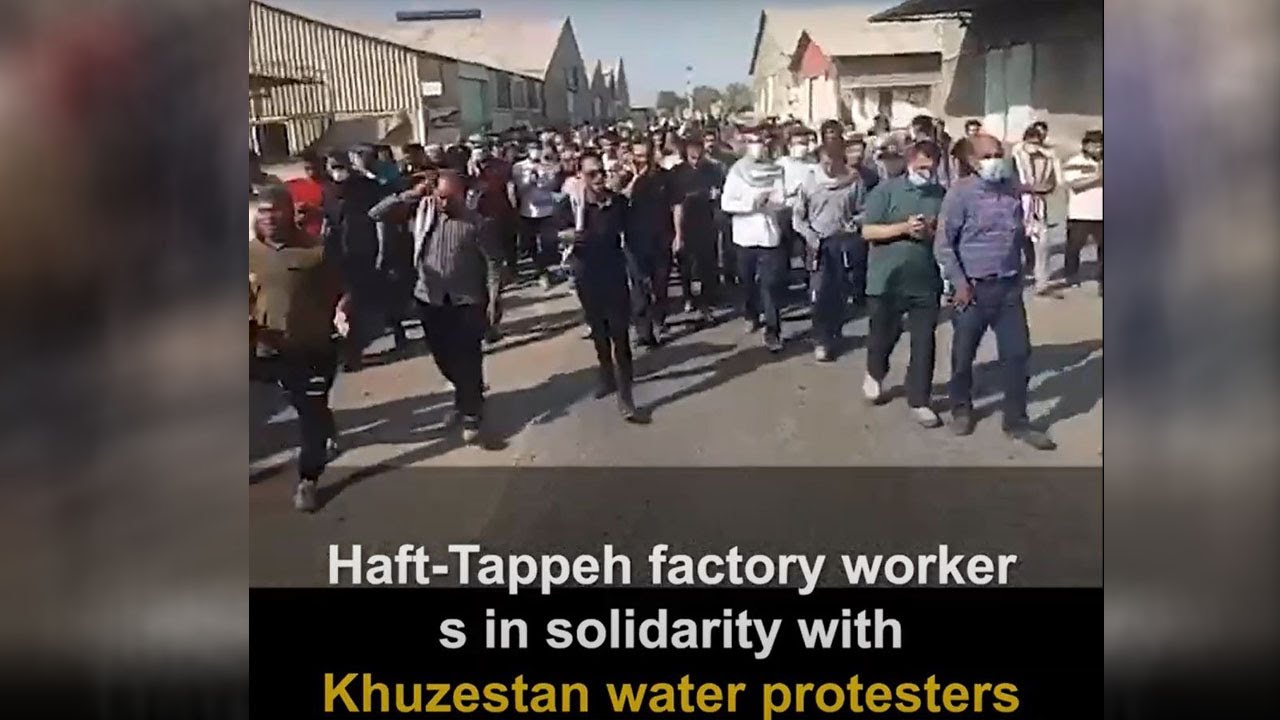 The Iranian Association of Defenders of Human Rights has also penned an open letter to Michelle Bachelet, the United Nations High Commissioner for Human Rights, highlighting the widespread violence documented at the protests and calling on the UN to intervene. Copies of the letter were also sent to Javid Rehman, the UN’s Special Rapporteur on Human Rights in Iran, and Agnes Callamard, the head of Amnesty International.

Bullets for the Thirsty