Residents of the Iranian capital of Tehran have staged an impromptu protest on the Metro, coinciding with ongoing demonstrations against the water crisis in Khuzestan.

On Tuesday morning, citizens filled a carriage at the busy Sadeghieh Metro station in the west of the city. Videos published online showed members of the crowd chanting “Death to the Islamic Republic!” as well as “Death to Velayat-e faqih”: referring to the principle of “guardianship of the Islamic jurist” that underpins policymaking in Iran. 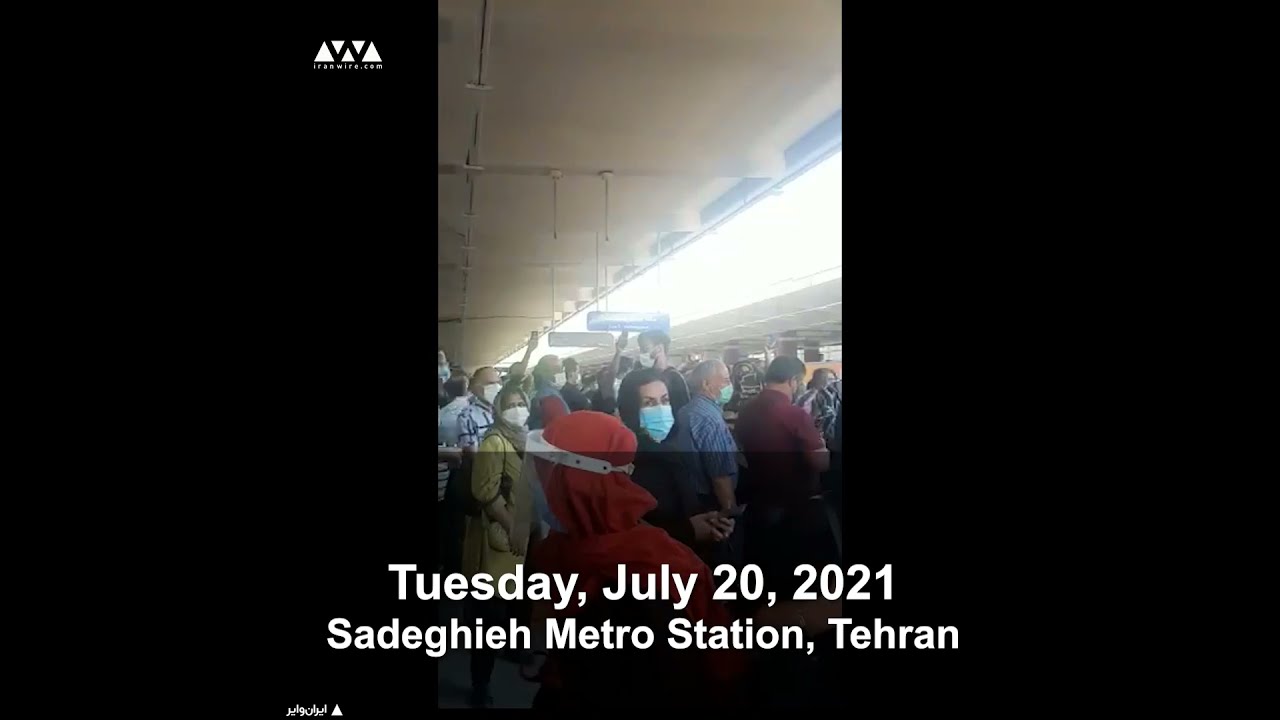 Eyewitnesses say that subway trains have been runnning with heavy delays after tthe widespread shuttering of Tehran due to coronavirus. All public activity in both Tehran and Karaj in Alborz province has again been barred for six days as the country grapples with a fifth wave of infections and a lack of Covid-19 vaccines.

Widespread dissatisfaction with public services – from water resource management to fuel prices to Covid-19 – are gradually causing protests to become a mainstay of life in Iran. Last month families in a major Iranian city were filmed shouting “Death to Khamenei” from their rooftops amid widespread blackouts due to electricity shortages.

An emergency doctor in Tehran has said that acute care facilities are now receiving “dozens” of calls every day from patients afflicted by the Delta variant.

Hossein Kermanpour, director-general of public relations for Iran’s Medical Council, told ISNA that hospitals were full to bursting: “There are long queues in Tehran. Vacant beds are rare and more young people are being affected."

In some cases, he said, people have simply spread blankets on the floors of emergency units for lack of an available bed. Whole families have also reportedly turned up at emergency departments after being infected at 50 to 60-strong wedding ceremonies.

The doctor urged people to self-medicate at home as far as possible. "Take fluids, get proper nutrition, and take proper ventilation seriously. For now, we just have to have mercy on each other.”

For a six-day period, private cars with Tehran and Alborz license plates are barred from exiting their respective provinces or entering different ones. The National Coronavirus Taskforce has also banned travel to and from all cities on “red alert” for local infection rates.

What Role has Ayatollah Khamenei Played in Iran's Blackouts?