Protesters amassed in Jomhouri Avenue in central Tehran on Monday to chant anti-government slogans including “Shame, Khamenei! Let go of this country” and “Mullahs get lost”.

Iranians on social media reported that the group marching down the shopping street at noon was partly enraged by the blackouts that have blighted the capital and cities across Iran for two months now. The long and often unannounced power outages have disrupted normal life and left many businesses in tatters.

On Monday afternoon IranWire was sent a video showing a group of shopkeepers inside the darkened Aladdin Mall, encouraging colleagues to join the protest outside. "The electricity to the mall has been cut off since two days ago,” the sender explained.

“The shopkeepers first protested inside the mall and when they got no result, they went outside. Our excuse is the blackouts, but as our slogans make clear, we are protesting against the general policies of Iranian government.” 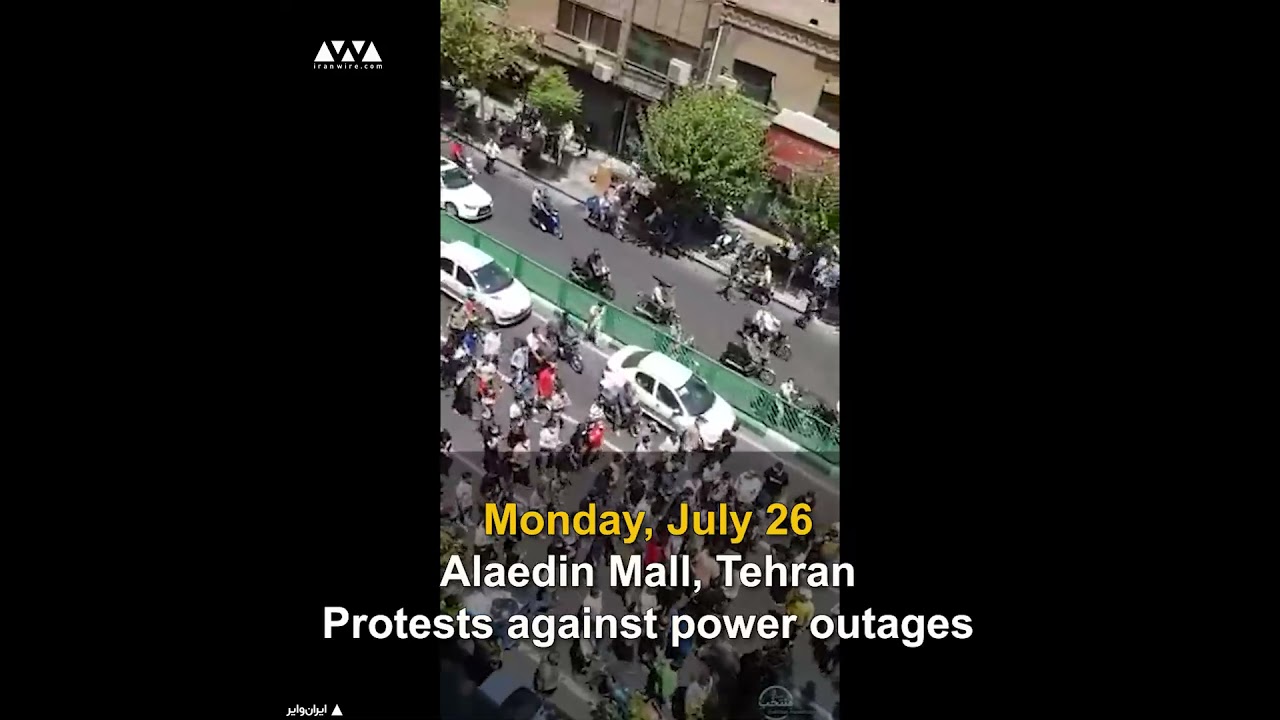 The demonstrators also chanted slogans in solidarity with Khuzestan, where citizens have taken part in mass protests over the water crisis for the past 11 days. In one video they could be heard shouting: "Don't be afraid, we're all together." 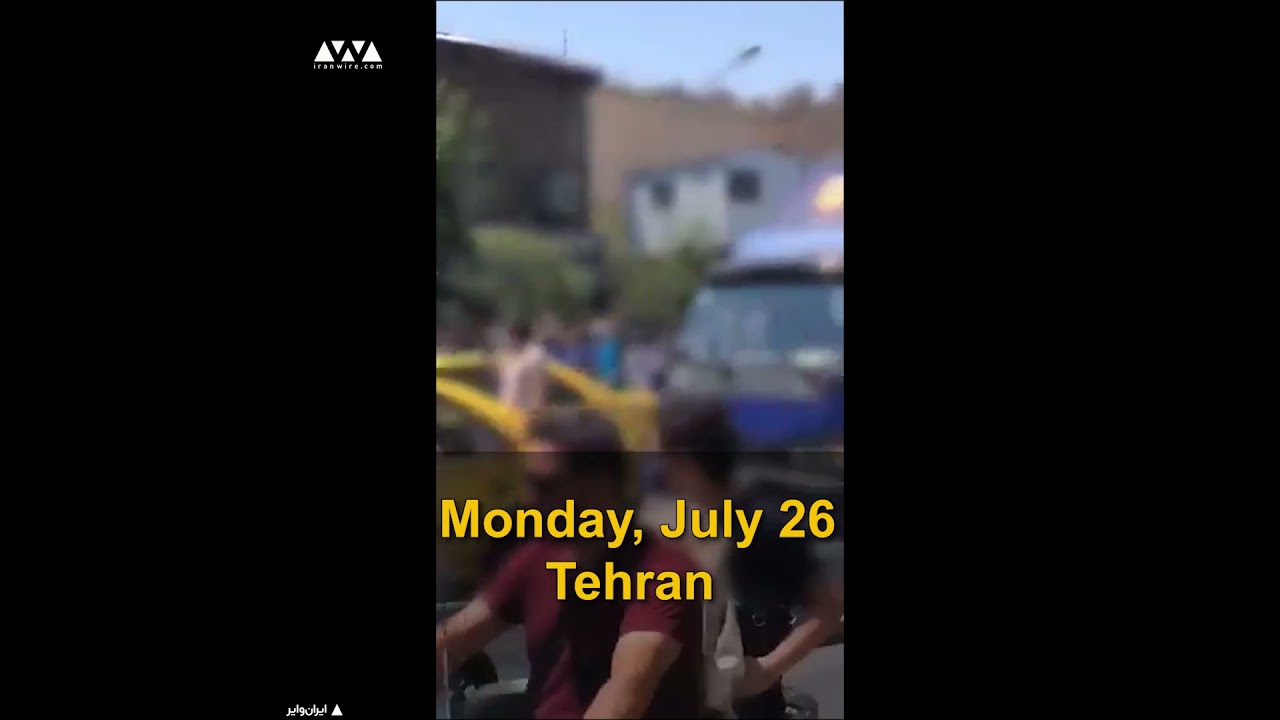 Other chants heard in Tehran on Monday included “Neither Gaza nor Lebanon, my life for Iran” - a slogan popularized during the 2019 nationwide protests, referring to the Islamic Republic’s financial and military aid to Shia militias, extremist groups and Lebanese Hezbollah, the latter of which IranWire has learned is also receiving Covid-19 vaccines from the Iranian state - and “Death to the dictator”.

Last week, a group of activists in the capital had rallied in front of the Interior Ministry in support of the water protests and condemned police violence against civilians. At least 10 people have been killed by the security forces in Khuzestan and Lorestan alone since July 15.

Passengers at Sadeghieh metro station in Tehran had also staged an impromptu protest last week, chanting “Death to the Islamic Republic!” as well as “Death to Velayat-e faqih”, referring to the principle of “guardianship of the Islamic jurist” that underpins policymaking in Iran.

Residents of Tehran reported that a “security atmosphere” was imposed in parts of the Iranian capital in the aftermath of the march. Evening commuters said they had been pulled aside by security agents inside metro stations, and their mobile phones and belongings searched.

“As I left Enghelab metro station they pulled me aside and searched my backpack,” one person tweeted. “I had a few books and a couple of ping pong paddles. They gave me a careful look and threw my backpack back at me."

Even as the protests in Jomhouri Avenue and the mall were in progress, residents in some parts of Tehran reported that their cellphone network connection had been disrupted. 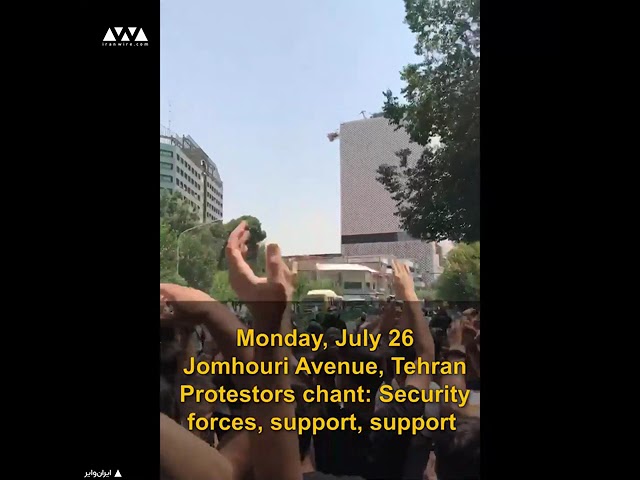 One Iranian citizen also tweeted that Tehran’s Metro Line 4 had been bypassing Darvazeh Shemiran and Ferdowsi stations, ostensibly because of “technical problems”. But they added: “Everybody knows it's because of the protests.”

After the protests subsided, Hamid Reza Goodarzi, Tehran province’s deputy governor for security affairs, conceded in a short statement: “There were problems with the electricity at Aladdin Mall and it was cut off. This caused a little bit of discontent but the electricity was restored after an hour.”

Despite the attempt to downplay the business owners' demonstration, he went on to add that security forces were trying to identify “anti-government protesters.”

Footage of protests held in solidarity with the Khuzestan protesters meanwhile surfaced from the cities of Tabriz in East Azerbaijan, Saqez in Kurdistan, Bojnourd in North Khorasan, and Alborz province.

The water crisis in Khuzestan goes back many years, but has been especially serious this summer. Locals are not only dealing with dangerous shortages of drinking water; the millions who make a living from agriculture and animal husbandry have been dealt an immeasurable financial blow.

What Role has Ayatollah Khamenei Played in Iran's Blackouts?