Last week a video capturing the violent detention of a woman in Tehran sparked outrage on social media. The head of Tehran’s security police has said the two officers involved – who shoved and dragged a screaming woman into a van using a dog catch pole, and with such force that her head struck the vehicle’s exterior – had been subjected to disciplinary action. 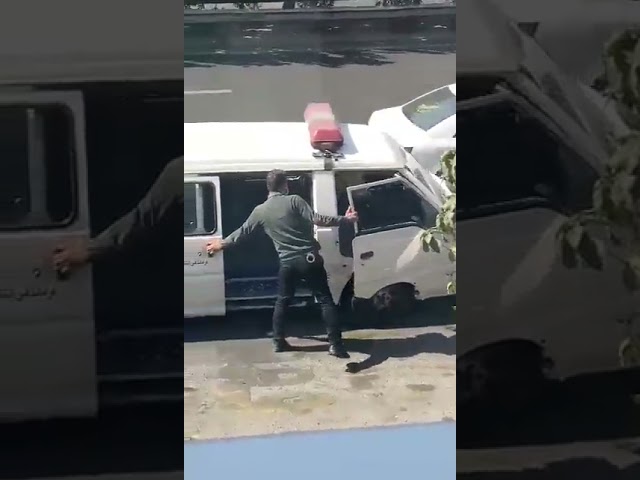 This did little to quell the tide of public anger aroused by the clip. Other Iranians have since weighed in online, sharing their own experiences of police brutality and harassment in the capital, including by the so-called morality police.

One social media user named Raheleh Homaie, who left Iran in 2007, said she hadn’t regretted “one single moment” since emigrating. In a series of tweets, she recounted how she was once arrested in Tehran with three friends – one girl and two boys – and taken to the Islamic Guidance Patrol’s Vozara detention center.

“One winter afternoon,” she wrote, “while I was in high school, they took me to the Vozara [detention] center. The reason? Walking with a boy! They took all four of us: me and my friend, she and her friend. Before they filed the case, a woman came into the room and said: ‘Aren't you ashamed in front of your father? You got a boyfriend?’ and slapped our faces. My whole face, my mouth and teeth, were hurt."

The baseless case, Homaie wrote, had ended up in a courtroom. There, the teenagers were interrogated in front of their parents, asked such questions as: “Did you have sex in private? Has the act of penetration occurred?". One of the “conditions” of the case, she said, was a virginity test, but her father thankfully refused to give consent.

Other Iranian Twitter users had experience of being held at Vozara detention center. One wrote: “They took me to the Vozara center in May 2015. In the van, the agent asked me: 'Are your eyelashes artificial?' I said ‘No!’ 'What about your hair?' I said ‘No!’ She said: ‘Thank God!’ Then they took us to the detention center, where the men stared at us; those inside were more unsafe and dangerous than the men outside."

Another social media user using the moniker “Petunia” wrote that she had had so many run-ins with the morality police she no longer bothered to recall them. “Among the reasons I was arrested by the patrol: inappropriate hijab, torn pants, colored mantle, cycling, walking with a boy, driving with a boy, traveling with a boy, going to a party with a boy, and... from my father's point of view, I’m to blame,” she wrote.

Many Iranians had experiences of being attacked by the morality police for attending gatherings in the city. One person described what happened after they had a friendly reunion with their high school classmates on being accepted into university. The group of boys, they said, were chatting in the car when police pulled them over.

“We were just talking about the university and life,” they said. “No smoking, no liquor. We didn't even listen to music. We were just talking... Just talking! We were sure we weren’t doing anything wrong, and we didn’t go too fast. But the patrol car approached us, got in front and told us to pull over.

“We stopped. They told us to get out. Our pockets were searched. They opened one of our bags; there were just books, pens and paper. They opened the car ashtray and there was a cigarette filter in there, from a few days ago.

“They asked 'Whose is this?’ It wasn’t ours. He told the agent to smell our clothes. No –  it really wasn't ours! He sat behind the wheel and turned on the car tape player. It was Dariush singing. He turned up the volume. He told the other agent to get on the radio and report that the car speakers were too loud. He looked at us and said: ‘This car has to be clamped.’"

Another user had a similar recollection: "We, five boys, with perfectly appropriate appearances, were arrested on leaving a restaurant. They beat us for as long as they felt like it. Our only crime was that five boys wanted to sit in a car together!" Some 23 years later, he said, remembering this incident still filled him with “anger and hatred”.

The video released last week was reminiscient of another that went viral in 2018, in which a young woman was seen being slapped in the face and wrestled to the ground by female agents. The then-interior minister ordered an inquiry into the incident, the results of which were never announced. And it appears little has changed since then.

"Last night,” one Twitter user bitterly wrote, “when they said on the news that they’d punish the officers who beat that woman, I laughed and said, 'Wait for it; tomorrow they’ll pin four more accusations on that woman'... The patrol in the video was from Islamic Guidance, but the security police. So be aware, they might bring her onto the news in a televised confession."

The same user said she had faced the ire of the Islamic Guidance Patrol back in February 1997, at a time when she was also pregnant. “We were coming back from the third ceremony for my husband's father’s funeral,” she said. “We were in black and mourning. I was six months pregnant and they [the morality police] wanted to put me in their minibus. My mother shouted so loudly in the middle of the street that they let me go. It wasn’t really important to me; I wanted to see how far they would go. Twenty years later, I know how appalling they are."

Who Are the Officers in Black Hoods Beating People on the Streets of Iran?

Who are the Real Criminals in Tehran's Crackdown on Dog Walkers?