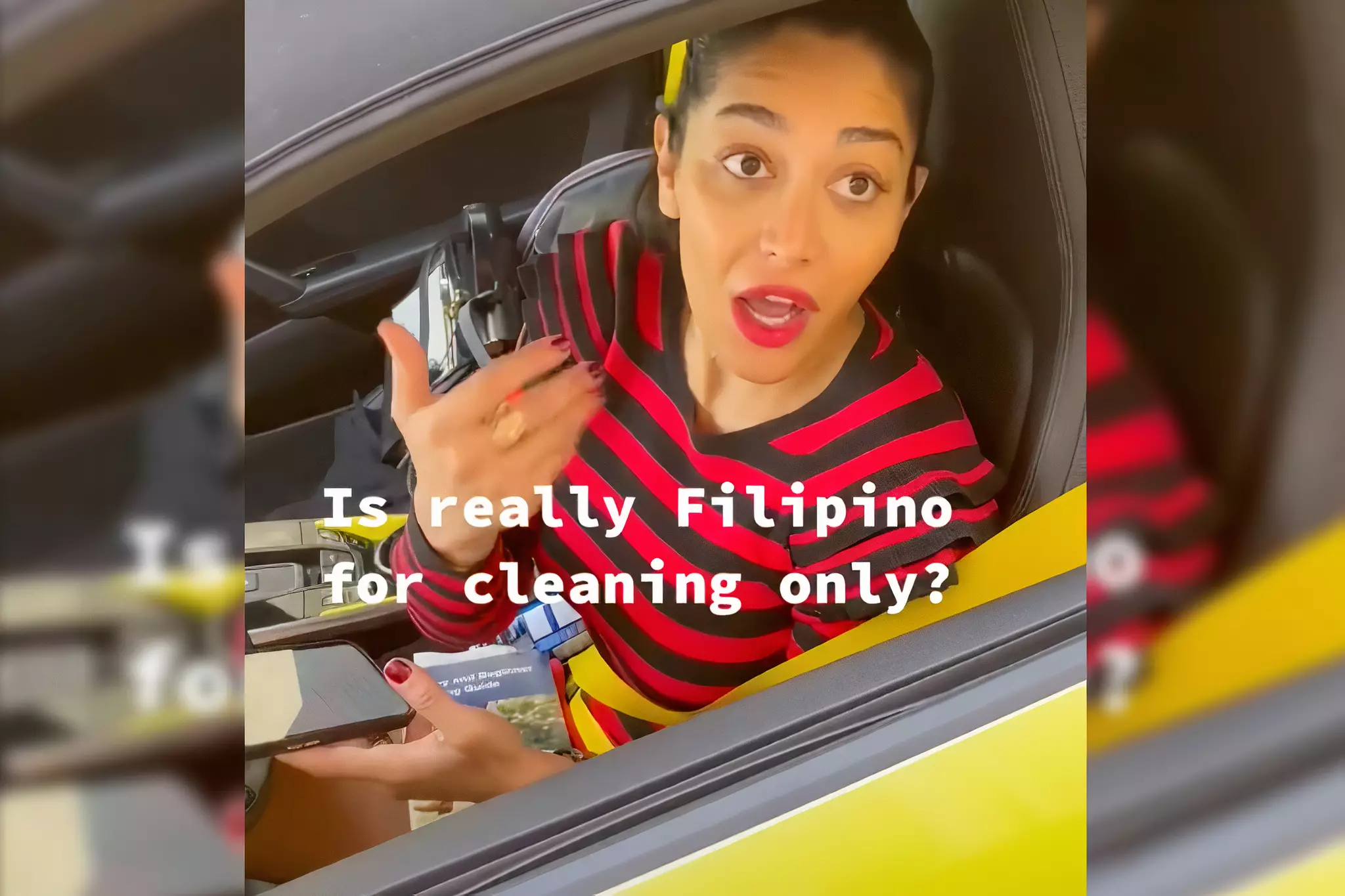 Recently video footage emerged showing an Iranian woman racially abusing Filipino staff at a Tim Hortons fast food outlet in Toronto, Canada. The clip went viral and led to both the customer, Shaghayegh “Sherry” Mostafavi, and her husband receiving death threats. But it also brought to the fore the issue of racism between and targeted at different immigrant communities.

In the video Mostafavi, who owns a ball gown and wedding dress boutique in Toronto, was seen waiting for coffee in a yellow Porsche J-Class. Asked by a staff member to repeat what she just said about Filipinos, she says, smirking: "Just clean the house. Why are you working at Tim Hortons? Just change the sheets, wash the washroom. I’m on the line with head office. Just serve the coffee, this is your job.”

Furore after the clip was published prompted Mostafavi to apologize, via a post on her fashion business’s Instagram page. “I want to apologize to the Filipino community for the inappropriate comment,” she wrote. “I can imagine you're so disappointed.” An informed source told IranWire that her husband Payvand Jalili had been dismissed from work, while some individuals in Toronto sent the couple death threats after their address was shared online.

Mervin, a Filipino-Canadian engineer based in the country, told IranWire: "The Filipino-Canadian community was very upset to see this video. Since the beginning of the Covid-19 pandemic, this community, like the rest of Southeast Asians, have suffered from racism, with ignorant people blaming them [for the outbreak]. But the video has angered Filipinos because the woman – whose accent shows that she too is an immigrant – has given herself the right to insult another immigrant.

“I personally feel sorry for this lady. It just shows her ignorance of Canadian society. Our company has engineers and employees of 35 different nationalities, and this is not unusual in Canada. Previously, one of my bosses was Iranian-Canadian and the other was Pakistani-Canadian. The founder of our company is also Indian-Canadian. Two Iranian-Canadian engineers are working under my supervision. Whenever I see a Filipino, an Iranian or any other person from any country insulting another, I just feel sorry for them. They don’t enjoy the full potential of this beautiful country we have all chosen to live in."

Shaghayegh Mostafavi is also understood to be the daughter of Maryam Rezaei, the owner of Mary-am Suites – a set of furnished apartments for short-term rental – in Toronto. In a 2009 interview, Rezaei said hers was the first accommodation provider in the city specifically catering for new arrivals from Iran. Mostafavi has been working as customer services manager for some time now.  An immigration consultant who spoke to IranWire said her disagreeable treatment of Iranian newcomers to Toronto who stayed at Mary-am was well known locally.

The video has also compelled some self-reflection among Iranian-Canadians. But one viewer, an estate agent who has lived in Toronto for more than 32 years, told IranWire: “We Iranians are more racist towards each other than any other people in the world. That is to say, we hate ourselves more than citizens of other nations. What Shaghayegh Mostafavi did was very strange and unprecedented: in the years I have lived in Canada, such an encounter between an Iranian and other migrants has never been reported."

In their 20 years of experiencing working with people of different nationalities, they said, they had also only been the victim racism once: "I was buying a house from a Canadian and went to see them. The owner's wife told me she would not sell the house to a terrorist, which shocked me. But in 20 years, just one person has treated me like this."

Why do Some Migrants Turn on Their Compatriots?

Pegah Bani Hashemi, a civil rights activist and lawyer, told IranWire that immigrants' perceptions of one another in destination countries cannot be generalized. “I don’t see any absolutes in this regard,” she said. “The issue of racism in the United States is also one that, after years of struggle, we still see in layers of established society.”

The solution, she said, is proper education: leading to the question of whether enough has been done in Iranian culture and society to prevent racism. “We’ve not seen any training in general,” Bani Hashemi said, “while a large part of Iranian society has emigrated.” Part of the reason they might direct racism at others, she said, was: “A migrant, going through the many fears and pressures of migration, wants to discharge their sentiments onto others. Those with lower cultural literacy are more likely to be affected: it’s most visible when they act as a representative of one class against another.”

What rights and forms of recourse do victims of racism have at their disposal? “A person who has been subjected to racist behavior has both legal rights, and the court of public opinion,” Bani Hashemi said. “Public opinion is currently in a very sensitive state, especially in countries such as Canada, where some businesses are dependent on migration. Countries like the US and Canada were built by immigrants. Migration is the issues of this century, and people around the world have to accept it. Neither can Iran stop the arrival of Afghans, nor can Europe stop the immigration of citizens of the Middle East.”

Countering anti-migrant racism is also a perennial problem, no matter how much host countries prepared by educating citizens and welcoming newcomers. "Unfortunately,” notes the Toronto-based journalist Mohammad Tajdolati, “among those who arrived [in a new country] years before the latest generation of migrants, there’s a growing sense of anti-immigrant sentiment toward even their own compatriots. Some people feel only they were eligible for migration. It’s less of an issue if the new arrivals are in the upper socio-political classes, but if they’re from lower strata of society the situation is different. This feeling is clearly present among some in the Iranian migrant community.

“Racism towards your compatriots is different from racism towards others. Many migrants become hostile to foreigners after moving. During the coronavirus pandemic, some Iranians displayed similar, unreasonable ill-feeling towards the Chinese community by boycotting Chinese shops and clashing with individuals.”

In its latest report in the fall of 2020, Statistics Canada noted worsening discriminatory behavior between and among different population groups during Covid-19. "In recent months, the difficulties faced by several groups of Canadians based on their identity (e.g., race or skin colour, Indigenous identity, ethnicity or culture, age, gender, disability) has become an important topic of conversation. The Covid-19 pandemic has intensified pre-existing inequities in Canadian society.” Since the outbreak of coronavirus, the report found, more than a quarter of all those surveyed reported having been discriminated against.

What Treatment Can Fleeing Afghans Expect From Iran?

The Never Ending Saga of Iranians and Racism

The Islamic Republic of Hypocrisy and the Killing of George Floyd

Poisoned Letters: The Firebrand Killed in Prison for Writing to Khamenei