Two years have passed since the security forces of the Islamic Republic brutally suppressed peaceful protests by the Iranian people in November 2019, killing a reported 1500 citizens, according to Reuters. On the second anniversary of this massacre, the families of those who were murdered are now facing yet more pressure from the regime, which wants them to stop speaking out about what happened to their loved ones.

Zahra Parvini is the mother of Amirhossein Zarezadeh, a 19-year-old boy who was shot dead that November. She reports that 50 security agents were present at an event held for her son’s anniversary on November 18. When she left, she said, security forces followed the family’s car halfway back home.

Parvini says she will not agree to any terms imposed by the Islamic Republic on the families mourning the deaths of their children in public. “I will write everything on a banner,” she said in an Instagram livestream. “I will write that Khamenei is responsible for the murder of our children.” 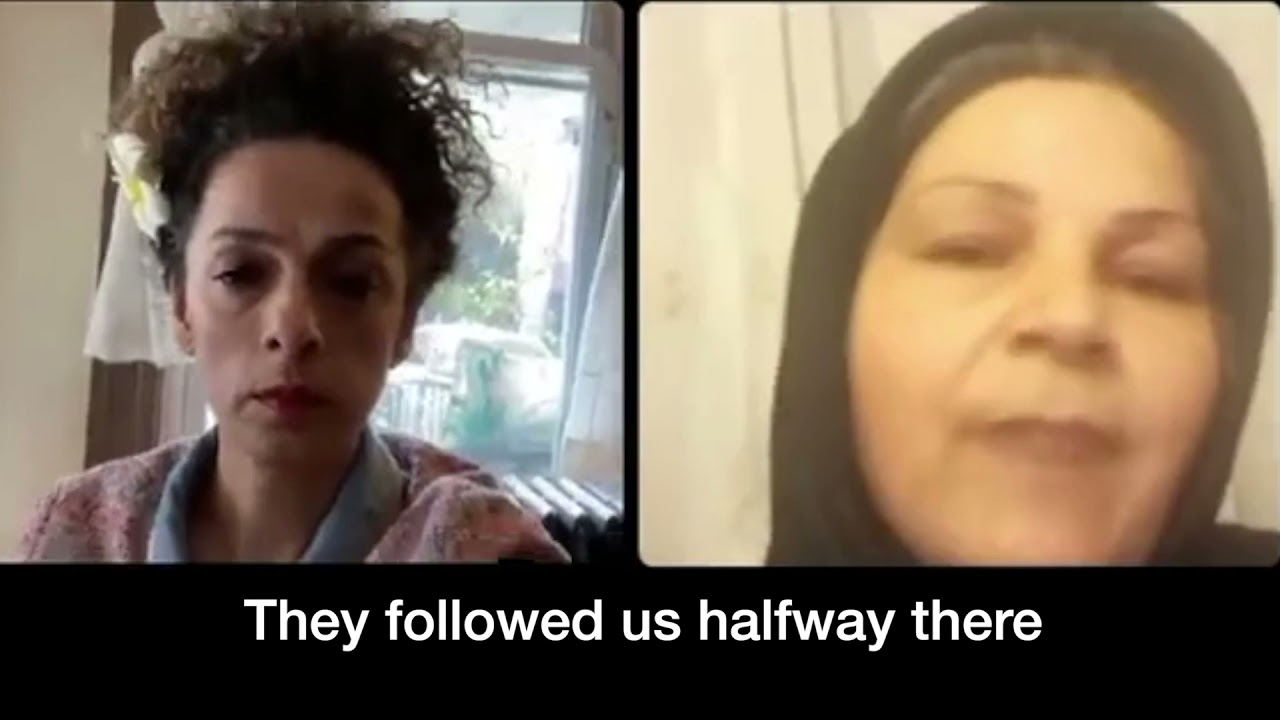 Another commemoration event was held on November 18 in the village of Malat, Gilan province, where Pejman Gholipour, an 18-year-old boy killed by five bullets fired by security forces in 2019 is buried. The heavy presence of police and security forces was reported there too. Mahboubeh Ramazani, Pejman’s mother, sobbed aloud over her son’s grave: “God, they say heaven shakes when a mother cries. I have been crying for two years. Why can’t you see me?”

The person who recorded this video said that that day, the village was full of police and security agents. “They arrested people and confiscated phones. Then they closed the roads in and out of the village. Officers were present in numbers and no one dared to record them. I sent this clip to a family member as soon as I filmed it in case one of them forced me to delete it, which was indeed what happened. I recovered it later from my family.” Despite the constraints, they said, many people showed up to pay their respects.

Mahboubeh Ramazani herself and her family were also temporarily detained. They were released later, but their cell phones were not returned to them.

Elsewhere in Karaj, Mahnaz Karimi, the mother of 29-year-old Vahid Damvar, who was killed with a shot to the neck fired by Basij forces, said a security agent had been posted in front of their house starting a week before the anniversary of her son’s death. The authorities, she said, were upset by the picture of Vahid the family had printed on a banner and hung from the roof. Eventually they took it down while Vahid’s relatives were not at home, having accessed their roof via a neighbor's house.

“They don’t want us to so much as hang their pictures,” Mahnaz told human rights advocate Masih Alinejad in a livestream on Instagram. “They are afraid of the dead.” On the day of the anniversary, she added, security agents were also out in force at her son’s grave, filming the people who attended in a bid to intimidate them. They frisked Mahnaz and other family members, and confiscated their cell phones to stop them from recording at the graveside.

In the aftermath of November 20, a group of more than 20 bereaved mothers came together in search of accountability for their children’s deaths. Initially they were widely dubbed the “Mourning Mothers”: grieving parents who had found comfort and solace in one another. Now group members have styled themselves the “Mothers for Justice”. They wear dark blue bands around their wrists as a symbol of their demand.

Sakineh Ahmadi, the mother of 30-year-old Ebrahim Ketabdar, a bystander shot dead during the protests, reported that security agents forcefully cut the blue band from her wrist during a commemoration in Karaj.

The same happened to Mahnaz Karimi, who was told by the officer involved that he would note the blue band on her “criminal record”. She replied that this didn’t scare her: “I’m not afraid of prison. I’m not afraid of death." 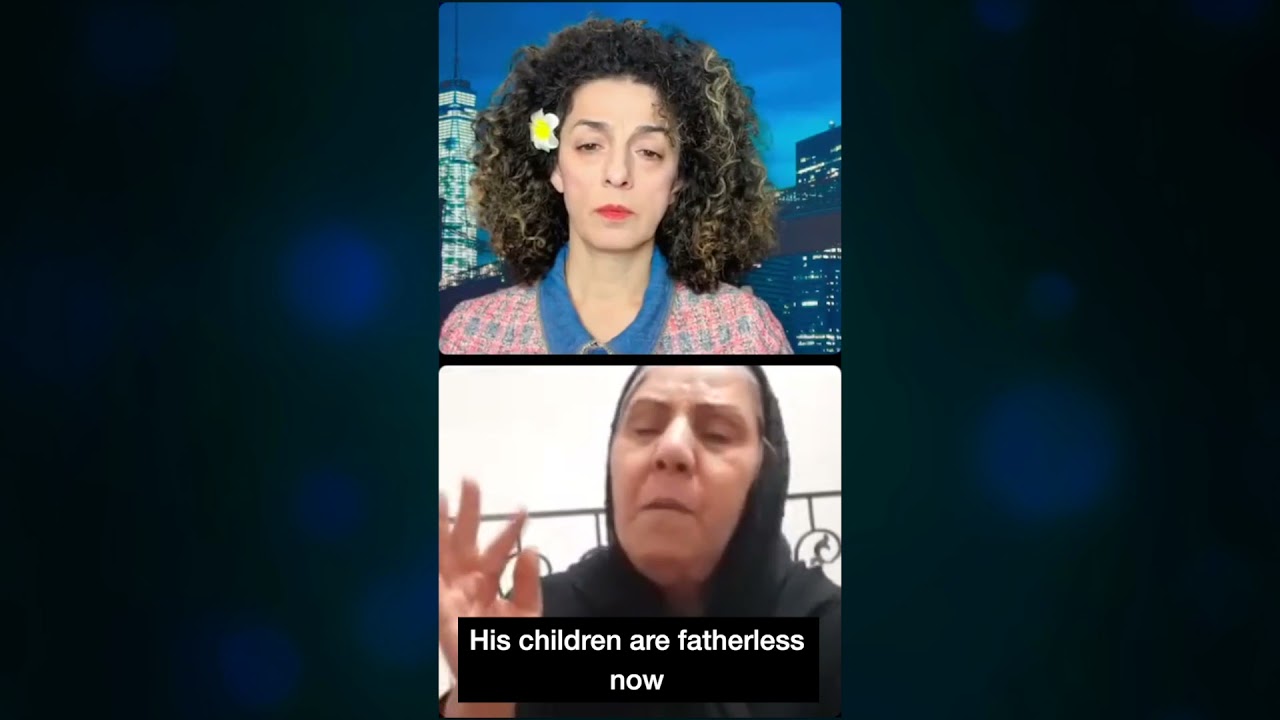 The Islamic Republic has sought to bar families from talking to the media outside the country. Those who do so anyway face the prospect of arrest and imprisonment. Among the November 2019 victims’ family members currently behind bars are Manouchehr Bakhtiari, the father of Pouya Bakhtiari, Mohsen Ghanavati, the brother of Mohammad Hossein Ghanavati, and Badrieh Hamidavi, the mother of Ali Tamimi. Others report being told that if they gave interviews to media outlets outside Iran, their other children could “meet with an accident”.

The question these families have been asking for two years now, to no avail, is simple: Why were their children, attending or passing by a peaceful protest, bearing no arms, shot and killed? And why has the murderer not been held accountable? The families’ so-called “crime” is their demand for justice and accountability: nothing more, nothing less.

The November 2019 Protester Killed Three Days After His Wedding

Mother of Slain Protester: I Want Justice For My Son

Brother of November 2019 Victim Arrested in Raid on Family Home

Aban Tribunal Witnesses and Families are Being Harassed Inside Iran

Aban Tribunal: "One Day They'll Have to Cover Their Faces"

Aban Tribunal: What the Basijis Saw

Brother of November 2019 Victim Arrested in Raid on Family Home

Jailed Father-of-Two on Hunger Strike: "Either I Leave or my Body Does"

Aban Tribunal Witnesses and Families are Being Harassed Inside Iran