Devastated Mother Asks: “What Were You Afraid Of When You Shot him?”

Shima Shahrabi
5 min read
Reza was killed while participating in a protest in Kermanshah.
Reza was 22 when he died on September 20.
Reza was hoping to go to college when he passed away.
Reza’s mother says he was unemployed when he joined the protest.
Reza and her twin sister, Narges, with their parents.

“My twins were born on March 22, 1999. I only had this daughter and this son. They killed Reza,” says Ebtehaj Azizi, who immediately bursts into tears.

Twenty-two years old Reza Shahparnia was shot dead during a protest in the western city of Kermanshah.

“They killed my son on September 20,” she tells IranWire. “My Reza was the first martyr after Mahsa Amini,” whose death while in the custody of morality police triggered the wave of nationwide protests.

IranWire’s conversation with Azizi was interrupted repeatedly by her cries. She has now been mourning her son for more than 40 days.

“Reza was 22 years and six months. He was discharged from military service almost a year ago. Since then, he did everything he could to find a job. He worked in a shop for a couple of months but the salary was not worth it, so he left. He applied for jobs many times but it didn’t lead anywhere, and then, on September 20, they shot him.”

“I hope to god that Reza becomes the 24-hour nightmare of the one who gave the order to shoot and the one who shot him,” Azizi says with a trembling voice.

Reza and his twin sister Narges celebrating their 18th birthday.

Then, she murmurs as if she was talking to herself: “He wanted to take pre-entrance college exams this year. He didn’t go to college. He had a high school diploma in literature and humanities. My son loved history. His general knowledge was so good...”

She leaves her sentence unfinished and adds: “I’m not saying this because I am his mother, but he would win every argument. My son knew Quran by heart and was a wrestler. Now my lovely young son is in his grave. I want to ask: ‘My son’s hands were empty; what were you afraid of when you shot him?’”

Aziza bursts into tears when she recalls the last time she saw Reza: “One of our relatives had passed away and, on the 20th, we went to his burial services. We were together. At dusk he left us but did not say where he was going. I waited untill 9 p.m. but he didn’t come back. I called his mobile phone but he didn’t answer. By 10 p.m. I start worrying. We left home and went to the places where they were protesting.”

The family could not find Reza, so they called his friends: “They all said they had not seen Reza. We first went to the city police headquarters, and then to the grand mosque. They said we should go to a police station close to the Nobahar intersection.”

The police officers told Reza’s mother that nobody had been killed or even injured that night: “They were lying. During the protests held in Kermanshah that night they had killed both Reza and Ms. Minoo Majidi.”

After leaving the police station, the family went to Taleghani Hospital: “They said that two bodies were there, a man and a woman who seemed to be in their 30s. I did not even want to see the body. I said: ‘No, it is not my son. He is 22 years old.’”

On the morning of September 21, the family went to the headquarters of the Intelligence Bureau: “I thought that, perhaps, the Intelligence Bureau had arrested my son. There was a lady there who told me: ‘If you had kept your son at home you wouldn’t be in this situation now. I kept my son at home.’ I said: ‘How can I keep my 22-year-old son at home? Maybe your son stayed at home because he didn’t need anything. My son was looking for a job.’”

In the afternoon, a person claiming to be from the police investigations department called Reza’s mother: “He asked if my son participated in riots. I said ‘no’ and he said ‘goodbye.’”

Reza’s body was sent to the family the day after it was identified: “They delivered the body fast but said that we must quickly bury him.”

Reza’s death certificate indicates says he died after being “hit by sharp or hard objects,” while the burial permit cites two other causes for the death: “profuse bleeding” and “damage to internal organs (lungs, heart and liver).”

Reza was buried on September 22, 2022, in Kermanshah’s main cemetery.

Reza was buried on September 22.

The funeral was attended by his devastated parents, his twin sister Narges and family friends. 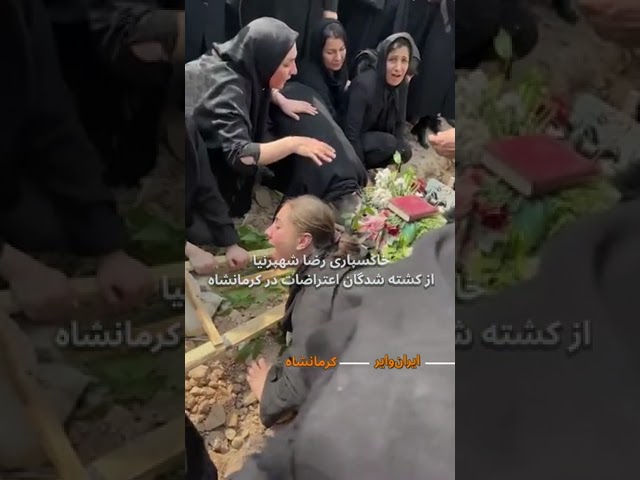 Reza’s mother says that, after more than 40 days, nobody has explained how and why his son was shot dead: “It’s like he was not a child of this country. On Friday 28, we held ceremonies for the 40th day after his death and we went to his graveside. People came and chanted slogans. Many, many plainclothes officers were surrounding us and continuously urged us to end the ceremony quickly. The ceremony ended halfway because we didn’t want anybody to get hurt. They all came there for Reza, and I did not want any of them to end up like Reza.” 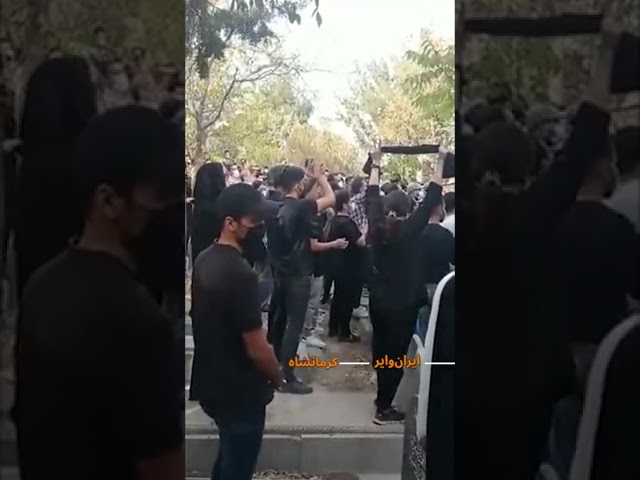 Reza’s family went to the Nobahar intersection where they were told Reza had been shot, but no witness could be found: “There were no witnesses. Locals say nobody was killed there. We have no idea who shot my son or when. What were they afraid of when they shot him with birdshots? All our questions remain unanswered.”

I ask Azizi if she has filed a complaint. She answers immediately: “No. Who can I complain to? Complain to the police? To the murderous police?” 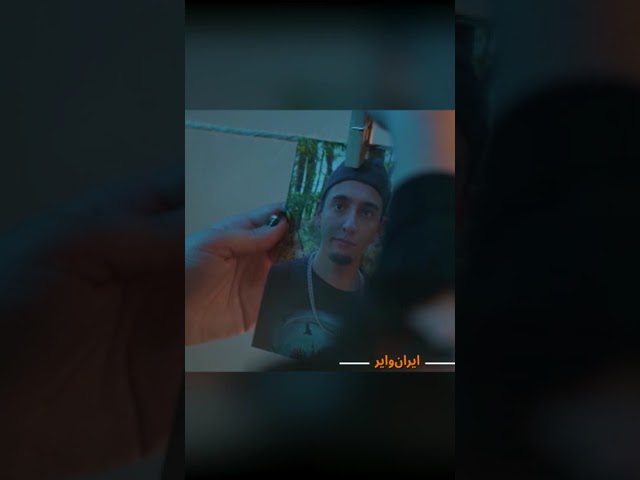 The Iranian Government’s Pick for Head of the Football Federation

Iranian Officials Say No To Constitutional Reform, Amid Popular Calls For Change

The Iranian Government’s Pick for Head of the Football Federation

Iranian Officials Say No To Constitutional Reform, Amid Popular Calls For Change