A new short video released by Iran’s Revolutionary Guards says Jason Rezaian, the jailed Washington Post correspondent, had an extensive network of spy contacts at the time of his arrest in July 2014. The propaganda clip — which is poorly produced and full of meandering non sequiturs — was circulated by the Guards and posted on YouTube. It attempts to make the case that Rezaian built up a list of contacts to help him carry out elaborate espionage operations, enabling him to pass classified information to American and European officials.

Contrary to statements made by Rezaian’s family, lawyer and colleagues, the film argues, albeit unconvincingly, that not only was the journalist acting illegally at the time of his arrest, but that he had been privy to plans for unrest following the 2009 disputed presidential election — dubbed “the Sedition” by the Guards and hardliners — and was part of a larger, US-led operation to undermine the Islamic Republic and turn the public against the regime.

Rezaian was arrested at his home in Tehran in July 2014, together with his wife Yeganeh Salehi, who was later released.  He was held for months without being informed of the charges against him. Eventually, on April 20, 2015, he was formally charged with espionage, “acting against the holy Islamic Republic,” and “endangering national security.” His trial has taken place behind closed doors in three separate hearings. The latest trial took place just hours before nuclear talks were due to wrap up in Vienna.

The film finishes with attacks on Roxana Saberi, an Iranian-American journalist who was imprisoned in Iran for three months in 2009 and was accused of espionage, and IranWire’s Maziar Bahari, whose imprisonment and torture was the subject of the film Rosewater, directed by Jon Stewart. Images of Stewart also appear in the film, though the reason for this is unclear. The video portrays Bahari and Saberi as two examples of spy-journalists who betrayed the kindness of the Iranian government that arrested and later released them. It argues that Bahari and Saberi’s “animosity towards the Islamic Republic has increased after being given their freedom,” and implicitly warns of the negative consequences of releasing Jason Rezaian. 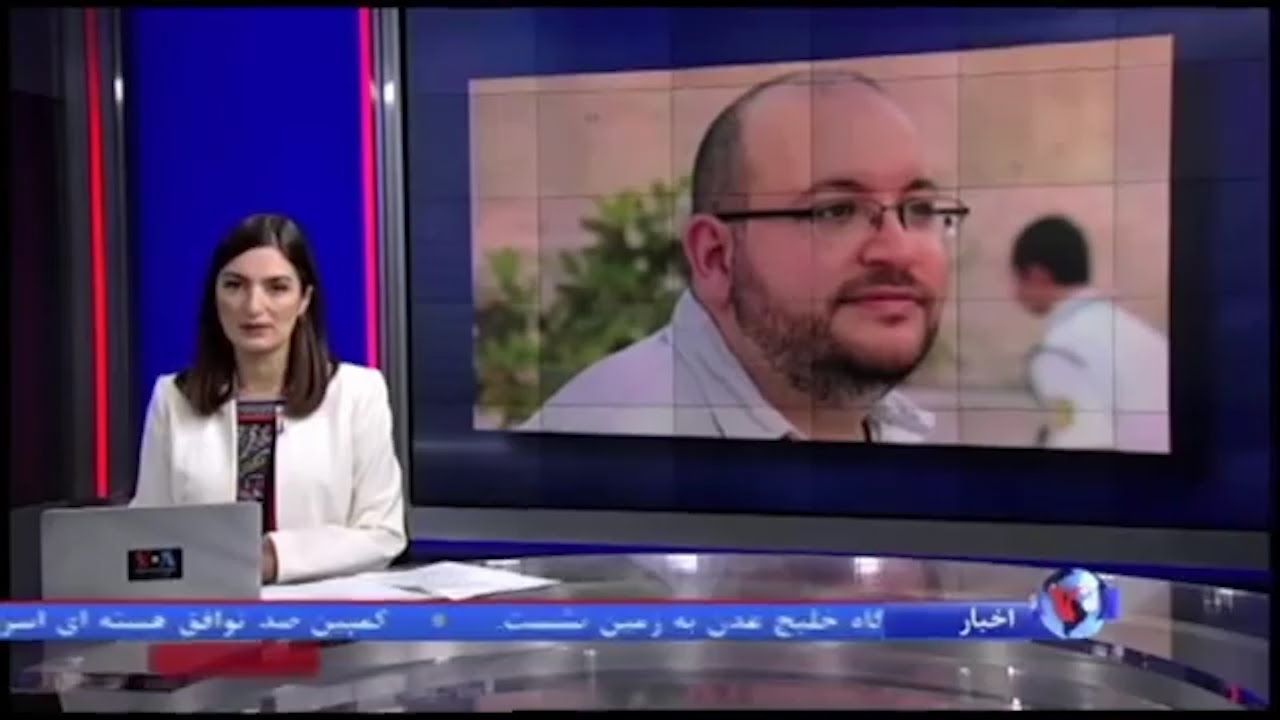 IRGC Arrests Pro-State Telegram Channel Operators in 'Warning to Others'

Is a New Chapter Beginning in the Tussle Between Iran and Israel?

No Questions Asked in TV Coverage of Maduro's Iran Tour

Blood-Soaked Fatwas: How Khomeini Turned Homicide Into Policy in Iran