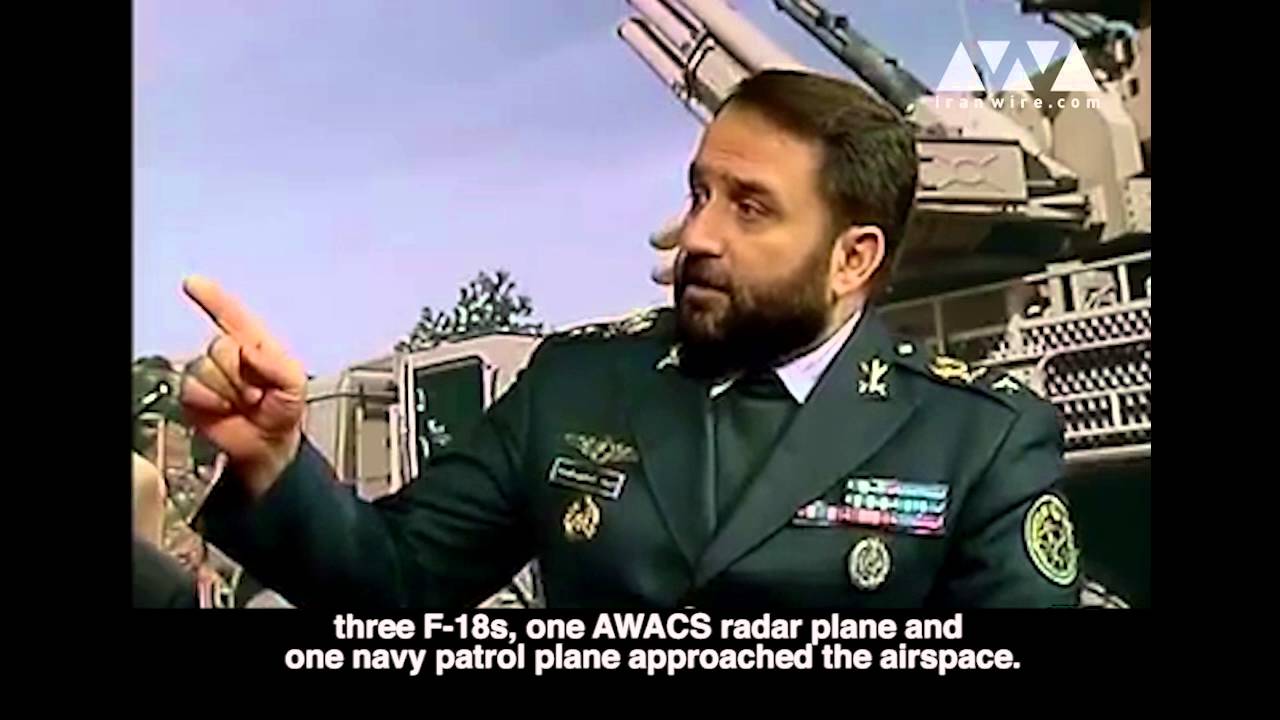 On Sunday, February 7, Iran’s state television broadcast footage of an exchange between US F-18 fighters and Iran’s air defense system near Farsi Island in the Persian Gulf. Although the clip features genuine images from January 12 — when Iran’s Revolutionary Guards naval unit arrested 10 American sailors — parts of it have obviously been altered to present a more dramatic version of events to the Iranian public.

The footage, aired by Islamic Republic of Iran Broadcasting (IRIB), shows the American pilot in charge of the F-18 fleet announcing their approach to Farsi Island to support and rescue US military patrol boats. The Iranian air defense center warns them to leave the area as quickly as possible and that their personnel will provide the necessary help to the captured sailors.

In parts of the clip broadcast on Iranian TV, the voice of the US pilot has been superimposed onto reconstructed images of the cockpit of an F-18 fighter to give it a real feel.

Although the Iranian authorities warn the Americans at the beginning of the footage, the overall tone of exchange is not hostile, with the US pilot thanking the Iranians toward the end of the clip.

But General Farzad Esmaili, commander of Khatam al-Anbia Air Defense Base, presented the chain of events as more serious and threatening to the Iranian TV audience. “At first the Americans failed to reply to the warning that they must leave the airspace around Farsi Island. But when they noticed that our missile systems were ready and were locked on them, they immediately responded. They had less than 30 seconds to reply, after which we would have definitely fired missiles. We were not bluffing.”

“They were warned from both Bandar Abbas and Bushehr [command centers] and the Revolutionary Guards’ missile installations were mobilized as well,” the commander said. “They realized they were being targeted by 10 or 12 missile. We told Farsi Island to shoot any plane in its airspace, and to fire at will.”

General Esmaili also challenged the assertion that the US aircrafts would have been able to assist the patrol boats. “F-18 planes are unable to rescue boats on the sea,” he said. “It was clear that they had come to provide air cover, and to intimidate.”

On January 31, Iran’s Supreme Leader Ayatollah Khamenei awarded Iran's highest military honor — the Fat’h (Victory) medal — to five Iranian commanders who captured the US sailors, saying the way they handled the event was “the work of god.” He also made reference to the American sailors’ vulnerability, implicitly expressing pleasure that the Guards had forced the captured sailors to hold their hands over their heads while squatting down.

The Guards released the sailors less than 24 hours after the initial arrest. According to the US navy, at the time of their arrest, the sailors were navigating the two US patrol boats from Kuwait to Bahrain, home to the US Fifth Fleet, which deals with naval operations in the region.

Since January 12, Iranian state media have published regular articles and commentary on the incident, emphasizing Iran’s military might in the Persian Gulf, its readiness for military confrontations and its continuing hostility towards the US government.

Iran, Saved from the Brink of Crisis