“There were 136 victims of Kahrizak, and 124 of us complained,” says Majid Abedinzadeh Moghadam, referring to an infamous prison in southern Tehran where prisoners were tortured following post-election protests in June 2009, and several prisoners died from mistreatment and neglect. Moghadam was one of 124 people who subsequently filed a complaint about his treatment despite various threats and promises from Iranian authorities. Moghadam was sentenced to six years in prison following a forced confession, and he still suffers from the mental trauma of his detention at Kahrizak. “We were tortured just as much as those who were killed,” he says. “And we experienced the pain of their deaths and the fear of dying. This pain is still with us.”

Moghadam puts me in touch with another former inmate. “Contact Masoud Alizadeh,” he suggests. “They tried to kill him. He survived with difficulty. Alizadeh, it turns out, has pursued his complaint about Kahrizak for years. He received threats but did not take them seriously. Then one night someone stabbed him, injuring his spleen and diaphragm.

- a view from outside Kahrizak Detention Center

Mortazavi and Other Culprits

Alizadeh says he cannot forgive Saeed Mortazavi, who was Tehran’s prosecutor at the time. But he also resents that only Mortazavi has faced accusations over the terrible events of 2009. “Mortazavi sent us there by force,” he says. “But Mortazavi was not the only culprit. He did not have executive power.” Alizadeh wonders why nobody questions General Ahmad-Reza Radan, Tehran’s police commander, and Esmail Ahmadi-Moghaddam, Iran’s national police chief.

Alizaedeh still remembers the abuse at Kahrizak vividly. “The guard officer threw me to the ground,” he says. “He hit me hard in the head several times with a big padlock. In the struggle, my pants fell down, and I saw that I was naked in front of everybody. My eyes were closing and I felt that I was going to die. I told myself not to give in to death. When I opened my eyes, my body was covered with blood and wounds and my clothing was in shreds. I do not know how many hours I was unconcsous. I only know that when I came to, the other prisoners were sitting around me and crying.” 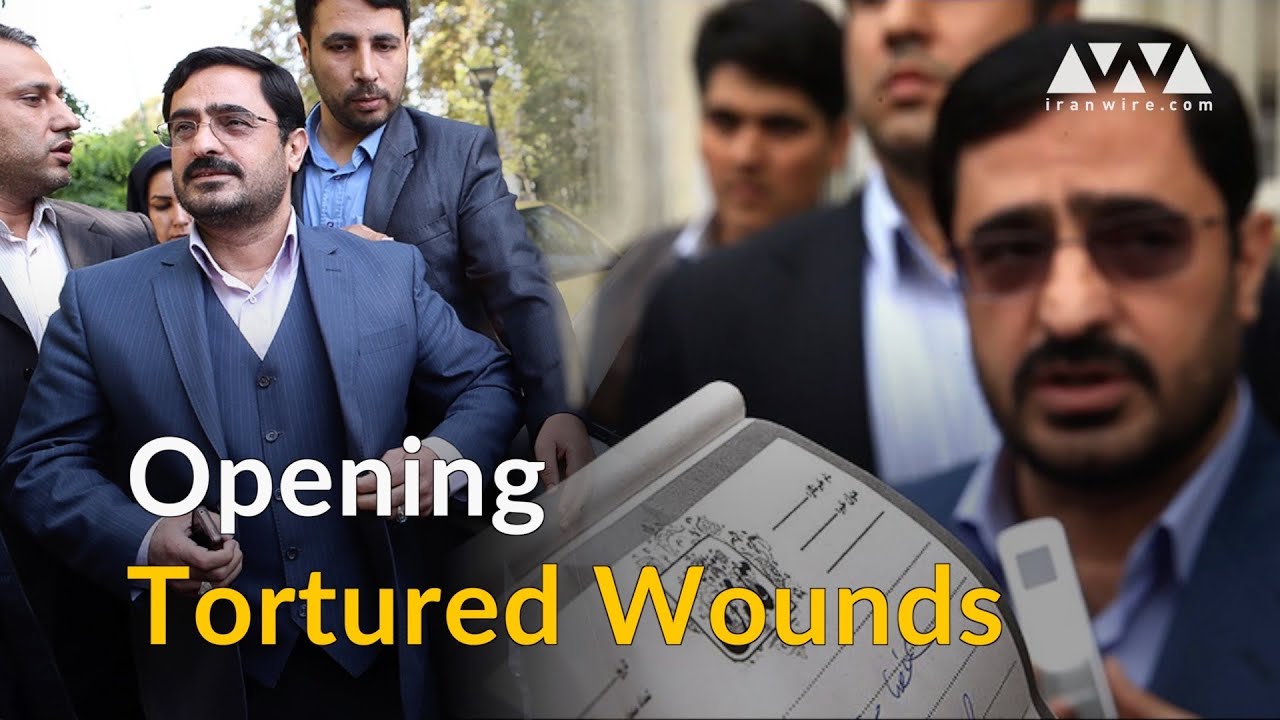 Reza Zoghi, a survivor of Kahrizak, says he owes his life to Mohsen Rouhalamini. Rouhalamini was the son of Abdolhossein Rouhalamini, a long-time member of Iran’s Basij paramilitary group and an advisor to former Mohsen Rezaee, a former Revolutionary Guards general who was also a candidate in the 2009 elections. Mohsen Rouhalamini was tortured to death in Kahrizak, but because of his family ties to the authorities, his death drew attention to the abuses there.

“I doubt I would be alive if Rouhalamini had not been one of the detainees and had not died,” Zoghi says. “With his death, he saved the lives of the other Kahrizak detainees.”

Alizadeh remembers Rouhalamini, too. “He was in our cell,” he says. “He was a calm and kind young man. When they were transferring us to Evin, he was left on the hot pavement for half an hour. No ambulance came, nor did anybody paid any attention to the fact he was half dead.”

As the abuses at Kahrizak came to light in 2009, Supreme Leader Ali Khamenei ordered the facility closed. But the abuses remain a live topic in Iran. Earlier this month, in a surprise move, former prosecutor Saeed Mortazavi apologized to the families of the three men who died in the prison.

“Mortazavi’s apology is really an insult,” says Reza Zoghi. “What happened to us was not an accident. It was a plan to kill us. For seven years he denied it and accused us of being thugs. He explicitly said that we were lying and that we were the offenders.”

- a view from outside Kahrizak Detention Center

Death on the Pavement

Zoghi cannot forget the deaths of his fellow inmates and the callous indifference of the Kahrizak officials. He still has nightmares about them every night. After five days of torture and neglect, the detainees were moved to Evin Prison. On the bus, Zoghi says, “I was sitting exactly behind Amir Javadifar. I could hear his breathing. I and other passengers were pleading with the soldier who was on the bus to give him a glass of water. All the fellows were looking at Amir, who was not doing well. Suddenly I saw that Amir was having a convulsion. Then he went still. We were frightened and started screaming and crying. With the noise, the driver stopped the bus. We took Amir out and laid him on the pavement. We gave him artificial respiration. He threw up some blood, and then he was gone.”

“Mortazavi came to prison personally, holding a pink piece of paper,” he says. “He talked to each one of us separately and told us not to talk about the Kahrizak events under any circumstances. We were supposed to say that our injuries had happened earlier. He even told some of us, ‘How do we know you are not lying?’” The former prisoners now believe Mortazavi has only apologized because he wants to escape punishment.

“Mr. Mortazavi knew very well where he was sending us and effectively wanted us to die,” says Alizadeh. All of the former prisoners remember that, on the way to Kahrizak, they passed by Tehran’s enormous Behesht-e Zahra Cemetery. At this point, their blindfolds were removed and they were told, ‘Soon enough this will be your new home.’”

“Our complaints got nowhere,” Alizadeh says. “Although I was threatened repeatedly and lost my spleen to a knife attack, I refiled my complaint in 2011. But when the court session was held, the plaintiff and the accused changed places. The judge said that we were the seditionists and that it was right that we were arrested.”

- a hallway in Kahrizak

“We Could Have Died, Too”

The first night after being transferred to Evin, Alizadeh had a high fever. His wounds had become infected and were burning. “Mortazavi was extremely worried,” he remembers. “He ordered that I should be taken to the hospital. I worked for [reformist presidential candidate] Mir Hossein Mousavi’s campaign headquarters. I was arrested on July 9. I don’t know where they took me. I only remember that all day and all night they beat me viciously and said that I must confess to killing Neda Agha Soltan.” 26-year-old Agha-Soltan was shot dead by Iranian security forces on June 29, 2009, during a street protest. Video of her death circulated worldwide and became an international embarrassment for the Islamic Republic.

Alizadeh still recalls his third night at Kahrizak. “The space was small and there was not enough room for everybody to sleep. We had to take turns standing up so that the others could lie down. I stood up to give room to somebody else. I went towards the bathroom when the guard officer, a Mr. Khamsabadi, ordered a ward monitor named Mohammad Karimi to bring out a few inmates for punishment. At that moment our eyes met. They chose me and two other prisoners, Saman Maghami and Ahmad Baluchi. Khamsabadi beat me with a pipe for 20 minutes. Blood was running down from all the veins in my waist. Then they hanged me upside down from the ceiling and he and a sergeant named Ganjbakhsh started beating me. For a moment I thought I was dreaming. I was praying for death because I could not take the pain. Then they brought me down and two people held me up. At that time the ward monitor came in and started beating me with a padlock.”

Alizadeh says Mortazavi’s apology has only reopened old wounds. Many of his fellow former prisoners agree.

Called A “Whore” And “Infidel:” The Story Of An Iranian Christian Woman Abused In Custody

What Would You Ask Rouhani and Zarif If You Could?