Iran Still Haunted by its “Biggest Crime”: the 1988 Prison Massacre

Roland Elliott Brown
6 min read
Mansour Farhang was revolutionary Iran's first ambassador to the UN. He has signed an open letter to raise awareness of the 1988 killings.
Mostafa Pourmohammadi, one of the men Montazeri accused of mass murder
Dissident cleric Ayatollah Montazeri was once expected to succeed Khomeini as supreme leader
A crowd in Iran holds up a portrait of Ayatollah Khomeini

In 1988, toward the end of the Iran-Iraq War, Ayatollah Ruhollah Khomeini ordered the secret mass execution of thousands of Iranian political prisoners. Most were leftists, and many were members of the controversial Mujahedin Khalq Organization, which had sided with Saddam Hussein’s Iraq during the war. Acting on Khomeini’s behalf, a small group of high-ranking officials visited Iran’s prisons and subjected the prisoners — most of whom had already been sentenced by Iran’s judiciary — to a religious-political test. Those deemed unlikely to recommit themselves to Islam and Khomeini were sent to hang in groups and then buried in secret.

Only one man dared to challenge Khomeini over the killings: Ayatollah Hossein Ali Montazeri, his heir apparent as supreme leader. Now, Montazeri and the 1988 massacre are back in the news. In August, Montazeri’s family website released an audio recording of a meeting in which the widely-respected cleric, who died in 2009, criticized the officials involved. He called the killings “the biggest crime in the Islamic Republic – a crime that will condemn us all in history.” Far from denying the killings following the release of the tape, several serving Iranian officials named in the tape, notably Justice Minister Mostafa Pourmohammadi, have emerged to defend massacre.

In response, more than 100 prominent Iranians, including 2003 Nobel Peace Laureate Shirin Ebadi and Stanford historian Abbas Milani, have signed an open letter to the United Nations Human Rights Council and the International Criminal Court calling for the killings to be recognized as a crime against humanity. 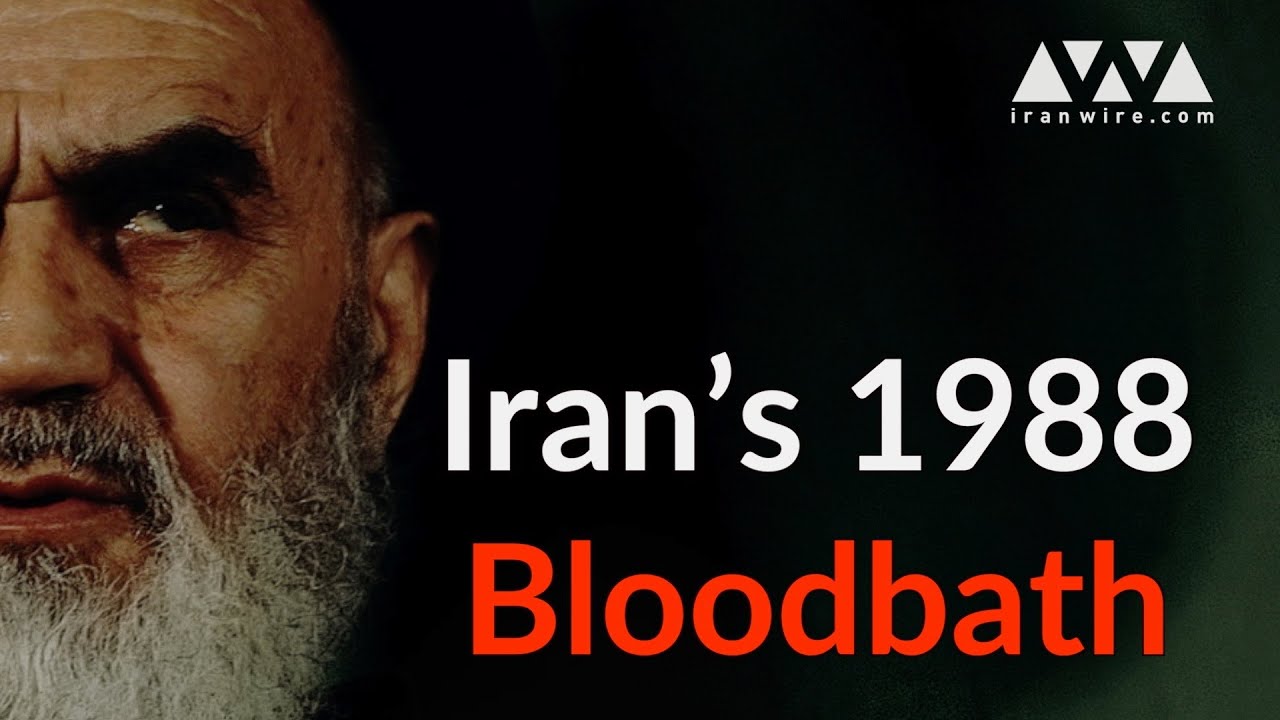 Another prominent signatory, Mansour Farhang, was Iran’s first ambassador to the United Nations following the revolution of 1979 before he quit his post over Khomeini’s refusal to release US Embassy hostages. He then returned to the US –where he had lived before the revolution – and became a professor of international relations at Bennington College, Vermont. “This is really an unprecedented situation,” Farhang told IranWire. “This is the mass killing of prisoners who had already been sentenced, and now the Iranian authorities, the people who carried it out, are admitting it.”

That was not always the case. For many years, the mass killings of 1988 were the most taboo subject in Iran’s modern history. Although they were not exactly a secret in Iran -- Montazeri’s break with Khomeini over the killings was relatively well known -- official denials sustained a level of public doubt. “Over the last 28 years, officials denied that such massacres took place in Iran in 1988, even though Ayatollah Montazeri had written about them in his memoir,” Farhang says. “Iranian authorities could always claim – and they did – that Montazeri did not do the writing.”

But Montazeri’s eldest son, Ahmad, who was present at the meeting in which Montazeri condemned the executions with a tape recorder rolling all those years ago, chose last month to release the tape, for reasons unknown. “Many people have asked him to do it, but it’s a very good question what eventually motivated him to release it,” Farhang says. “It’s impossible to say whether it was his own conscience, or if he was pressured. But the audiotape gives the kind of credibility to the story that cannot be denied. They cannot deny the authenticity of Montazeri’s voice.”

The Fetishization of Ayatollah Khomeini

One reason the killings have remained taboo inside Iran is that the Islamic Republic’s founder, Ayatollah Khomeini, ordered them himself. Khomeini was the man whose influence over Iran’s religious masses in 1979 led to the overthrow of the Shah, and who decreed that post-revolutionary Iran should be a Shia Islamic state governed by Islamic clerics. Khomeini’s face appears on Iran’s money, and his portrait is displayed in just about every public building, from the grandest mosques to the humblest shops and offices. He is a national fetish – albeit one quietly ridiculed by more skeptical Iranians. To call him a criminal is to rattle the very foundations of the Islamic Republic.

“These killings were based on the decision of one individual,” Farhang says. “Vengeance was the principal motive for the massacre of these people. What is really sad about is that the overwhelming majority of an estimated 3,500 people who were executed were young at the time of their arrest, in their early twenties. Some of them were teenagers. Some of the people who were responsible for carrying out the executions were reluctant. One of them had mentioned the historical judgment to Khomeini, but he categorically rejected that and said, ‘Don’t’ worry about history.’ The man had a dark side to him, no question about it. And then power, particularly absolute power, transformed that dark side into psychopathology.”

Even prominent Iranian politicians widely described as moderates or reformists by western media – such as President Hassan Rouhani and Foreign Minister Javad Zarif – are extremely unlikely to back any critical examination of the killings. “In Iran today, so long as it is the Islamic Republic of Iran, that is, a theocracy, any suggestion that Khomeini was not perfect could lead to not only marginalization but arrest and imprisonment. Khomeini is beyond criticism, and criticizing him is blasphemy, is 'war against God' according to Iranian laws and practices. Those who want to serve within the Iranian regime, and keep their position and privileges, would never open their mouths.”

Challenging the Silence and the Fear

In Tehran today, any public "debate" about the 1988 killings is entirely one-sided. While Supreme Leader Ayatollah Ali Khamenei has remained silent about them, some of his most fervent supporters stand by them and even praise them. “Some right wing people, particularly the conservative Kayhan newspaper and other media belonging to the Revolutionary Guards, have come out and defended it as a righteous act necessary for the defense of Islam and the protection of the country,” Farhang says.

Justice Minister Mostafa Pourmohammadi, one of the men criticized on the tape, has also defended the executions. Two other men criticized by Montazeri on the tape, Hussein Ali Nayeri and Ebrahim Raeesi, both hold prominent positions. Nayeri is a high court judge, and Raeesi heads Astan Quds Razavi, one of the largest –and wealthiest – religious foundations in Iran.

While Farhang and his fellow campaigners have addressed their letter to the UN Human Rights Council and the International Criminal Court, they have few illusions that Iran will soon face justice over the killings. “First of all, we know that Iran is not a member of the ICC,” he says. “The only conceivable way that the ICC could actually take the case is if the UN Security Council passed a resolution and suggested that the ICC consider it. That is unthinkable because Russia and China will never vote for such a thing.” Rather, he says, this is a chance to raise awareness much-needed awareness of a subject on which silence has prevailed for decades. “It's really an expression of the outrage of both the Iranian public and of human rights organizations. What we really want is to explain to both the Iranian and the international public what has happened in Iran.”