Iran Sentences Siamak and Baquer Namazi to 10 Years Each 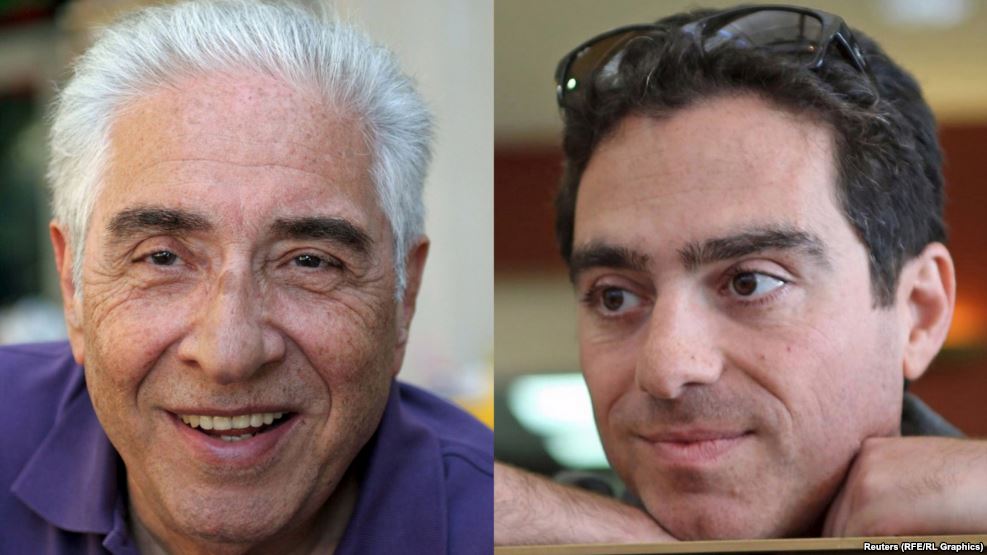 Mizan News Agency, a website linked to Iran’s judiciary, reported today that Iranian-American businessman Siamak Namazi and his father Baquer Namazi have each been sentenced to 10 years in prison. On October 16, the same news agency published a short video showing Siamak Namazi’s arrest as evidence of “America’s humiliation.”

According to Mizan, the two men were convicted of “cooperating with the hostile government of America.” Beyond that, no charges have been officially made public. In April, the Namazis’ lawyer, Mahmoud Alizadeh Tabatabaei, told IranWire that he had been denied access to his clients’ case files.

Siamak Namazi is the head of strategic planning at Crescent Petroleum, which has its headquarters in the United Arab Emirates. He previously worked as an energy consultant for the Dubai-based Access Consulting Group. He was arrested in October 2015 during a trip to visit his family in Tehran. His 80-year old father, Baquer Namazi, was arrested on February 22, 2016, when he arrived in Iran to visit his imprisoned son.

On the eve of the 1979 Islamic Revolution, Baquer Namazi was the provincial governor of Khuzestan. He later worked a representative of United Nations Children's Fund (UNICEF) in several African countries.

In February, Fars News Agency, which is affiliated with the Islamic Revolutionary Guards Corps, published an article reporting that Namazi was arrested in order “to uncover the complex layers of vast financial and intelligence corruption by a network that is associated with the UK and America.” The piece also stated that Baquer is accused of training his son Siamak in “espionage and infiltration and subversion operations.”

According to Fars News, one of the charges against Siamak Namazi was his founding of the “Non-Governmental Mutual Assistance Institute of Iran,” an NGO which it said was involved in organizing the “English-American riots,” a reference to the mass demonstrations that followed Iran’s disputed 2009 presidential election.

Fars Reported that Siamak Namazi had also been charged with membership in, and extensive connections to agencies that are affiliated to the United Nations; connections to Gary Sick (an Iran specialist at Columbia University who served as member of the US National Security Council under presidents Ford, Carter and Reagan), membership of the Gulf/2000 Project (a project Gary Sick directs at Columbia University), close ties to US State Department spokesman Alan E. Eyre and to John D. Sullivan, director of CIPE (the Center for International Private Enterprise) and his connections to the Ford Foundation and NIAC (the National Iranian American Council).”

Now, it seems that the Iranian Judiciary believes that it can decide by itself which government is hostile, and has convicted both men based on its own definition.

Since the Namazis’ arrest, American officials have repeatedly demanded their release. With this sentence, diplomatic efforts to secure their release must enter a new phase.

I am a double national myself and have worked in Iran for two years. I wanted to understand how it felt to be a professional woman under the ayatollahs. What I experienced was unpleasant and this is an euphemism.
The theocracy has no use for people from outside their own circles, no matter how they love their coun try and naively want to improve things. The local media, under heavy censorship, may only publish a byline about the arrest of dual nationals. The general public, for whom the Iranian press is only a rag filled with lies, do not read them. Rarely the general public is aware of such arrests and even if informed, it is not a subject of attention.
ALL dual-nationals travelling to Iran should take their own precaution and leave out the rosy glasses worn when looking at Iranian issues. For me Iran is a despotic lawless state, no matter how sweet is to be with one’s family.
The Iranians wherever they are, must realise that the theocracy adjusts when it deems necessary but would not change a comma from the line of Khomeiny since 1979. There is no credible political force to challenge the ayatollahs. Unless they are out and defeated, we, all Iranians, are at the mercy of a bunch of bigoted and greedy henchmen. ... read more

Black Friday in Zahedan: Dozens of Dead, Hundreds of Injured

How Iranian Authorities Use Ambulances for Arrests and Transporting Forces

Going to a Rally Today? Keep the Peace & Other Tips

Protests Continue in Iran Ahead of Global Day of Rallies

Iran Protests: Violent Arrest of a Young Woman in Yasuj

Iran Protests: "We Will Kill Whoever Killed My Sister!"

Black Friday in Zahedan: Dozens of Dead, Hundreds of Injured

How Iranian Authorities Use Ambulances for Arrests and Transporting Forces

Going to a Rally Today? Keep the Peace & Other Tips

Protests Continue in Iran Ahead of Global Day of Rallies