Forcing People to Take Responsibility for Their Positions

The filmmaker Bahram Sadeghi's telephone calls to the NSA – sweetly asking for help in retrieving deleted emails – have been circulating online for a few days now, both lightly silly and pointed in their underscoring of how little we know about how our lives intersect with America's secretive security institutions. Sadeghi, who was born in Iran and now lives in Amsterdam, has spent his career approaching authority figures with a subversive naivete, offering flowers to the Chinese ambassador upon his country's dissident's receipt of the Nobel Peace Prize, and congratulating Arab embassies for the imminent fall of their dictators. There is something of Borat's emigre sincerity to Sadeghi's persona, a disarming haplessness that manages to reveal powerful truths about the world around him. 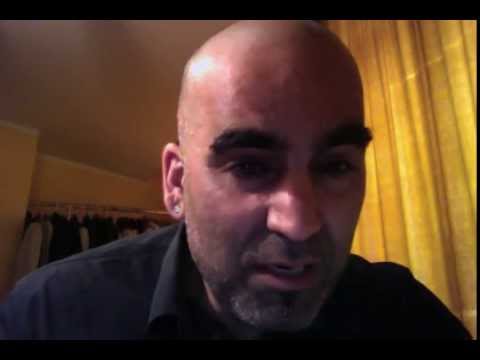 What did you want to achieve with this prank, did you have a main objective?

For me the process and the goal are interactive. But in this case, I wanted to give an entity like the NSA – a big, secretive, unknown entity – a face, or in this case a voice. At the simplest level, is it possible to reach them? I wanted to use the same tools they use, or maybe use, because we're not sure what they really do, we assuming they are listening to us, and collecting data traffic, and analysing that. I thought it might be nice, for lack of better term, to do the same to them. So I decided to call them, record it, and share with friends and friends of friends.

That's my approach, one way or another, and it was the same with the Chinese embassy. There were others there talking, analyzing, protesting, but what I like most to do is turn the whole scenario around, maybe not 180 degrees, but 45 degrees. So the objective here was to see, can you really, at the basic level of a phone call, reach them? The NSA, this vast organization in the desert of Utah. 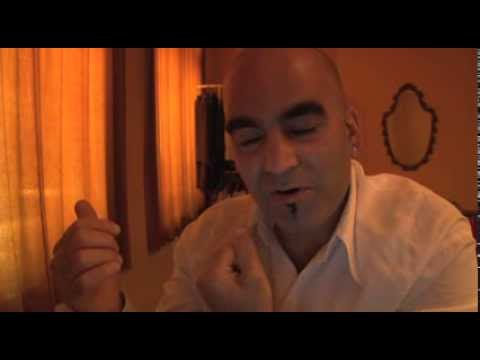 Who are your role models?

The godfather of this kind of stuff was Michael Moore, my friends and I really liked his early works, where he was showing a lot that was quite serious, but also laughing a bit. After Fahrenheit 9/11, when he started making statements in favor of certain parties, I lost my interest.

Later, Sacha Baron Cohen.  Two years before he started Borat, I did something very similar for Dutch TV, but not on a regular basis. I took my old fashioned suit, introduced my videos in English and Persian and went to see people. When I saw Ali-G and Borat, I just laughed, because he made the perfect character.

Do you see yourself as a political prankster, in the tradition of the great Western pie throwers? Or are you more a citizen journalist of sorts?

We had that in Holland too, but I would never do that kind of stuff. When I approach, executives or politicians,  I'm always polite and more or less straightforward, which most of the time is not something they are really used to. Journalists usually start questions with 'but,' which provokes a negative attitude toward them, and these figures are used to that. Since there are people who approach them with a critical attitude, that angle is covered already. So if I call the NSA, I can contribute to whole discussion with [my approach], which is not covered in the media landscape.

If you could pull a prank in Iran, or an Iran-related prank, what would you?

I've done some stuff in the past with the Iranian government. What I really think I'd do is praise them for their vast attitude toward the West, and try to exaggerate that. I would say, “I'm glad you would attack the United States, but I'm also glad that you would attack Belgium too, and not only Belgium, but Spain and Portugal as well, you should attack all these bastard!” I would exaggerate so much that then they have to take something back, they'd have to say, 'No, that's nice,” and I would say, 'Why not? Go attack!'  If I could, I wouldn't approach them with an attack, but praise them, like I've done with right-wing Dutch politicians. I would go to them with dates, with Iranian sweets, I'd go to the embassy and ask them [such] questions.

This is an interesting approach, because it ends up forcing the other party to take responsibility for their positions, by having to calibrate in response to your exaggeration.

Exactly, their role in the game is to defend, because everyone approaches them in that way. Mighty powers, or corporations like Shell, know that as journalists we're not there to praise them and they know what to expect. So my approach turns this around.

One of my goals has always been to ask the most simple questions. Twice a year here in Holland the national security service holds press conferences, and all the talk is usually very vague, about the need for caution. And one year, we asked “Tell us, what are we supposed to do? Do we need to watch out for the place where they sells shwerma? No, okay, should we go to the mosque and watch out there?” If it's Shell, we go there with a chair, sit outside with a sign, a megaphone. They have to respond to that, until the police come. And when that happens, even though they're coming to remove us, you turn it around and say “I'm glad you're here! There are thieves in that building!” It's really fun, just shifting the roles.

Can you tell us a bit about your professional background?

From 1998-2005 I worked on different programs for Dutch TV, and in 2006, I started working with the Dutch filmmaker Gideon Levy on a daily program on another station. That was our breakthrough,  it was the biggest Dutch interview program and had three minutes video every day, or every couple days, and a lot of people got to know us. In 2008 I went freelance, and since then I've been working in television as a freelancer making videos, and writing. I published my first book last year, “Why Are You So Poor?” about the causes of poverty in the world's poorest country.

Do you have any red lines?

No, if I believe in it, one of the promises I've made, with my friend and girlfriend [who works with me], if we really believe in it, then we go to the end. The Chinese embassy was a good example, it was scary, bit exciting, but we said we're just going to do it. I've done hidden cameras, gone places with fake names. We found the house of manager who was, in our opinion, responsible for a big scandal in Haiti, and we went to his home with a fake name, flowers, and congratulated for winning a game, just so we could ask him some questions. 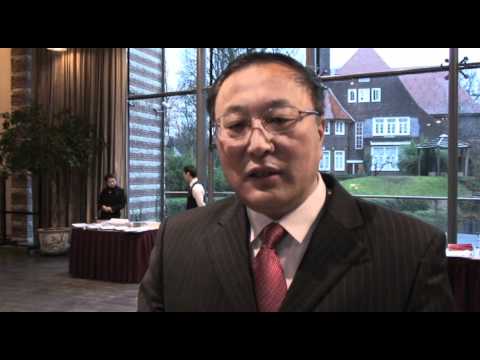 What's the most fun you've had pulling a prank?

When I was working for Dutch national television, went to visit the godfather of the right-wing Dutch movement, a man called Hans Janmaat. Maybe you've heard about Geert Wilders, Janmmat was one generation before him, the first Dutch right wing political who entered parliament. I went to see him when he was forgotten and new politicians had hijacked his issues. I went to give him a political metamorphosis, to tell him, or teach him, how to communicate an unpleasant message in a mediagenic way. I just wanted to turn it around, with me as an immigrant going to see that guy, who for a whole generation of Dutch people was really a monster,  like Jean Marie Le Pen.

A lot of people laugh, I know that,  and I have no illusions about how my message comes through. A friend told me that his 9, and 12-year-old children watched the NSA call, understood the message and laughed about it. But on a second level, I hope it make you think about other stuff, the other level, to think about how new Dutch politicians act and behave and how nowadays you can say things that were not possible 15 years ago.

The Chinese embassy was also really fun, because I love the bad guys, extreme nationalists, these bald Aryan guys, just going to ask them whether I can be a member of their organizations, because I have a Dutch passport. I say, “Do you love Holland? I love Holland too!”

How long ago did you leave Iran?

I left Iran 26 years ago, when I was 18, because of the war with Iraq. I've lived in Holland ever since 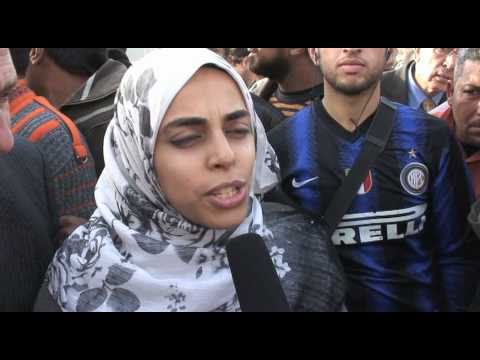 Survey: Half of Iranian Youth Would Leave Given the Chance

Bashar Waiting for an Attack

Cartoons
Continue to next article