And Along Came a Spider 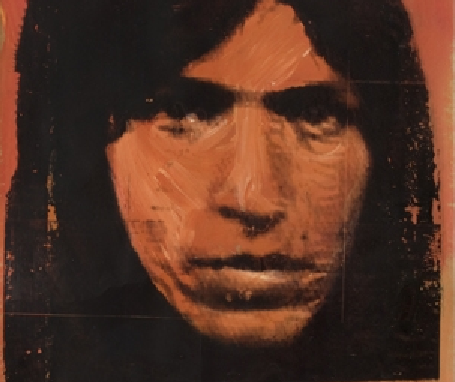 When the drought ended and the rains came, Saeed Hanaei believed that it was a sign from God that his killing spree had divine approval. "I realised God looked favourably on me. That he had taken notice of my work," Hanaei said. With 12 prostitutes already dead by his hands, Hanaei carried on his "work" and strangled at least four more women after luring them to his house in the Iranian city of Mashhad.

And Along Came a Spider, which had its UK premiere at the Edinburgh festival yesterday, tells the disturbing tale of a murderous psychopath who found an alarming degree of ideological sympathy among Islamic militants in Iran. The serial killer and his trial attracted a media frenzy in Iran and exposed deep divisions in a society where a conservative-minded minority feels threatened by social change.

The director of the documentary, Maziar Bahari, says he believes Hanaei was a murderer by nature who was catapulted to folk-hero status by religious extremists. "Hanaei was living in a very claustrophobic environment and he could somehow justify his killings through ideological slogans that are acceptable in that environment," Bahari says. "He is basically a terrorist. He's not as technologically advanced as some, but the result is the same."

Bahari's documentary provides an extraordinary glimpse into the attitudes of a working-class district in Mashhad and the desperate world of prostitutes entrapped by drug addiction, poverty and patriarchal cruelty. Newspapers dubbed the murders the "spider killings" because of the way victims were drawn into Hanaei's home and then strangled with a scarf. He then dumped the bodies by the roadside or in open sewers, wrapping them in their chadors, the long, flowing black garments that cover a woman from head to toe.

Hanaei confessed to the killings, smiled for news photographers and proudly told the court that he was fighting a crusade against moral corruption and vice. He and his lawyer cited an ambiguous provision in Iranian and Islamic law that refers to sinners as a "waste of blood", arguing that Hanaei deserved lenient treatment.

The case provoked a debate between reformers who condemned the authorities for failing to catch him earlier and some conservatives who shared the killer's disgust with a rise in prostitution.

"Who is to be judged?" wrote the conservative newspaper Jomhuri Islami. "Those who look to eradicate the sickness or those who stand at the root of the corruption?" Such sentiments are expressed by the killer's merchant friends at the Mashhad bazaar, one of whom says with a laugh: "He did the right thing. He should have continued."

The argument over the spider killings represented a kind of microcosm of a wider battle still being waged in Iran over the proper role of Islam in society. Reformists in parliament and government have tried to push for a relaxation of the country's theocratic system, advocating what they call a "democratic interpretation of Islam". Their opponents fear the reformists will only undermine Islam and open the floodgates to secular, western influences.

The most disturbing defence of Hanaei comes from his own 14-year-old son, Ali, who says his father was cleansing the Islamic republic of the "corrupt of the Earth". "If they kill him tomorrow, dozens will replace him," Ali says. "Since his arrest, 10 or 20 people have asked me to continue what my Dad was doing. I say, 'Let's wait and see.' "

Those who sympathise with Hanaei remain powerful and vocal, but the majority of Iranians want to see a more tolerant, less ideological society, according to Bahari. "I think they are in the minority, and their numbers are decreasing," he said.

Between the scenes of Hanaei recounting his crimes in a matter-of-fact tone, we see haunting photos of the victims before and after they were killed and we meet two children whose mothers were murdered. Interviews with 10-year-old Sahar and eight-year-old Sara provide some of the documentary's most powerful moments.

Firoozeh, the 14th victim, went out to buy opium one day at about 5.30pm, says her daughter, Sahar. "We were all waiting for her but she never came home." We see a drawing in crayon from Sara, with a bearded Hanaei in handcuffs, her mother lying dead and a little girl kneeling in despair. Sahar looks away from the camera and says she hasn't spoken to anyone at school about what has happened. She says she wants to be a journalist when she grows up because she hopes to document what happened to her mother.

Hanaei served as a volunteer in the 1980-88 Iran-Iraq war, and described his murders as a "continuation of the war effort". He first became obsessed with "street women" after his wife was mistaken for a prostitute by a taxi driver. We learn from a journalist that Hanaei went looking for men who were soliciting prostitutes and got beaten up. "So he turns to the people who don't have the power to fight back," says the journalist, Roya Karimi.

Hanaei had plenty of opportunities to prey on the powerless in Mashhad, a city with all the ingredients for a thriving prostitution trade. While millions of pilgrims visit the city's holy Shia shrine every year, massive amounts of opium pour over the border from neighbouring Afghanistan and are transported through the city. Growing levels of poverty and unemployment, with rural families migrating to cities, have fed the increase in "street women".

The spider case forced the invisible world of prostitution into the public arena and government officials can no longer pretend otherwise. But prostitution remains a sensitive issue and Bahari's documentary, which has been shown throughout Europe, has yet to be broadcast in Iran. The criminal code's vague reference to victims deemed to be a "waste of blood" has come under increasing scrutiny from lawyers.

Despite Hanaei's confession in prison that he had "improper relations" with his victims, some ideologues still sympathise with the spider killer. This month a hardline paramilitary group, Ansar-e Hizbollah, warned in its weekly publication that declining morality among women could lead to more such killings: "It is likely that what happened in Mashhad and Kerman could be repeated in Tehran."

Although Hanaei was sentenced to death, he was shocked and angry when the moment came for his hanging in April last year. Unlike at his highly publicised trial, there were no cameras around to record how he screamed in protest, baffled that his ideological allies never came to his rescue. "Even until the last second before his execution, Hanaei thought someone in the government would come to save him," Bahari says.

Hanaei's case had sparked debate and morbid fascination but not much mourning for the death of the 16 "street women". And Along Came a Spider commemorates these women and grants them a degree of dignity they never received while they were alive.

The Social Trauma of Death as Spectacle

Why Would You Attend a Hanging?

Put Death Penalty to a Referendum: an Interview with Emadeddin Baghi

"Since I resigned, I sleep better.”

The Value of Human Life: An Interview With Mohammad Mostafaei

The Most Disadvantaged Groups at Risk of Execution

A Unity Rally With Nuclear Divisions

3 min read
Continue to next article