The Price of Staying in Iran: Narges Mohammadi on Hunger Strike

On June 27, the imprisoned human rights activist Narges Mohammadi, spokeswoman for Iran’s Defenders of Human Rights Center, went on hunger strike to protest against prison officials’ refusal to allow her to talk to her children on the phone.

Her husband Taghi Rahmani, who lives in France with their children, confirmed the report. “Narges is very ill,” he said. “She announced her hunger strike during a visit from her family. Her request to talk to her children on the phone is one of the basic rights of a prisoner.”

Her twins Kiana and Ali were aged only a year and a half old when their mother was first arrested in 2009. The children are now approaching 10 years old. A year ago they left Iran to live with their father in France.

“I don’t know, maybe you will feel more comfortable and at ease if you live in a society where the love and relationship between a mother and her children is valued and understood, even if I am not there beside you both,” she wrote in a letter from prison when they left Iran. “I know this separation will be difficult, but I cannot bear to see your tears, fears and insecurities. I will do whatever is in my power to protect you from any hurt. Oh dearest of the dearest, please forgive me. The deprivations that the government aimed to impose on me were more so imposed on you. The two of you have faced more suffering in the first eight-and-a-half years of your life than you could possibly imagine.” 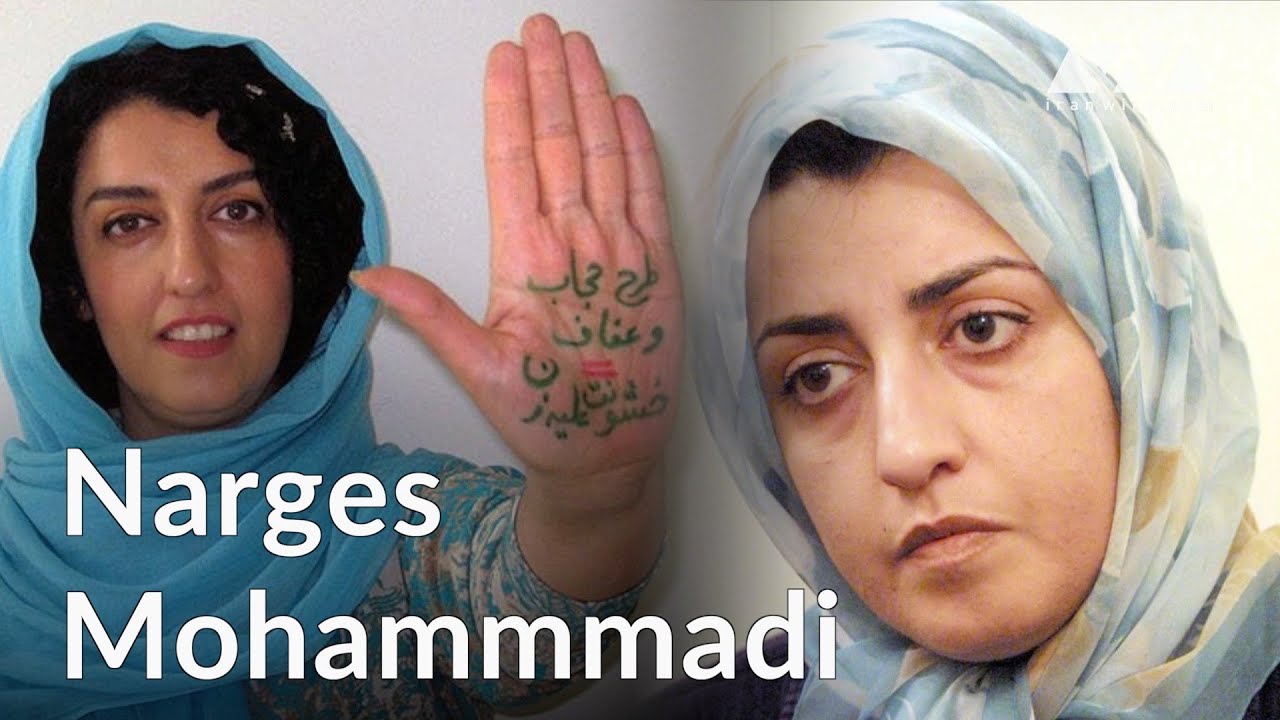 Taghi Rahmani told IranWire how difficult life has been for their children to be kept away from their mother. “During the past year that my children have been in France they have been denied any contact with Narges except once. The last contact was on April 2, when they had a short conversation.”

Since 2009, Narges Mohammadi has had to deal with repeated arrests, interrogations and imprisonment. In September 2011, Branch 26 of the Revolutionary Court sentenced her to 11 years in prison for “propaganda against the regime” and “conspiracy against national security,” although the appeals court reduced her sentence to six years.

On April 26, 2012, authorities arrested Mohammadi again and she began serving her sentence. They sent her into solitary confinement at Evin Prison’s Ward 209, which is known for housing political prisoners. After being  incarcerated for several months, doctors announced that she was suffering from an epilepsy-like disease that causes her to periodically lose muscle control. She had developed the symptoms after her first round of interrogations in 2009. Authorities agreed that she was medically unable to finish her sentence and released her on July 31, 2012.

But Mohammadi’s freedom was short-lived. On May 5, 2015, authorities  summoned her back to prison. That summer, the peculiar charge of “cooperating with ISIS” was added to the case against her. Speaking to the Center for Supporters of Human Rights after her arrest, Mohammadi’s brother speculated that the charge might have resulted from her protest against the execution of a number of Sunni prisoners. She argued the trial process had been unjust.

Mohammadi’s children were left without either of their parents, as their father was in France. In her most recent letter from prison, Mohammadi remembered the last time she saw her children: “Kiana told me, ‘Mommy Narges! Don’t you worry. We will go to Daddy Taghi and we’ll come back again.’ They were holding hands. We said goodbye and the door was closed and my dearest Ali and Kiana left. Not only when I was bidding them goodbye with my eyes, but even now, after one year has passed, I can’t believe they have left.”

Taghi Rahmani reports that the Women’s Ward in Evin Prison does not  provide a phone for inmate. “Narges is a human rights activist and her place is not in prison,” he said. “But this aside, now that she is unjustly in prison, she should enjoy the most basic rights of a prisoner. Narges has to take 15 pills a day to control her illness. With her hunger strike I am now worried about her health more than anything else.”

Have the children been told about their mother’s hunger strike, I asked? “No. I have not told them anything yet,” said Rahmani. “I am trying to protect the children.”

I also spoke with one of Mohammadi’s former cellmates. “Narges is a peaceful and forgiving person in the truest sense of the word,” she said. “The Islamic Republic should value such a harmless and unbiased critic. Although she and her family have suffered so much injustice, she stayed in the country and is serving her sentence.”

They Want Them to Leave Iran

Mohammadi’s former cellmate believes the activist is paying the price for choosing to stay in Iran. “For hardliners inside the regime, people like Narges are deadly threats,” she said. “They believe people like her should all be kicked out. Those who remain are under constant pressure to leave the country as quickly as possible. But despite these pressures Narges has stayed — and she is paying the price.”

She remembers when she first met Narges Mohammadi at a religious ceremony in prison. “We were returning from the ceremony and she talked about her children and the unfavorable conditions prisoners had to face,” she said. “These were her daily preoccupations. Now they are taking revenge on her for staying in Iran. It is preposterous that a sick woman must resort to a hunger strike — not to secure her freedom but just to be able to talk to her children on the phone, especially in this holy month of Ramadan. This regime claims it is Islamic and yet it uses her motherhood to torture her. This is not acceptable by the standards of either sharia or human rights.”

Hengameh Shahidi, political activist and journalist who spent over four years in prison, told IranWire that a hunger strike is the last resort for political prisoners in Iran, a last bid to secure their rights. “In recent months, the number of political prisoners in the Islamic Republic who have gone on hunger strike has broken records. Now dear Narges has joined them,” she said. “She is in a situation where she cannot meet with her children, but is the natural right of a mother to be able to be in contact with her children. I hope before her hunger strike goes on for too long prison authorities will honor the rights of this imprisoned mother.”

Being an 'Accessory' to Abortion is Now a Crime in Iran

Why is the Judiciary Stalling on the Trial of Alleged Rapist Keyvan Emamverdi?

"Education is your Shield and Trophy"