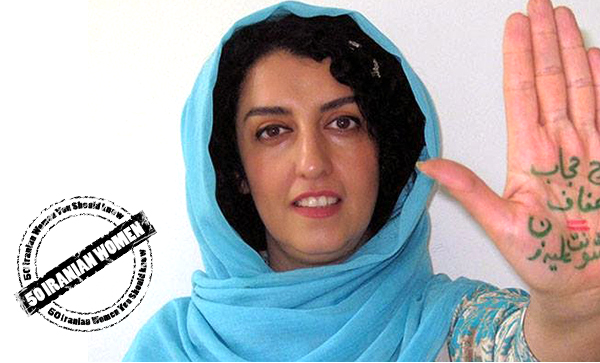 Global and Iranian history are both closely intertwined with the lives and destinies of prominent figures. Every one of them has laid a brick on history’s wall, sometimes paying the price with their lives, men and women alike. Women have been especially influential in the past 200 years, writing much of contemporary Iranian history.

In Iran, women have increased public awareness about gender discrimination, raised the profile of and improved women’s rights, fought for literacy among women, and promoted the social status of women by counteracting religious pressures, participating in scientific projects, being involved in politics, influencing music, cinema... And so the list goes on.

This series aims to celebrate these renowned and respected Iranian women. They are women who represent the millions of women that influence their families and societies on a daily basis. Not all of the people profiled in the series are endorsed by IranWire, but their influence and impact cannot be overlooked. The articles are biographical stories that consider the lives of influential women in Iran.

IranWire readers are invited to send in suggestions for how we might expand the series. Contact IranWire via email ([email protected]), on Facebook, or by tweeting us.

Narges Mohammadi, former journalist, human rights activist and the deputy director of the Defenders of Human Rights Center (DHRC), has been in Evin Prison since May 5, 2015.

Mohammadi was born in 1972 in the city of Zanjan to a family of political activists. After the Islamic Revolution of 1979 a number of her relatives who had supported the opposition group the People’s Mojahedin of Iran were executed. An uncle who had spent some time in prison before the revolution had the most influence on her worldview about human rights. He too was executed by the Islamic Republic after spending five years in prison.

After leaving school, Mohammadi received a degree in physics and became an engineer. At school she became a student activist and founded the Student Organization for Enlightenment. In 1997 she joined the Qazvin campaign of the reformist candidate Mohammad Khatami, who was elected president.

As a journalist, Mohammadi wrote for reformist publications. She also published a book of her political essays entitled The Reforms, the Strategy and the Tactics. Many of her articles were critical of the Iranian regime. The first time she was arrested it was in connection with her journalism. After a few days of detention, she was given a suspended sentence of one year in prison.

In the course of her political activities, she came to know the reformist journalist Taghi Rahmani, whom she married in 1999. Soon afterwards, in 2000, Rahmani and other members of a coalition known as the National-Religious Movement were arrested. He spent 14 years in prison. After his release, he moved to France, though Mohammadi stayed in Iran.

Her husband’s arrest led her to change the focus of her work. She had already been active in supporting the families of prisoners of conscience, which in 2001 led to her work with the DHRC, which was founded by Nobel laureate Shirin Ebadi. Mohammadi was the only non-lawyer member of the center. She founded other groups under the umbrella of the center, including the National Peace Council, The Committee to Defend Political Prisoners, the End Child Executions Committee and the Committee to Defend Free and Fair Elections, which aimed to monitor the fairness of voting in Iran.

On December 21, 2008 when the DHRC was planning to hold a ceremony to celebrate the 60th anniversary of the Universal Declaration of Human Rights, security forces raided the center’s offices and shut it down without a court order. Over the following week, they searched the office and seized various items including computers. On January 1, 2009, Basij paramilitaries further ransacked the office as the police looked on.

In April 2010, Mohammadi was summoned to the Revolutionary Court for her activities for the DHRC. She was released on bail, but some days later was re-arrested and taken to Evin Prison. In prison her health deteriorated and she developed an epilepsy-like disease, causing her to periodically lose muscle control. Her condition forced the authorities to relent temporarily and allow her to be hospitalized after a month in prison.

In July 2011, Branch 26 of the Revolutionary Court found her guilty of conspiracy against national security, illegal activities through the DHRC and propaganda against the regime and sentenced her to 11 years in prison. In March 2012, the appeals court reduced her sentence to six years. In April, she was apprehended again and told she must start serving her sentence.

The arrest took place at her home and in front of her two children Kiana and Ali. They had witnessed their parents being arrested before, and were somewhat used to being the only ones present to bid one of their parents farewell.

Mohammadi’s imprisonment led to an international outcry from human rights organizations and government officials, including Amnesty International, which called for her immediate release, Reporters Without Borders, the British Foreign Office, and parliamentarians from around the world.

Mohammadi was transferred from Evin Prison in Tehran to a prison in the provincial capital of Zanjan. But her health deteriorated further and eventually doctors concluded that she could not survive in prison. She was released in July 2012.

In 2014, when Catherine Ashton, the High Representative of the European Union for Foreign Affairs, visited Iran, Narges Mohammadi accompanied her to a cemetery, where she delivered a speech at the graveyard of Sattar Beheshti, the blogger who was tortured to death in prison. “How is it that the parliament members are suggesting a Plan for the Promotion of Virtue and Prevention of Vice, but nobody spoke up two years ago, when an innocent human being by the name of Sattar Beheshti died under torture at the hands of his interrogator?” she asked. The video of her speech was widely circulated on social media.

Despite her health problems, she continued her work and protests against violations of human rights in Iran. In October 2014 she participated in a protest rally outside the Iranian parliament in reaction to acid attacks against women in Isfahan. The perpetrators of these attacks are still at large.

Besides accusing her of conspiracy against national security and membership to the campaign to abolish the death penalty, the new case against her includes the rare charge of cooperation with Islamic State.

International human rights organizations have asked for her immediate release, especially since she suffers from poor health. But the Intelligence Ministry has made a written request to impose the maximum punishment on Mohammadi, as her husband Taghi Rahmani told the International Campaign for Human Rights in Iran.

In 2009 Mohammadi received the Alexander Langer Award for her record of promoting human rights. In 2011 the Swedish Government and the Living History Forum awarded their prize to Mohammadi “in recognition of her fight for human rights and women’s freedom, with personal courage and despite repeated serious infringements of her freedom.”

She was not able to accept either award in person.

50 Iranian Women you Should Know: Googoosh