In the previous episode of My Stealthy Freedom, we saw that Masih Alinejad was expelled from high school for challenging religious teachings. She later decided to leave her village and go to Tehran to become a journalist. At this time, most reformist newspapers had been shut down; only a handful remained, including the Hambastegi daily. Masih presented herself at Hambastegi’s office and soon became the newspaper’s parliamentary correspondent.

This is where a now well-known — and controversial — image of Masih Alinejad was taken. She was different from other parliamentary reporters in almost every possible way. Her dress did not conform to the religious standards of parliament, and Masih, as she described it herself, asked questions “loudly and frankly.” Many members of parliament refused to put up with the young reporter, and they often started quarrels with her. One day an MP who was also a cleric came close to hitting her with his fist.

Eventually, the parliament expelled Masih Alinejad after she published details about some MPs’ earnings, calling into question their claims to be living simple lives. We called this episode The Ugly Duckling — the reason is explained by Masih herself in the video. 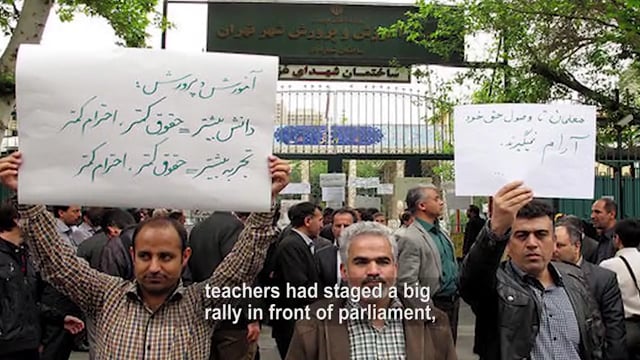 My Stealthy Freedom Documentary; Part 9: The Ugly Duckling from Iranwire.com Vimeo on Vimeo.

If you are interested in participating in the making of this documentary, feel free to send us your comments, videos or pictures by following the instructions at the end of the video.